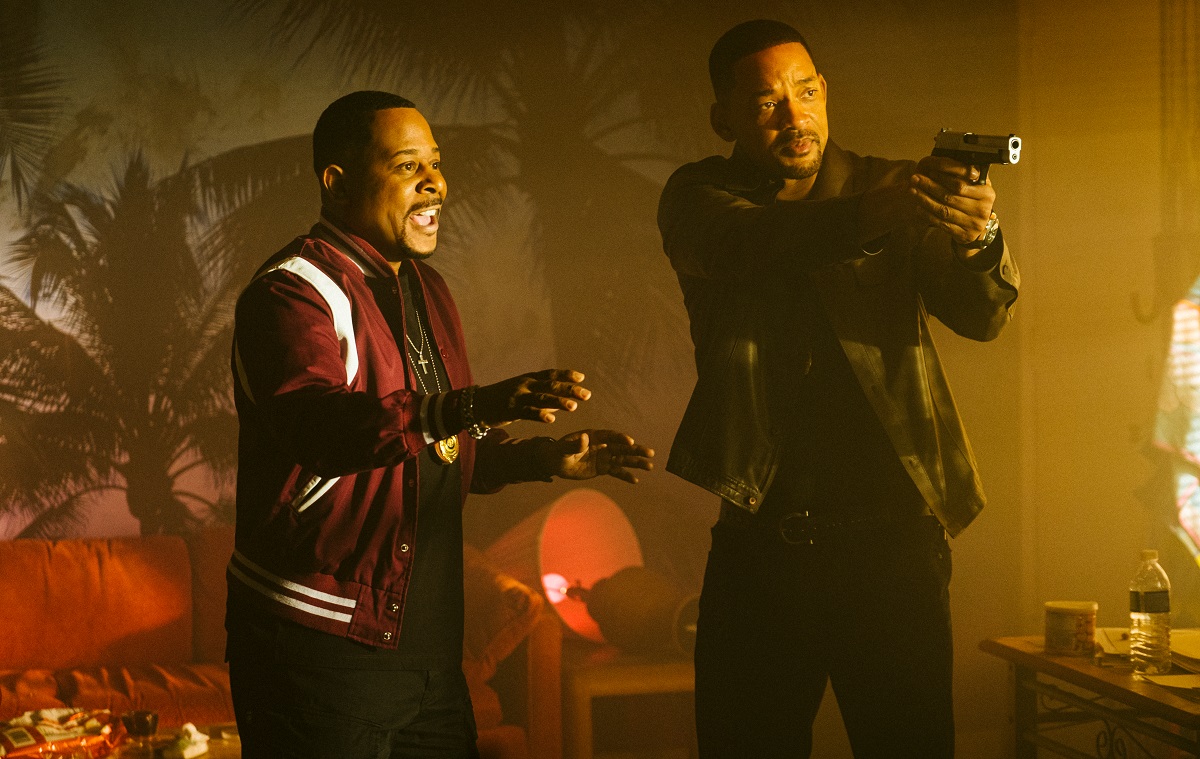 There’s an admirable brashness to the Bad Boys saga that takes a unique turn in Bad Boys For Life. On the surface, yes, it’s little more than a one-last-time mission for the aged cop duo. But unlike Michael Bay’s bombastic entries prior, this third film feels a little more grounded and contemplative with the return of Will Smith and Martin Lawrence, aside from the easy old-guy jokes. I didn’t expect this film to bring up the consideration of non-violence and faith within its characters. But, much like the scene where Lawrence curiously pokes a villain’s mushy head wound, it probably shouldn’t have indulged such a concept ill-suited for running and gunning.

Bad Boys once more works well when it embraces its giddy nature. The chemistry between Smith and Lawrence again playing detectives Mike and Marcus hold up well. We get a lot of moments with them joking, arguing, and showcasing how much they can still kick ass. Well, Smith does at least. Lawrence seems to be getting a little long in the tooth which explains why he’s more keen to retire from this line of work, especially now that he’s a grandfather. All their bickering is still as much fun as it ever was.

It’s when the film starts getting serious that the philosophy behind the picture starts falling apart. Believe it or not, the bizarre admittance of the villain sending out a hitman against Mike being a literal witch is not the most off-putting aspect. In an unexpected moment of tragedy, Mike is gunned down with three shots and is rushed into surgery. While Mike is under the knife, Marcus prays to his god that if Mike’s life is saved he promises to not bring more violence into this world. That’s a promise that neither Marcus nor the film can make.

Had this been a mere one-off joke or tongue-in-cheek moment of drama, it wouldn’t have bothered me as much. But throughout the film, Marcus attempts to give this whole non-violence thing a go. And he fails. During a car chase, he tries to stress to Mike that they don’t have to kill all the criminals they’re chasing. By the climax of the picture, however, Marcus is back to being so ecstatic he shot a helicopter pilot in the face with a shotgun. Most film reserves the whole “nonviolence is stupid” trope to some dopey cartoon character, which the film almost gives us with a team of hotshot hackers assigned to work with the duo. But Marcus’s attempt at the concept becomes both a running arc of drama and comedy that ultimately gives up on the idea.

Unlike the Michael Bay movies, this picture feels competently scaled down. The gunfire feels more fluid, the action sequences better shot, and even the explosions seem to have been ramped down just enough to not decimate a whole city block. Chases in cars and on motorcycles are still exhilarating. Showdowns and shootouts still have a bit of grit to them, even if some of that seems to be a ramping up of the volume. I even dug some of the new sidekicks assigned to Mike and Marcus, including the tallest and toughest of the lot who reserves himself to working with computers. He’ll, of course, come out of his shell and bust some heads but will also say that he needs therapy after going through such an experience. He earnestly says it’s not a joke, despite the movie more or less treating it as one.

The supporting cast is also rather strong. Vanessa Hudgens adds a lot to a character who may possibly end up with Mike after all, though it seems they have one more move to get over a few more hurdles in their relationship. Joe Pantoliano is still a lot of fun as the easily angered and aggravated captain, still fuming about taking yet another shot on Mike and Marcus with all their collateral damage baggage. And then there’s a host of new and familiar faces that fill out their roles well.

Bad Boys For Life is a bit frustrating in how it never quite finds its core, always meandering around action and banter. Had the film only desired to be action and banter, fine, but when it brings up such interesting aspects of aging and violence only to use them as mere punchlines, there’s a bit of squandered potential here. There are untapped ideas but at least enough ideas on paper so it’s not just two hours of Will Smith and Martin Lawrence making old people jokes, shooting bad guys, and trying to sing the theme song. For the record, they sing that song way too many times in this picture. Smith ends the picture recommending they change the song but they can’t. The movie can’t. It is bound by Bad Boys lore and it’s very surreal to watch it struggle with trying to escape its action trope staples, only to settle back into them by the time the credits roll.