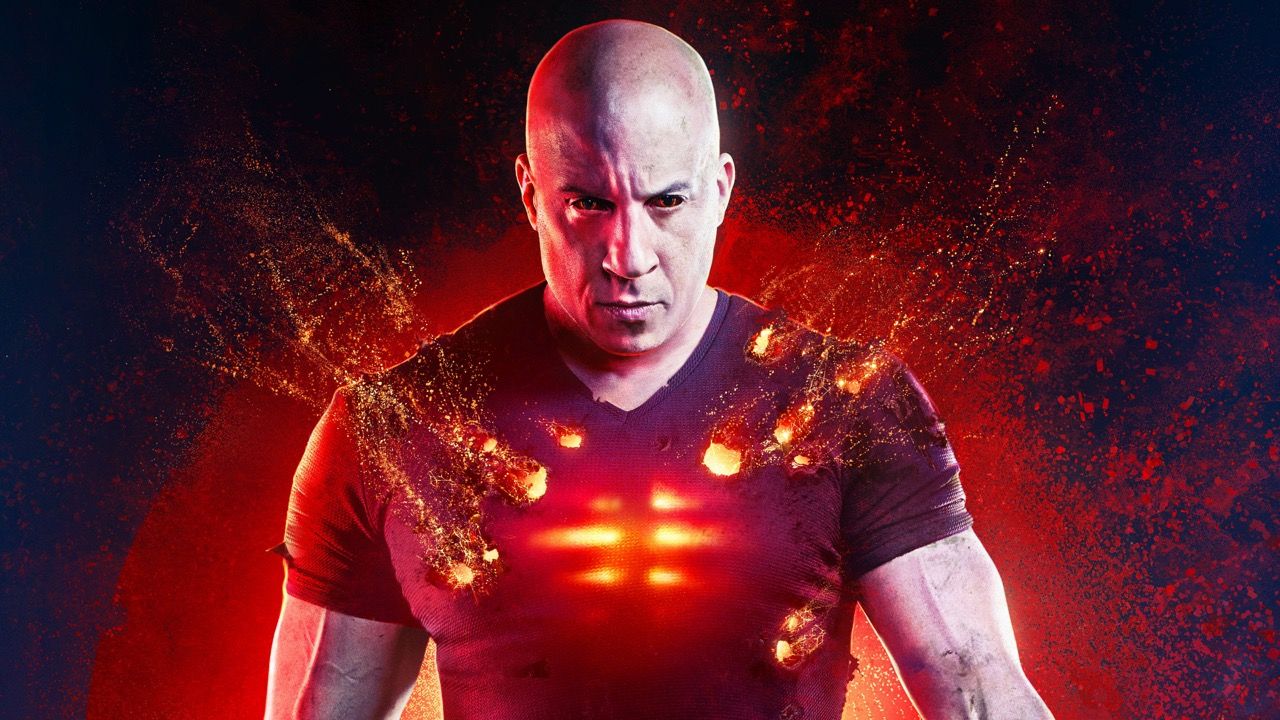 Roger Ebert once referred to Die Hard as a bruised-arm action picture, where the hero ends up battered and bloody by the end of the picture after having survived an explosive experience. Bloodshot should fall in line with a new category, say, the rough-skin action picture. It’s a film where the action becomes increasingly absurd with a smear of superhuman powers that by the end of the picture our hero is more of a cartoon creature than a human being. How strange a feeling it is to watch Vin Diesel slowly turn into the world’s worst lava lamp.

Based on a comic book, with a very 1990s style to retooling the title character to look less like the Japanese flag, the film follows Diesel as a brash soldier. He rushes into terrorists situations where he should probably wait and, sure enough, his latest mission finds him kidnapped. No, wait, his wife is kidnapped also. And she’s killed. Then he’s killed. Rough. But then he awakens as Robocop (sort of).

He’s informed by an astute scientist played by Guy Pearce that he is now infused with special nanomachines capable of super-strength and reanimation. So he’s essentially a super-soldier but glows a warm red color when he gets shot a lot. It would be unique if this immortality had a limit, considering his glowing body upon being shot seems like he’s getting too hot. Maybe he does but all we know for sure is that an EMP wave could stop him (kinda, maybe).

Diesel is introduced to the organization that saved his life and made him faster, stronger, and totally not the Six Million Dollar Man. There are other service men in similar spots but they’re more like lesser X-Men considering I can recall more of their cyborg abilities than any character they might’ve had. There’s a woman who has a cybernetic neck that allows her to breathe anywhere and a guy with Doctor Octopus arms. I’ll call them Gill Girl and Doctor Notopus. His time at the organization is so underwhelming that Diesel’s first use of his powers is to lift weights. Yeah, the heaviest weights, but not the most absurd weights. Is this supposed to wow us that much? Oh, Bloodshot can also access the internet and learn everything quickly. Seems like that feature might be a bit more impressive than weight-lifting.

Bloodshot starts off as a ho-hum Robocop with dreary Diesel-isms of sex, drinking, and tough talk most mundane. But then a twist is revealed. Turns out the organization is manipulating his memory to inspire him to kill what he thinks are terrorists. In reality, he’s being programmed to kill those against the cybernetic program. It’s an interesting angle except it’s revealed too early and lacks that extra punch to show a more uneasy Diesel. There’s an important scene where Diesel confronts Pearce about the importance of choice for soldiers, even those unsure how to navigate the world. How sad it is to watch this scene fall apart by Diesel’s acting which does not bode well for the intended somber passion.

There’s one saving grace of the picture and that’s Lamorne Morris playing the giddy hacker. He’s about as well-written as a nerd out of The Big Bang Theory but he owns that role and brings some emotion as opposed to the bumbling brooding of characters who rarely feel human. Every scene he was on screen I smiled at how well he owned this role, far more than the robotic roles of the tepid tough guys and generic villains who plague a picture with an interesting twist that falls flat. By the climax of the film, Diesel goes full cartoon with an elevator fight scene that has CGI most dated, as though the film really is committed to that throwback angle of making superheroes look less silly. If that was the film’s goal, it didn’t succeed by having glow-in-the-dark Diesel versus Doc Ock cosplayer Sam Heughan.