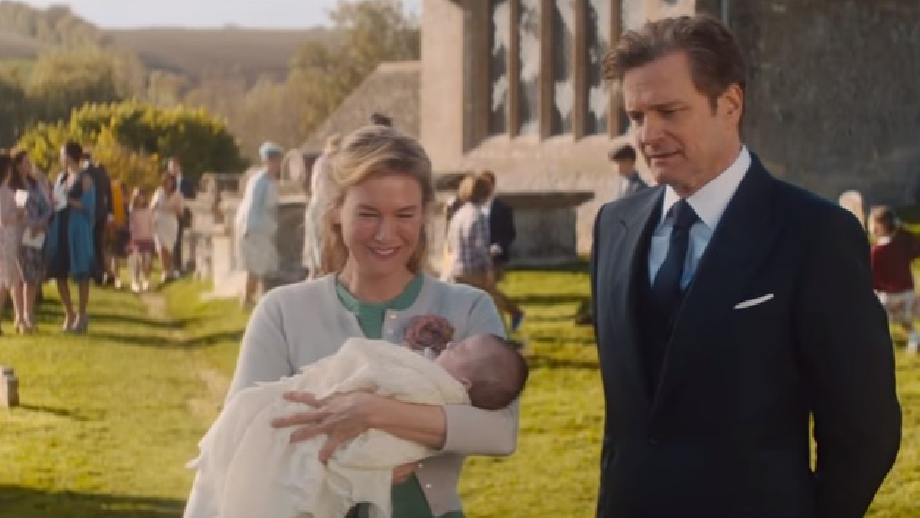 The return of the Bridget Jone’s saga is one that seems to slip back into its own groove with an odd comfort. The cast of characters are a older, more wrinkled, and have didn’t desires but the story is essentially another one of sitcom level romantic humor. There’s not much ambition past this level of sentimentality but for narrowing its sights amid plot dressings of political careers, I’ll gladly take the love triangle than to watch the film sputter in these directions.

The premise is a very simple one. Bridget Jone (Renée Zellweger) is stuck in a rut at her age, watching her friends get married and have kids while she is still alone in figuring herself out. Her troubling concerns about her love life start to effect her job as a newsroom tech, leading to some awkward moments of making political guests uncomfortable which surprisingly doesn’t get her fired. Her friends try to help her out with nights of drinks and partying. She tries to find someone new but the fact remains that she’s still not over Mr. Darcy, considering he’s played by Colin Firth. But Jones still tries anyway and finds another charming and younger night of love with the patient and understanding Jack Qwant.

Jone has one-night-stands with both of these men. A few days later, she discovers she is pregnant. But is the father? Jones plays a nervous game of both revealing to the men her pregnancy and trying to decide who she should truly marry. When your biological clock speeds faster than your relationship clock, there’s not much time. What follows is pregnancy hijinks with both men in tow. The three of them attend a pregnancy breathing class and the teacher believes Darcy and Qwant are a gay couple with Jone as a surrogate. Original? Nope but at least we get some chuckle-worthy reactions from the unamused Darcy.

I’m not sure how intended this aspect of the story was but I was intrigued with how a lot of these characters bounce around a volatile and chaotic political landscape that they seem to brush off as work. Jone work as a news coordinator leads to more than one cringe-worthy political interview but her project of allowing anyone with an application to chime into the news goes horribly awry. It’s clear that she’s not thinking too much about this when one smartphone amateur news report comes on during her presentation of men showing their butts and saying the news sucks. In a similar manner, Darcy is a lawyer who represents young people wanting to rebel with their music. When his clients protest loudly in court, Darcy merely sighs and remarks he can’t wait to get back to cases of genocide.

But there’s a certain charm to how all parties are not quite ready for the world, with the exception of Qwant being a skilled listener and instructive guy. Of course, I’m sure it’ll come as no surprise by the second act just who Jones will choose for marriage. And, yes, she will choose by the end of the picture; there’s no Bridget Jone’s Wedding coming soon. That being said, the banter, though very expected and even tired in some spots, is delivered with grace by these actors who slip these roles on like a glove.

Bridget Jone’s Baby doesn’t promise much but does suffice for a modest love triangle which somehow clocks in at over two hours. It’ll certainly play well with its female audience, considering the relatable awakwardness and sexual desires of Jone as well as the addition of Emma Thompson playing a doctor with a razor-sharp tongue for playing it straight with her patient. As far as romantic comedies go, you could do far worse than watching Renée Zellweger and Colin Firth amble around each other like shy kids.