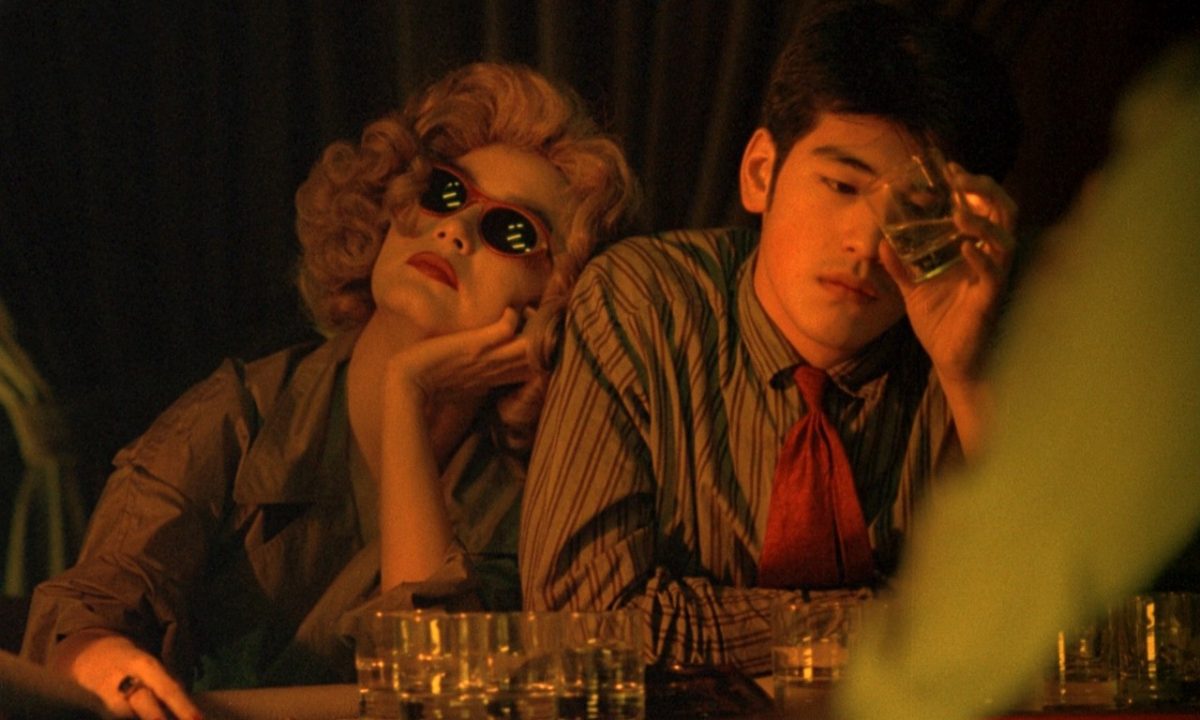 Chungking Express is a wonderful portrayal of quirky, confused and complicated people in the crowded corners of Hong Kong. A young cop faces a quarter-life crisis as he approaches his 25th birthday. A mysterious blonde-wigged woman becomes a mess as her underground drug operations go south. A restaurant employee plays “California Dreamin’” loudly at the counter to avoid thinking. Another cop laments about the recent breakup of his girlfriend by treating all his inanimate objects like human beings, from stuffed animals to washcloths. Some of these characters collide, and some don’t. Some of their stories have an ending and others ambiguously fade away.

Qiwu, the quarter-life crisis cop, has an unhealthy obsession with expiring food, seeking out canned fruits and meats one day before they expire, more out of principle than penny-pinching. He spends his evenings at a takeout restaurant, desperately calling up girls from his past, hoping to find love during the midnight hours. He consistently jogs, hoping his body will use up the tears either out of loneliness or for comprehending his limited time on this planet.

He later runs across a woman in a blonde wig and sunglasses. She spends her nights running a drug trade, hiring Indian immigrants to smuggle narcotics out of the country, but Qiwu will never learn this about her. He bumps into her once on the street and then again at a bar where they share drinks before sharing a hotel room. You might assume from this meeting that the two form an odd relationship of cop and drug dealer. You may even think Qiwu hooks up with the unusual new addition of the peculiar Faye at his usual takeout joint. And you’d be wrong.

When the movie appears to become predictable towards the middle, the story veers off course and shifts to a new cop character, referred to only as Cop 663. This story still has Faye, but now takes place during the day and is a far lighter story of love lost and found. Faye takes an interest in the cop after reading a note left by his flight attendant lover that started days ago. She sneaks into his apartment during the day and playfully begins to toy with the environment, changing food labels and adding pictures to his walls, hoping that the cop will notice something different in his usual routine. There’s a happy ending to this tale, but, again, not as predictable in character or tone.

Director Wong Kar-wai has a very casual and engaging approach, due partially to going into production with a script not finished and with a limited amount of time to shoot. He takes the time to focus on the little aspects of these characters while not revealing too much information. Qiwu becomes an interesting puzzle for his obsession with both time and distance, thinking about how close he will get towards people and how long before he will meet them or part ways.

When the story shifts focus to the blonde-wigged woman, the camera breezily pokes around the corners of her cramped operations, from where the drugs are hidden to where the immigrants will eat. Sometimes the framerate will drop for a thrilling chase through the streets and sometimes the camera will zoom close onto something arbitrary, be it the expiration date on a can or the jukebox of a nightclub. There’s always something to see and someone to follow in

Kar-wai’s constantly moving portrayal of Hong Kong. The Chinese title for Chungking Express translates to Chungking Forest or concrete jungle. The English title of adding in Express better emphasizes the connection of the restaurant where Faye works and where the cops usually stop by to order coffee or confess their woes. It’s a location that plays a more prominent role in their lives, more than just out of routine, and Kar-wai lets us in on the simplistic beauty of such a typical city sight. It’s one of many beautiful scenes in a picture that paints loneliness in the city with a strange and sometimes indescribable joy.

*The following review is an excerpt from my book, THE BEST, WORST, WEIRD MOVIES OF THE 1990S.