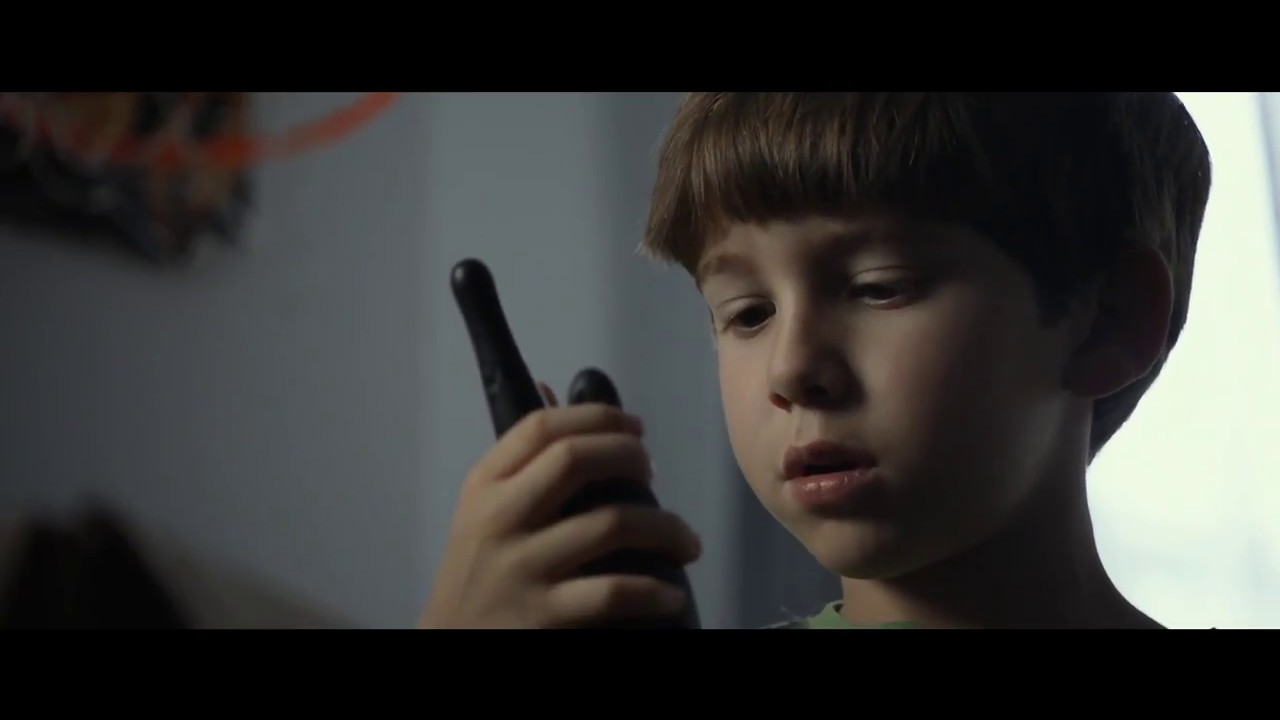 Writer/director Scott Stewart’s previous directorial efforts with Legion and Priest were sub-par say the least. You can tell he really wants to make some cool supernatural films but was perhaps trying too hard. Well, third time’s a charm with DARK SKIES. Maybe it was the influence of working with a producer like Jason Blum (INSIDIOUS, SINISTER), but Scott seems to do much better with supernatural thrillers than action pieces. This film isn’t his magnum opus, but it does showcase his strengths in making a truly scary movie.

The film centers on the Barret family going through financial troubles when they start noticing strange things happening with the house and their two sons. Glasses stack themselves in the kitchen, photos start disappearing and the family has weird moments where they’re possessed. At first, they think it’s the kids, but then start suspecting it may be a supernatural force at work. Sound familiar? Yeah, let’s just admit it. This is pretty much the plot of Poltergeist. However, Dark Skies has a lot of elements that work well without relying on the extra-terrestrial angle.

The characters are the best thing going for this film. It’s easy for these types of films to have characters you absolutely despise and can’t wait to see attacked, but this family is very well developed. The marital bickering between Lacy (Keri Russell) and Daniel (Josh Hamilton) feels very real with intensity as high as the supernatural elements. There is a unique brotherly bond between Jesse (Dakota Goyo) and Sam (Kadan Rockett) that feel just as relatable. Sam is mostly just the innocent child used as the typical creepy kid device, but his character does a great job at fulfilling that role. Jesse has some awkward moments of teenage angst that doesn’t really advance the plot, but it helps make his character more three dimensional.

The haunted house scares are actually quite effective in their execution. The stacking stuff in the kitchen bit has been done before, but here it’s quite an elaborate construction that forms alien symbols on the ceiling. And how many times have you screamed at your TV for the victims to just leave the house? Well, Dark Skies actually answers this question outright with a good explanation. It’s not a clever excuse, but a suitable one for the plot. There is also a lot of interesting perspectives thrown into the plot that you question if what the characters are witnessing is a dream, a hallucination brought on by the aliens or an event that actually occurred. In one particular scene, one of the family members become possessed and smashes their head against a glass door repeatedly, only to wake up and discover that event actually happened hours ago.

There are so many strengths to DARK SKIES that it’s disappointing for its faults. The third act is where things start to fall apart as the movie drastically shifts in tone. This occurs right after alien expert Edwin Pollard (played by a very subdued J.K. Simmons) states that the aliens’ true motives can’t be determined and that the family should fight back. This sends the family into mode with boarding up windows, buying a gun and acquiring a guard dog. While the final climax does have some neat visual effects as the aliens trap the family, its ultimate resolve is rather underwhelming.

Though it seems to run out of ideas towards the end, the movie is overall quite enjoyable. It falls into the habit of a few typical tropes, but the areas where it shines are surprisingly entertaining. You actually care about the characters, the plot moves at a steady pace and the creepy atmosphere works very well.

Dark Skies doesn’t reinvent the wheel for the haunted house or alien abduction genre but serves as a decent fright feature. There are good scares, above-average acting and effectively creepy aliens. It’s more of a good old-fashioned scare for how much it stumbles trying to make aliens a threat as spooky as ghosts.