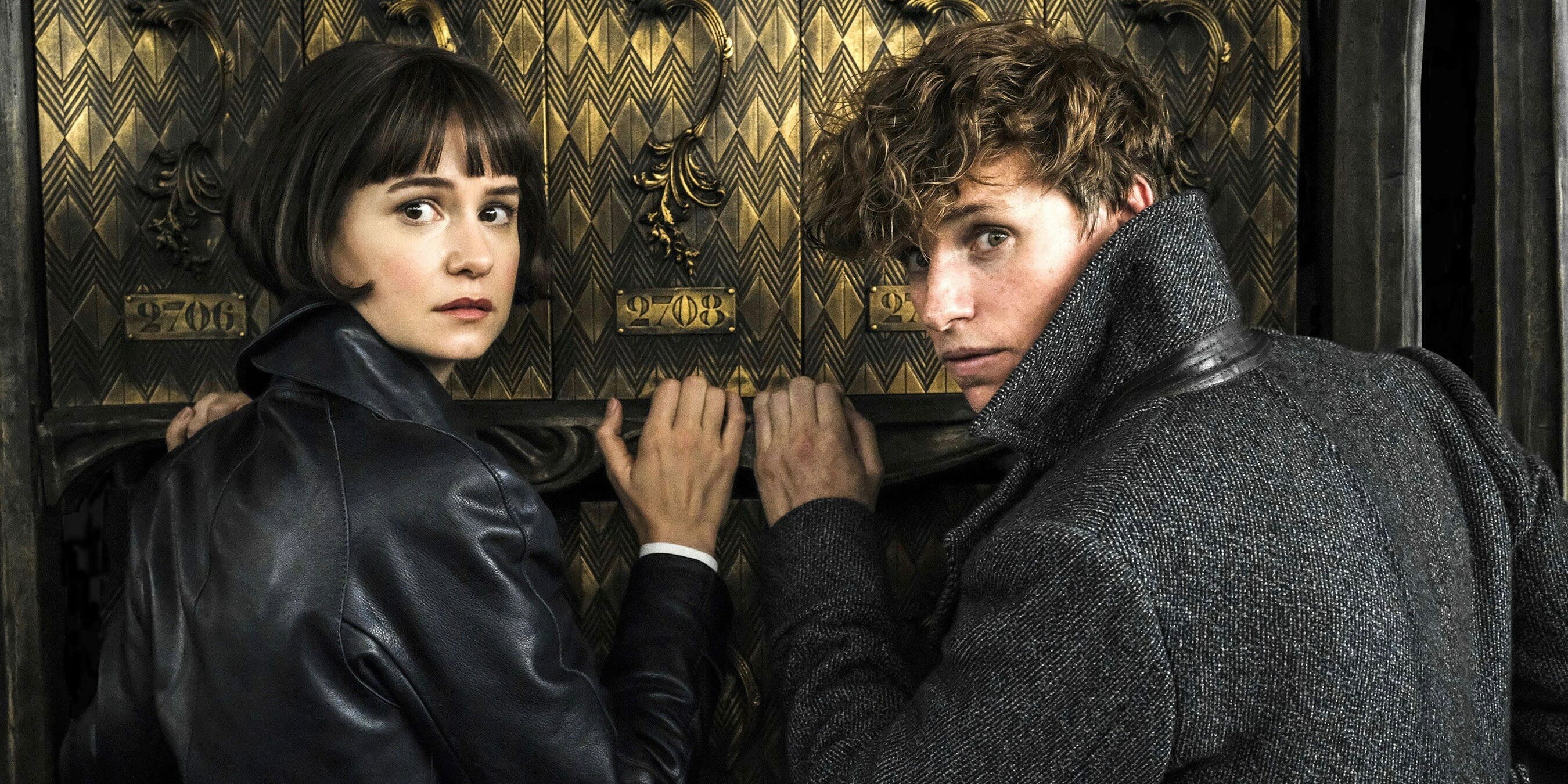 Prequels are tough to get into when you’re aware of everything that will happen to certain characters. The Crimes of Grindelwald seems to be trying to overwhelm the audience with too much lore and characters, as though it were conjuring a distraction from the rather dreary and feckless fantasy. Perhaps you’ll find yourself so busy trying to piece together all the character histories you won’t notice how muddled its storytelling is. No? What if the movie threw giant cats at the screen?

The story unfolds in the similar separate arcs. Newt (Eddie Redmayne) still doesn’t want to get involved with this business involving the criminal wizard Grindelwald (Johnny Depp). He’d much rather tend to his found magical creatures and maybe, kinda, sorta form a relationship with American Ministry agent Tina (Katherine Waterston). Oh, and he’s once again teamed up with muggle Jacob (Dan Fogler) because he also has to make amends with the enchantress Queenie (Alison Sudol), despite her having tricked Jacob into marrying her with a spell. Of course, there’ll be some magical creature hijinks along the way, though not as fun as the previous film. Newt will at one point have to wrangle a magical tiger with a feathery toy, being the most obvious of distractions from this sloppy storytelling.

The Grindelwald arc isn’t all that engaging either. Deep delivers his standard quiet, emotionless, and disinterested villain performance as the frosted criminal wizard. Lacking in charisma, he takes the long route of trying to recruit cursed wizard Credence (Ezra Miller) into his cause by staging elaborate deaths, assassins, and deception from within the British Ministry of Magic. He doesn’t even seem to do much of the dirty work when it comes to the killing of children. His ultimate goal of overtaking the muggle world also comes with an uncomfortable vibe of the all-encompassing, where Grindelwald not only foreshadows the coming of the Holocaust but suggests he can prevent it. Are these really the hallmarks of a Wizarding World film? Dead children and Holocaust references?

JK Rowling makes her script needlessly dense with characters and lore meant more to pad out the runtime of this bridge picture than ever fully advancing the story. I now know more about the past of Credence than I ever cared to know, including his switching at birth revealed murder-mystery style. I learned that Albus Dumbledore (Jude Law) has ties to Grindelwald but what’s the point of this information is Dumbledore does little more than smile from the sidelines? And what was the point of introducing Nagini as a human wizard that would later become Voldemort’s pet snake? Why not just throw Hagrid into the mix while you’re at it?

I could tell by the whisperings among the fans in the audience that there was much tampering with the chronology of the Harry Potter world, as though JK Rowling is revising her own history. I personally don’t care how much she warps her world so long as its one that I can be invested in following and enjoy the character dynamic. This is not the case with The Crimes of Grindelwald, a fantasy far too comfy within its own world that I’m starving for a real story and not just a tangled tapestry of arcs not worth unraveling for the 2+ hours this bridge film pads out. Perhaps this saga has grown so dark with its lore that it can’t see its flaws. The sitcom-style plot of Newt and Jacob trying to please their ladies is tedious and the Grindelwald case presents big ideas cheaped to a non-conclusion of the Ministry fighting his Blue Eyes White Dragon spell. Even the special effects seem to be lacking, with no particular flavor to the Paris setting and CGI cats that look like they were ripped from a smaller-budget film. If this magical world hasn’t lost its magic yet, it’s certainly draining. I pine for the simpler days when Harry Potter didn’t require a corkboard fit for conspiracy theories to keep track of the story.