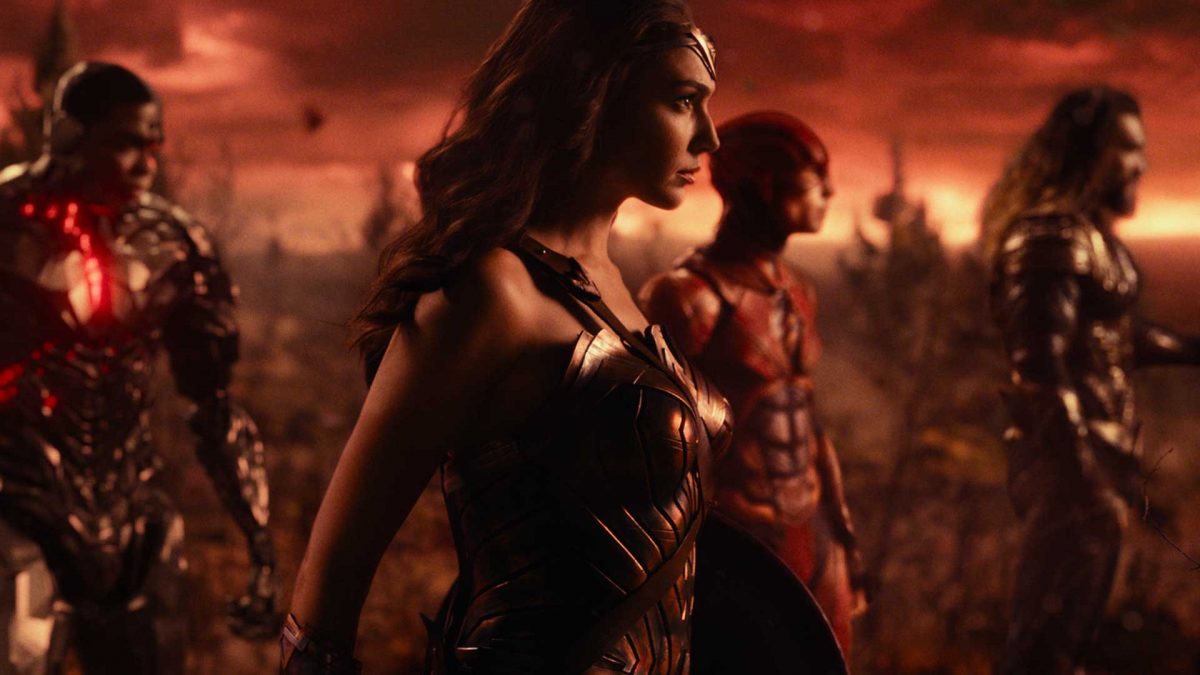 Full disclosure: I’m more of a DC Comics man than a Marvel reader. So I was very much anticipating the first big-screen depiction of the Justice League, despite Warner Brothers’ questionable stumbling towards creating a DC movie universe. The bar is pretty low for this film, which is rather disappointing for DC’s first theatrical ensemble picture. Though Snyder’s direction is still spotty and flawed, there are small bursts of hope present, more so than the painfully dark and muddy Batman v. Superman, though not as many as the triumphantly bold Wonder Woman movie.

Both a positive and negative aspect of such a film is that it doesn’t waste time with too much exposition. Within the first few minutes, Batman (Ben Affleck) has already encountered a Parademon and is trying to decipher the mystery of the mysterious artifacts of the Motherboxes these winged beasts are searching for. With Superman dead, he’s going to need some help for the inevitable big bad coming to collect these boxes and conquer Earth. Wonder Woman (Gal Gadot) is already onboard, but they’ll need a few more heroes to complete the League. They’ll also need to be quick as Wonder Woman informs Batman that the new threat is already here.

No, seriously, the villain of the picture pops up quickly and without much explanation. Steppenwolf, your standard tall and god-like antagonist that drones on in doomsday babble, pops up to start reclaiming Motherboxes, seemingly out of nowhere. There’s a brief explanation of Steppenwolf’s history on Earth, how he sought to use the Motherboxes to bring about an apocalypse that was halted, but no mention of how he travels through Boomtubes, where he acquires these Parademon minions or what he means when speaking of New Gods. There’s a whole story in there about Jack Kirby’s Fourth World with its rich history and supernatural family drama between planets, but there’s no time for that at only 120 minutes!

And there’s no time for much introductions of our new heroes either. Barry “The Flash” Allen (Ezra Miller) is established as the super-speedster rather quickly, joining the team out of impression and social desires. Cyborg (Ray Fisher) has already had his accident with a Motherbox that turned him into cybernetic being, but he’s still not comfortable in his new metallic skin. He’ll need to suck it up and learn fast. Meanwhile, Aquaman (Jason Momoa) appears almost reluctantly going into battle, but still approaches the saving-the-world climax like a frat member pounding beers and crushing them on his head. I don’t remember Aquaman being this much of a dude-bro, but I suppose Snyder wants to push this character’s coolness, considering his previous depictions in Superfriends made him seem dopey and useless.

The story is relatively bland but has its moments of delving into weird and familiar comic book territory. There comes a time when Batman realizes they need Superman for this fight against Steppenwolf. How the Justice League revives Superman is so bizarre and somewhat in bad taste for disrespecting the dead, but there’s something admirable about how the film is willing to take such a weird risk that even the characters acknowledge might be a bad idea. Speaking as a fan of DC Comics, there’s also a refreshing way to how the film approaches the realms of Themyscira, Atlantis, and Gotham with a casual and quick nature. I like how Snyder can effortlessly transition from Amazon warriors riding horseback with arrows flying to Atlantian guards manipulating water to stop the forces of Steppenwolf. Keep your eyes peeled in one of the flashbacks for an alien member of the Green Lantern Corps.

For as many improvements as Joss Whedon makes to Snyder’s all-over-the-place scripting, the film is still making a few of the same mistakes that are still just as annoying. The charisma is simply not here with jokes that fall flat more than they hit, mostly because there isn’t much time to get to know the three new heroes added to the slapped-together League. The Flash speaks in awkward quips. Cyborg delivers dead-pan analysis. Aquaman talks as though he’s the coolest student on campus. Even less developed are the supporting characters for these supporting heroes. The film nearly skates by the introductions of Barry Allen’s father in prison, Cyborg’s scientist dad and Aquaman’s love interest Mera. In particular, Mera feels like such a wasted opportunity given her one scene to showcase how she can master water and create oxygen bubbles.

So much of this film doesn’t work, but the brief scenes of heroism and teamwork almost make up for the ineptitude, as though Whedon’s quippy patches kept this ship from sinking entirely. The movie slowly inches closer to the heroes I wanted to see, with Batman being a snippy anti-hero, The Flash being a peppy dork and Superman being a bright beacon of justice that saves civilians from harm’s way. There’s some hope for the future of DC Comics movies, even though it’s not quite here. Superman delivers a quote about hope being like car keys, about how sometimes if you dig around enough you’ll find it. I’m just getting a little tired of Warner Brothers’ constant digging, even if they can finally hear the jingle. It’s a better table-setter than Batman v. Superman was, but how many more of these movies have to be prep for better ones? The Justice League movie should feel like THE Justice League movie; not a rehearsal for the grander film forthcoming.