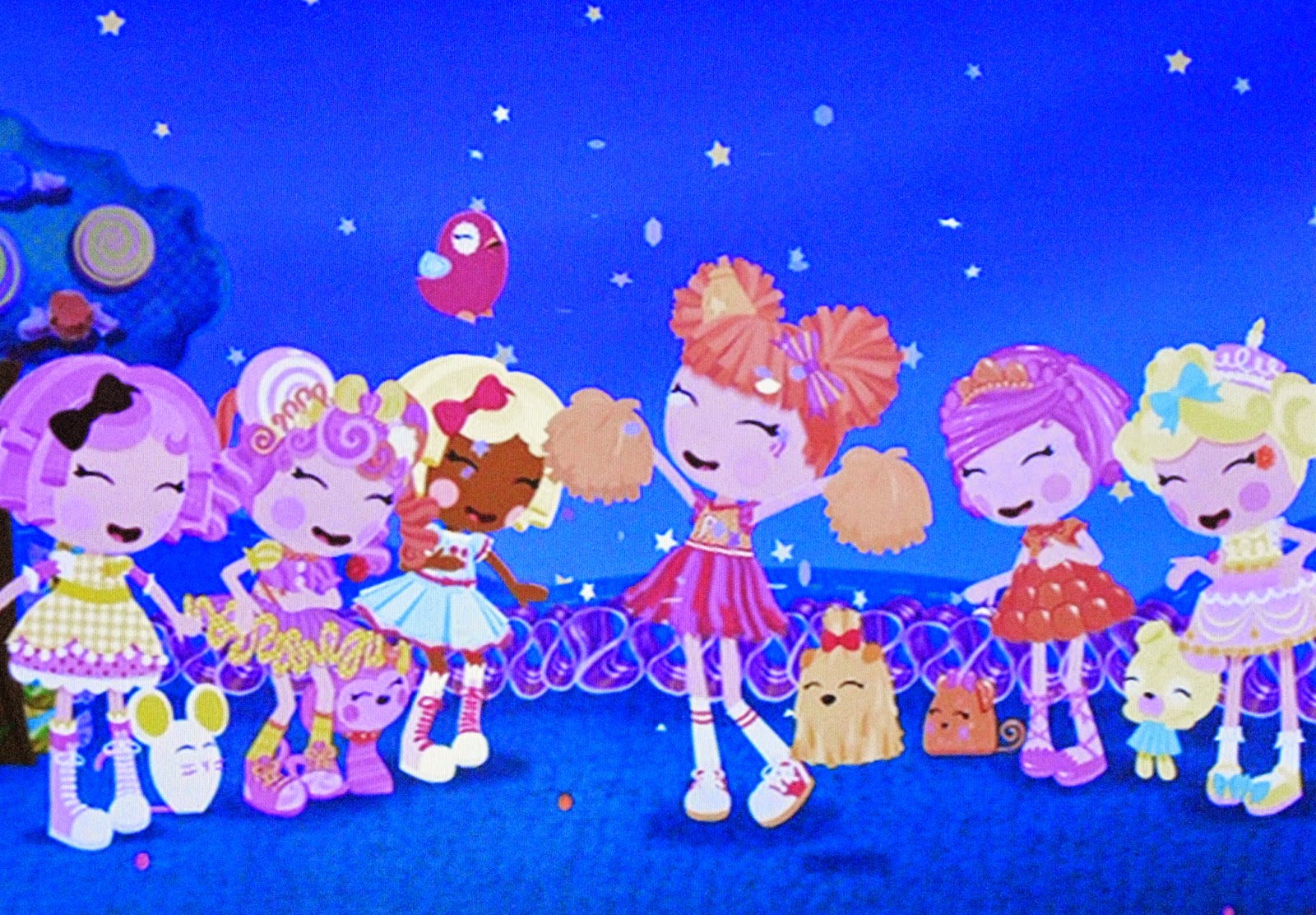 Years ago I ripped apart the merchandising vehicle that was Monster High, hoping it would die out within a few years for a new fad. Not only did it spur forth with many more films, but now it has expanded into live-action music videos. I later saw grown women donning the garb of the monster dolls for a costume contest. For as much as I loathed the pun-heavy writing and bland character development of those films, I now find myself pining for the eye-rolling of Monster High. After watching another one of these Lalaloopsy videos, I’d be grateful if my eyes could do something besides droop in boredom.

There really is nothing to this story and I’m struggling to find something to latch onto with Festival of Sugary Sweets. The doll world of the Lalaloopsy girls is currently obsessed with their festival of assembling mountains of pastries and cakes. I guess cavities are never an issue when everyone in your society is made of yarn, cloth and buttons. But, oh no, they’ve run out of sugar! What will they do for the festival? They learn to experiment with natural sweeteners and use more fruits and vegetables for assembling treats. And that’s about all there is in a script that’s padded out to fill 45 minutes. There is no major crisis that affects the festival and no character hangups that force anybody to learn anything.

But the way the film just quickly glazes over the aspects of the Lalaloopsy society did leave me with a few questions about their mechanics. The girls of this doll world seem to have organic means of consumption the way they are constantly gobbling down pastries and cakes. I originally thought that sweets were their sole means of nutrition given how it’s all I ever see them eat. Then the film introduces natural sweets and healthier options which may suggest that Lalaloopsy’s agriculture has similar formation to humans. But it appears that two of the littlest girls can make mud pies and actually eat them. This tears down most of my theory in that it’s possible the Lalaloopsy girls don’t actually have any taste buds or proper organs to process food. Is the act of eating just for pretend, echoing previous lifeforms that had taste and digestion?

This brings about the evolutionary questioning of Lalaloopsy’s conception. Just who made these girls and how are they created? I’m assuming they have some grand creator as there are no mothers or fathers present for these girls who seem to live on their own. Maybe they are all orphans of a horrible genetic experiment in combining brains with yarn, exiling the subjects to a secluded island where they run out their remaining days in harmless splendor. They all certainly appear to be built for specific purposes in mind the way their one-track habits rob them of any true personality. The cheerleader girl only cheers people in every aspect of life. Not cheering people on must result in termination of her functions since this character does nothing else in this movie. There are younger girls in the group so perhaps they have also mastered the art of procreation in their yarn-assembled race.

And I just now realized I’ve wrote an examination of Lalaloopsy longer and deeper than anyone will ever care to write. I’ve also probably written the word Lalaloopsy more times than any normal human being should have to write.

Festival of Sugary Sweets is another addition to the Lalaloopsy universe with more artificial sweetener than Splenda. There’s no engaging story or character development to hold your attention even on the most base level of children’s entertainment. The dolls are probably a great product and are a better use of time for kids to develop their creativity. Leave them alone with some of these toys for 45 minutes and I guarantee they’ll weave a better tale than this bland excuse for tie-in marketing.