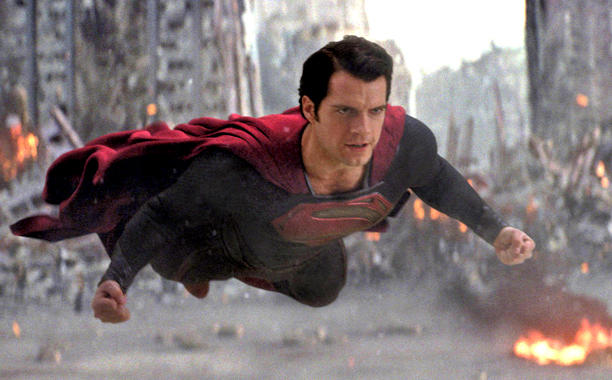 It’s been a long time since there has been a decent Superman movie. Superman 3 and Superman 4: The Quest for Peace were lackluster to the say least and Superman Returns was more of a love-letter than an actual remake or sequel. In the crafty hands of Zack Snyder and Christopher Nolan, Man of Steel manages to be the Superman I’ve been waiting for. He doesn’t explode on to the screen with the same resonance as Batman’s reimagining, but it does lay a solid foundation for the primary-colored cape.

Told in a slightly non-linear fashion, we get to see the last son of Krypton rise to the title of Superman. The film explores how Clark Kent learns to find his place in the world and cope with his powers that become painfully overwhelming at times. In his early adult years, Clark Kent wanders the globe just trying to blend in, but always seems to end up using his powers. Eventually, he discovers the secret of his alien race via an alien vessel buried in the ice. At which point, we finally get to see the iconic suit. It took an hour, but it was well worth the build-up.

Our antagonist for the movie is Zod; not an original villain, but a strong choice that fits with the story. Having escaped the Phantom Zone for his crimes against Krypton’s council, Zod wants to turn Earth into a new Krypton with a giant gravity-smashing device. In addition, he also wants to retrieve the vital codex of his people who were actually stored within Superman’s DNA. Realizing he doesn’t need Superman alive to retrieve this information, it isn’t long before the two duke it out in a city-smashing brawl that makes Superman 2’s fight look like a minor scuffle.

This is a much different Superman than the usual movie affair. Unlike like previous incarnations which dive straight into the heroism theatrics, fun though they may be, this is man struggling to both function with and properly use his superpowers. It gives a reason for why Clark dons the cape and why he decides to lead the life we know he’ll pursue. The scene where he first learns to fly by taking massive leaps and bounds is the best moment of the film as we actually get to see Superman take shape before our eyes.

This is not a perfect movie. It has some pacing problems and the third act fight scene goes on a little too long. And the biggest concern seems to be the violence in how Superman seems to decimate Metropolis and ultimately murder his enemies. But this is actually the most unique aspect of Superman as a character. When he reaches the climax which results in him murdering his foes, he’s frustrated and angry. He realizes he has to be smart about how he uses his powers and foils the bad guys. This is a man still struggling to find his place in the world and how to be a hero. I enjoyed the development in how he still has a ways to go instead of just quickly jumping into the suit and knowing exactly what to do.

For all its questionable flaws, Man of Steel is on the same level as Batman Begins. And that movie had a few problems as well, but the sequel more than learned from those mistakes. That’s why I was so excited after seeing Man of Steel for how much potential a sequel can hold for being the best Superman movie since the original. At any rate, Superman is back and I couldn’t be happier.