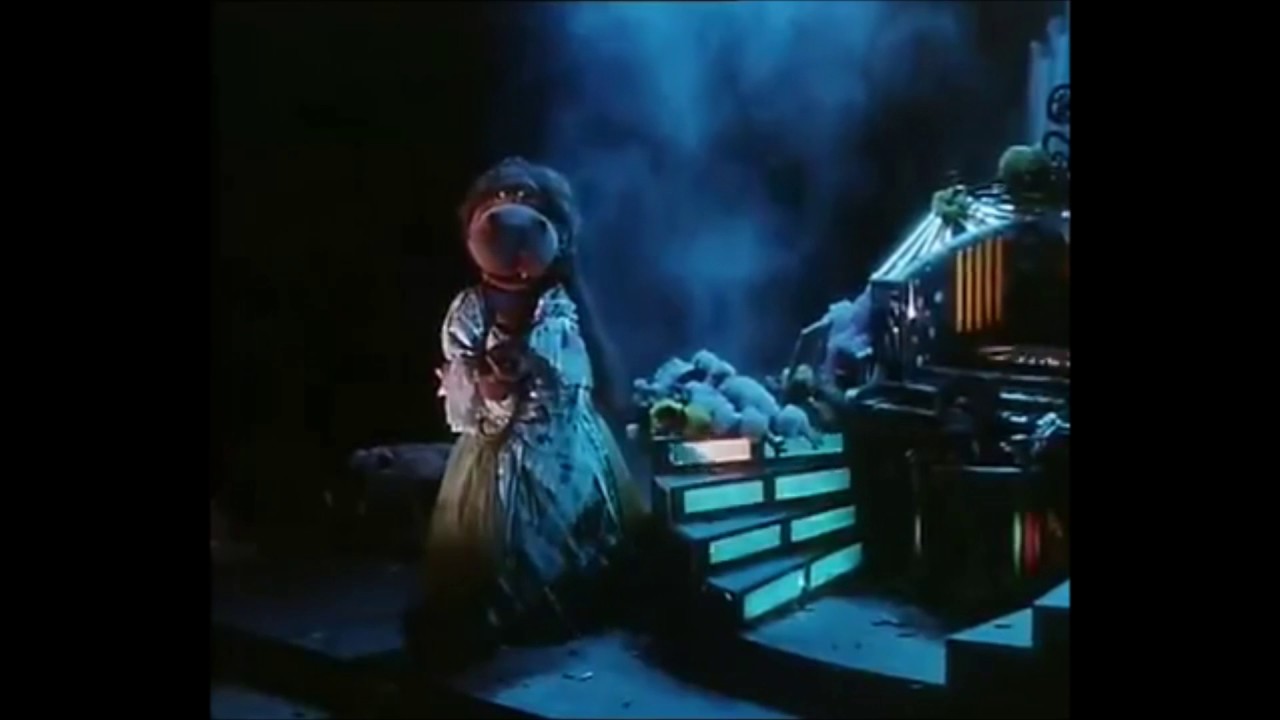 “Ladies and gentlemen, presenting the end of sex and violence on televisions!”

This was the first line uttered in the pilot episode for The Muppet Show. The show certainly made good on its promise by being a crazy variety show that never once relied on gruesome violence or sexual situations. Meet the Feebles takes the same concept of The Muppet Show, a variety show for the whole family, but turns everything behind the scenes into a raunchy drama. Sex and violence is only the tip of the iceberg for this saucy puppet show.

The basic plot is about a bunch of puppets trying to put on a live variety program called The Feebles Variety Hour. The movie focuses behind the scenes, exposing the gritty and dark world of puppet show-business. Everything you’d never expect the Muppets to do, these character do it all. Bletch, a walrus, is the scummy production manager who spends most of his time buying drugs, selling pornography, and cheating on his wife. Bletch’s actual wife is a hippo named Heidi, an obese stage singer with huge self-image problems (as hard as that is to believe). Trevor, a rat, acts as Bletch’s assistant who does must most of the drug dealing and filming of porno in the basement. Wynard, a frog, is Vietnam veteran junky and knife thrower (I’m pretty sure you can guess where this is going). Harry, a rabbit, is the bouncy star of the show who contracts an STD. Sebastion, a fox, is the homosexual director of the variety show who wants to push an inappropriate song into the show. The only moral puppets in this whole movie are Robert, a young interning hedgehog who speaks Elmer Fuddian, Lucille, a female dog actress whom Robert loves, and Arthur, an old worm actor who helps Robert win the heart of Lucille.

In the beginning of the movie, it’s clear that Robert is the protagonist because he’s noble, cute, and has a speech impediment (which enhances his cuteness). His bits are sweet as he tries to win the love Lucille. Things get a bit rocky when Robert catches her being raped and believes that she is cheating on him, but you just know it’ll work out in the end. The main villain I guess would be Bletch since the first time we see him he’s screwing a feline prostitute on his desk. During one scene, Bletch eats a fish who just wants a part in the show. Now, eating other characters on The Muppet Show was a common occurrence. However, we later see Bletch vomit up that same fish half-digested asking if she got the part just before she dies. Not to mention the rest of time we see puppets eating other puppets are when they are dismembered or already dead. There are no barriers for this film in terms of content. Anything goes and usually does.

Some of the highlights include Wynard having a Vietnam flashback where puppet beavers play the role of enemy. I know, that’s racist, but somehow I don’t think director Peter Jackson was aiming for political correctness with this film. They even do a parody of the key scene from The Deer Hunter. Speaking of racism, there is also an Indian puppet (no animal race, just human I guess) who contorts his body to the point where his head goes up his butt. But probably one of the most disgusting scenes in the movie is when Trevor films his porno in the basement. The scene involves an S&M cow and some sort of bug whipping her. When the cow accidentally kills the bug, a perverted ant-eater called Dennis fills in the role and proceeds to have a nasal evacuation all over the cow. And, oh yeah, did I mention there is puppet nudity?

The big question of the movie is do they actually pull off this family variety show live. Well, the show goes on as planned and for the first half goes quite flawlessly. But once Wynard accidentally impales himself during his knife throwing act, it’s all downhill. As Sebastion ruins the show with his song about sodomy, Heidi, sick of being laughed at for were looks, goes on a killing rampage murdering just about everyone in the theater with an M16. Her rampage is quite disgusting in one instance where she shoots the head off a chicken that bleeds all over her baby. Thankfully, Robert stops being such a wuss and saves both Lucille and Heidi from the bad puppets who want her dead. I won’t tell specifically who dies in the climactic shoot-out, but I will say the body count is extremely high.

The main theme of this movie is that love can conquer all. And if it doesn’t, an M16 works just as well. The film ends American Graffiti style showing what happened to all the surviving puppets, which sort of makes for a happy ending considering even the gun-toting Heidi gets a good deal in the end. But, still, I’ll never be able to wipe from mind the horrific moments of puppet exploitation in Meet the Feebles. Part of me likes that. The other part never wants to watch the Muppets again.