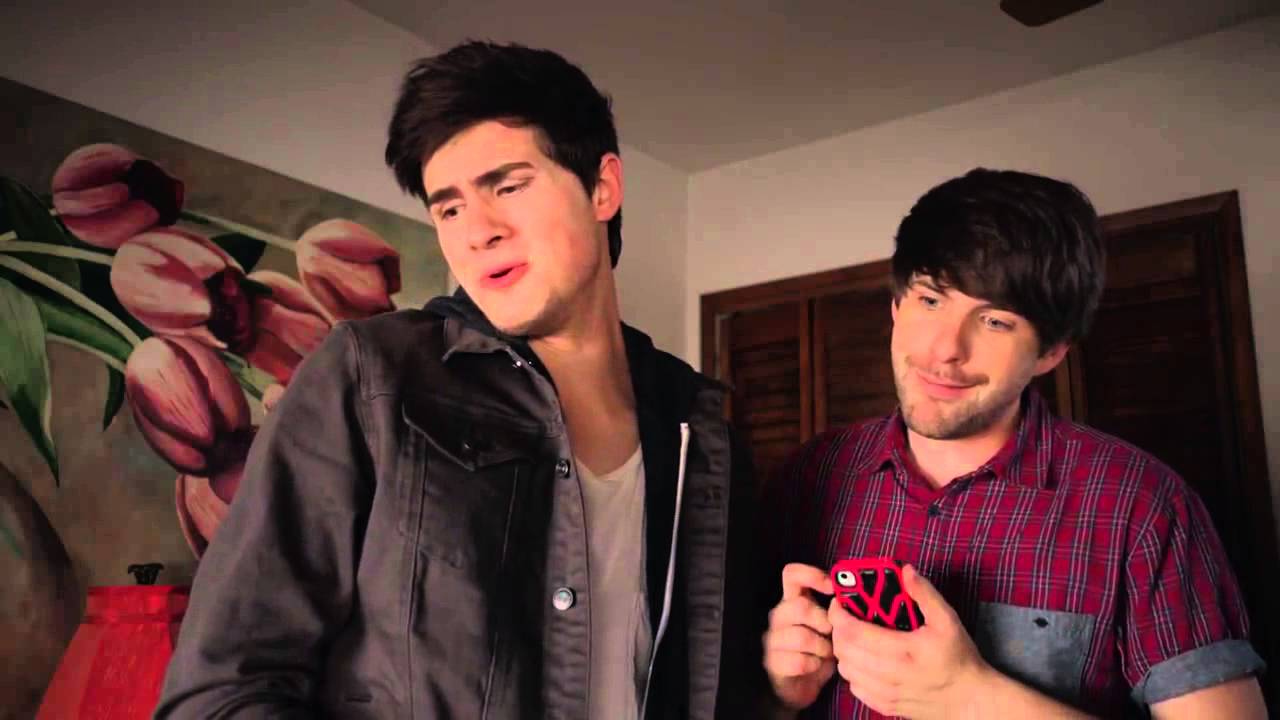 We live in a time where online videos have supplanted television in popularity with younger audiences. They’d rather watch somebody play video games or make a spoof on YouTube. But what price does that popularity serve in the long run? As the viral sensations end their reign in the fast-paced world of online fame, the movie and TV studios attempt to piggyback on what little money there may be left to extract. Even though it may seem as though the two boys of the Smosh YouTube channel have hit it big with their own movie, it will most likely be as far as they will go. They’ve had their fifteen minutes of fame and presenting them in a feature-length movie perfectly displays how they can’t hold 90 minutes.

Taking YouTube celebrities out of their medium and throwing them into a movie make you realize how ill-suited they are outside the website. In the same sense of having a feast of Big Macs for Thanksgiving, the junk food nature of the medium presents itself far too clear in movie form. Smosh: The Movie confirms this theory as a movie by YouTube celebrities about YouTube celebrities is just not interesting, creative or all that funny. Considering it’s a platform of content that doesn’t need any payment, you get what you pay for which happens to be nothing (or 10 seconds of your time for an advertisement before the video).

The script is proof positive that these guys are better suited for producing five-minute skits than a movie. Anthony Padilla and Ian Cox play themselves as slackers living with their parents. Anthony wants to move up in the world by starting with a pizza delivery job while Ian wants to stay a homebody gorging on YouTube videos. A chance for commentary on the nature of millennials? Of course not! This is more of a strange romance in how these two guys are more concerned about getting the girl than where they’re going to be in the next ten years.

The only way Andrew believes he can get the girl is if he removes an embarrassing video of himself from high school off YouTube. The only way Ian can get the girl is if he tracks down a woman he knows only from a butt massage video. Their missions combine when they visit the YouTube company where the only way to remove a video from the site is to enter a virtual reality of all the popular videos on the website. This provides the format for inserting as many YouTube cameos and familiar search results on-screen for the boys to interact with in the simulation.

I’m fully aware that the YouTube obsessed youth will most likely find a gleeful joy from all the surprise appearances of their favorite viral personalities. And, yes, the movie does require that you have knowledge of these popular video creators to get the jokes they make. If you don’t, you’ll be left scratching your head about why Mark Plier appears in a corner of the screen to project loudly into a microphone. But for what it’s worth, I’m aware of Plier and I get the reference – I just don’t understand why it’s funny. That goes for most of the movie which I guess is supposed to be funny by talking about YouTube within a movie. There are some rather painful points that attempt to kowtow to the audience as if to say “what’s the deal with video buffering?” Whatever creative edge Smosh might have had in their online videos seems to have been sidelined for references and a get-the-girl plot that wears thin.

Fans of Smosh and hot YouTube talents will probably get a kick out of this collection of creators, but I tend to think about movies in the long-term. Will the youth of today still be entertained by this picture ten years from now? It’s highly unlikely given the longevity of such crazes as Afro Ninja, Annoying Orange and Fred. Many who grew up during those years are looking back on such fads with nostalgia as opposed to humor. This makes Smosh: The Movie more of a viral video snapshot of our time than a comedy that can be enjoyed out of its online audience. Any teenager who bought this DVD will most likely forget about it in a bin – only to find it years later and laugh about what they thought was cool at that age. This is disposable comedy with an expiration date which, depending on your thirst for quality content, may have already passed.