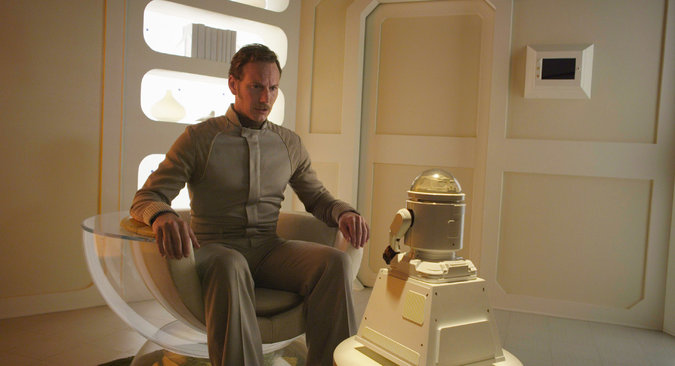 The awkward indie comedy scene need not be relegated to the hipster landscape. ‘Space Station 76’ defies that sub-genre by injecting a similar writing tone into the setting of an isolated space satellite, ala ‘Space: 1999’. Rather than filling this retro vision of the future with stock characters constantly flipping switches and speaking technobabble, this is a collective of bitter and tired people bred from the sterile and lonely environment they occupy. It’s that harsh light of insecure reality shining down an otherwise whimsical location which gives the film its very weird and watchable charm.

Introduced into the hive of silent turmoil is the new co-pilot Jessica (Liv Tyler), a genuinely sweet personality that does her best to make friends on the station. She tries to maintain the station’s safety, but the drunken Captain Glenn (Patrick Wilson) dismisses her words as he struggles to deal with his closet homosexuality. She does seek some kinship with residents Ken and his daughter Sunshine, but is viciously despised by Ken’s drugged up wife Misty. While the trio of good-natured individuals struggle to keep a stiff upper lift, the adulterers of the station battle their own personal demons through drinks, smokes and robot-operated psychiatry. They hate their jobs, their relationships and the lives they find themselves saddled with out in space.

This is the type of film that sort of catches you off guard luring you in for what may seem like a campy satire of  ‘2001: A Space Odyssey’ that ends up being a rather peculiar dramedy. You can feel seething hatred and jealousy emitting from this group within the hospital-style interiors.  Even within the characters that seem more pure like Ted, there is an almost haunting presence of temptation. He looks out into space and fantasizes about a naked woman within a star. Sunshine discovers a pornographic magazine in her parent’s dresser and begins to have doubts about her body. These scenes may make the film seem like a depressing journey, but I found it more intriguing for the fact that in a wondrous future people still have the same social problems. A space station free of alien monsters and looming intergalactic threats breeds its own difficulties. It doesn’t help that the robot they all rely on for psychiatric help is only programmed to respond to certain key words and doesn’t actually help them.

With so much vitriol, it doesn’t seem like the best idea for a comedy. In fact, it’s almost hatable for the first act. There are some redeeming factors that prevents it from being completely soulless as with Sunshine’s anti-gravity game in which her dad cheers her on as she float around the room. And the inevitable climax which could’ve easily taken a disastrous turn winds up being a more touching ending that brings the characters back to what’s really important. This is a very strange type of genre blending that I can’t exactly say I loved, but didn’t really despise all that much either. I got a few laughs even though it was mostly that awkward kind of amusement that comes from dark improv. I had some fun following these flawed characters even though most of their issues seem to pile up too quickly. The real deal breaker for me were the special effects and set design of a space station that embodies the 1970’s era. Popped collars, brown wallpaper and Beta tapes litter the halls of a very familiar looking design for a livable space environment. It’s those moments that give the film its true edge of speculating a future with more advancements in everything except people.