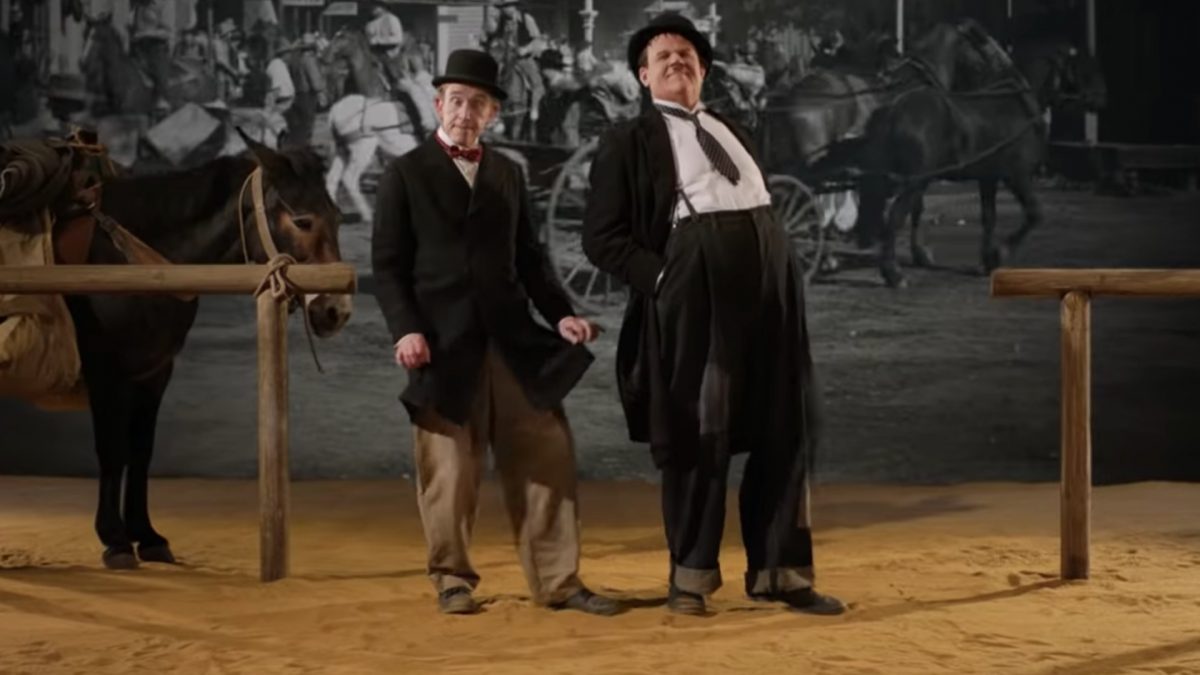 Both Steve Coogan and John C. Reilly certainly have the look of the iconic comedic duo Laurel and Hardy down pat. Stan & Ollie is a film that doesn’t waste that look, taking care to make something worthy of their makeup but not merely turn in a somber tale of how the two faded from the silent vaudeville days into the frustrating 1950s. It’s a love letter to the pair which takes a fonder approach to their twilight years and gives them a gracious send-off rather than a golden glory day retrospective.

The film starts off cheery enough with Laurel and Hardy at their highest height, approaching the crossroads of how they will perform. Do they stay with how much they’re getting or split with the studio they’re under contract with and find a better deal? Many years later, the two are older and struggling to stay in the spotlight. More wrinkles and more gray hairs but with far fewer seats filled as they go on comedy tours. They still have that comedic magic present, seemingly coming out of nowhere for everyone they meet, admirers or not. They can’t stop, to the point where they’re willing to lie to themselves and work for nothing just to keep doing what they love.

Stan & Ollie is brimming with surprising sweetness despite taking place mostly in the twilight years, dark though they may had be. Whether it was the perspective of the movie or the duo themselves, there always feels to be a need to make ’em laugh present, even when the two are at odds. In one of the rare moments when the two are fighting, it’s perceived as comedy given their slapstick. Everyone else spots them throwing bread at each other; they see a friendship being broken.

But it’s never truly broken, nor does the film become fully somber even when we sense that Ollie only had a handful of years left with his aged body. Both of them can sense they’re over the hill, that there’s no Robin Hood movie waiting for them in the future. And yet they keep writing one, having dreams about how that production would go down, with Ollie taking a spill into the water and tossing a fish out of his robes. It sounds so amazing I almost wish that Coogan and Reilly made it happen in their roles.

While Stan & Ollie never feels all-encompassing and perhaps fits too snugly into its PG-rated romancing of the two, there’s a warmth that triumphs over the twisting of the biopic genre that makes the film a heartfelt retrospective. It’s the Laurel and Hardy that we’d all like to remember, played by modern actors who embody them best.