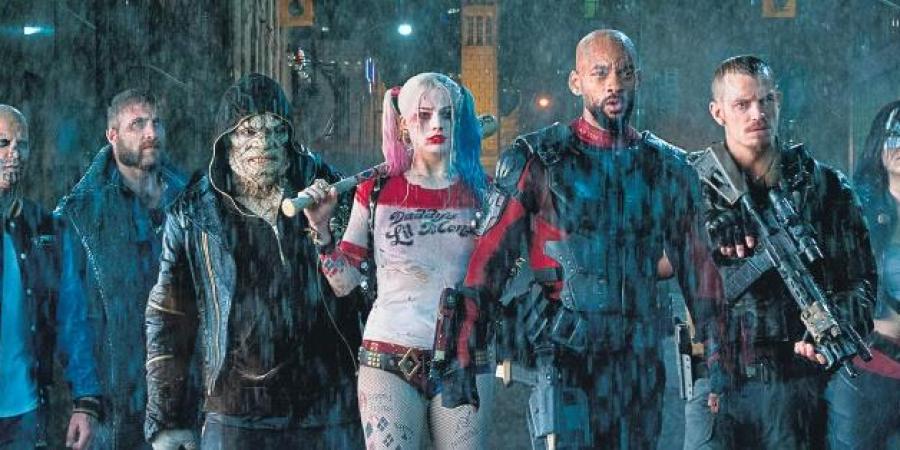 The DC Cinematic Universe was already on shaky ground with the likes of the polarizing Man of Steel and the darkly muddled Batman v. Superman. But Suicide Squad exists as the oddest of entities for an anti-hero ensemble picture that adds nothing more than convoluted filler to an already sloppy cinematic universe. It’s a movie about bad guys so unfocused that the central characters have to remind us they’re the bad guys and that they’re heading to stop a giant laser in the sky, as though pointing out a tired formula in motion somehow breeds laughs.

The premise is a deeply unbelievable one, even within a world of superheros. Amanda Waller (Viola Davis) is a government agent attempting to form Task Force X, a special squad of hired criminals to take on covert operations. The initial pitch Waller gives is that with Superman out of the picture at this point in the timeline, the American government should be considering a suitable enough force that could handle someone as powerful as the planet-attacking alien Zod. Of course, as revealed in Batman v. Superman, there are other heroes who could be up to the challenge, including Wonder Woman, Aquman, The Flash, and Cyborg. Instead, however, Waller decides to favor hiring criminals because she believes she can better control them.

It’s not that Suicide Squad couldn’t work the same way it does in the comics. The premise of the comics is that Task Force X is used by the government to complete covert missions they can handle. If the task force succeeds, they’ll have time shaved off their prison sentences. If they fail, the government can disavow their actions. But the film seems to pose that they are instead a suitable substitute for dealing with a Superman-style threat to the planet. Who does she enlist? Deadshot (Will Smith) is a skilled assassain but not exactly a super-skilled killer. Harley Quinn (Margot Robbie) is a manical apprentice of The Joker, wielding a baseball bat. Boomerang (Jai Courtney) can…throw boomerangs. Unless this collective are wielding Kryptonite on their weapons, I don’t exactly see them handling a Kryptonian.

Thankfully, they’re not really dealing with a Superman villain, but not exactly on a covert mission either. One member of the groups, Enchantress (Cara Delevingne), is a sorcercess who cannot control her powers and decides to bail on the group to destroy the world by turning a city into a zombie infested battle zone. And so the semi-deadly group of criminals are sent by Waller into an evacuated city to kill a witch. The Joker (Jared Leto) is also milling about the city as well but this poses a question of why he wasn’t the villain when it would seem the clown criminal would make for a better covert mission. Also, the only other villain on the team that could really be a threat to Superman would be the fire-wielding El Diablo (Jay Hernandez), who is very reluctant to use his powers after some pathos. Yeah, Waller’s project seemed doomed from the start, considering they’re tasked with stopping a villain she helped champion.

Suicide Squad was directed by David Ayer, a director who usually does well with films about villains. Had the film been simplified and perhaps not drawn so much attention to a fictional battle of Harley Quinn versus Superman, maybe it could’ve been a compelling villain picture. But with sloppy editing, tone-deaf dialogue, and motivations that are bizarrely aloof and confounding, Suicide Squad comes off as little more than a neon-fueled dumpster fire of DC’s troubling trail towards a connected movie universe.