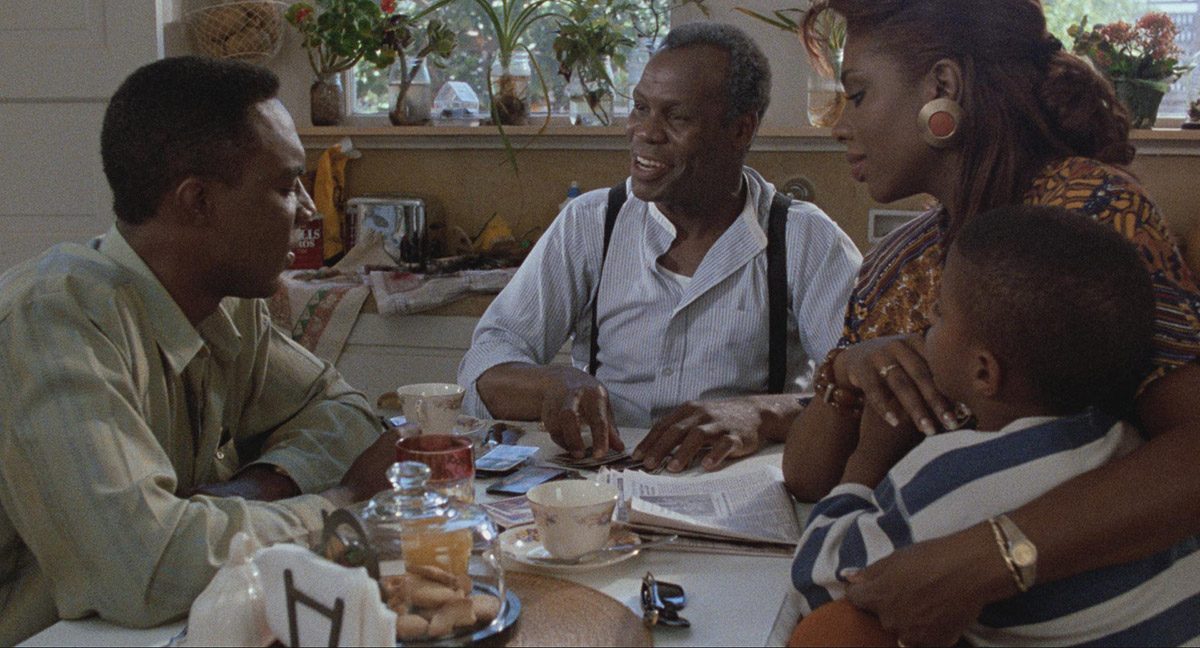 Danny Glover has an amazing ability to seem both innocent and chaotic at the same time. In To Sleep With Anger, he plays Harry, the latest visitor to a crowded household. We don’t know Harry as well as the other adults who seem to remember his sordid history in one way or another, viewing him either as a party or a manipulator of morality. And so we see him through the eyes of the children who view him more as a stranger of great intrigue, unsure of his true nature past that simple smile.

Written and directed by Charles Burnett, the film has a certain lived-in and ease of voice to how it approaches what is essentially an off-beat thriller akin to the likes of The Guest. Harry brings hell to the household but in a slow and sinister manner that you can sometimes hardly see the he is pulling. And even when you can, Harry is such a character that it seems tricky to prevent the damage he does.

Glover, as noted in his previous films, has a way to carry on long conversations it’s used to great effect here. He’ll start parties up, gets a group to around a jug of moonshine for some fun, and be a convincing enough guy to play on the fears and desires of those around him. It isn’t long before his collected knowledge and swaying of words stirs the pot of a household teeming with family problems, vice issues, and a lack of love when death seems so close. And so family and friends of Harry find themselves pushed through awkward and dramatic ordeals, turning either ugly with words or violent with knives.

While there’s certainly a lot going on in the film, all of its tension as the family descends into depression and frustration comes with blunt staging fit for a play. Watch how scenes of great confrontation come with loud moments of great projection. Even the darkest scene where there’s a conflict in the kitchen and a knife is thrown into the mix comes bundled with a storm raging outside, complete with lightning to add a needless amount of intensity to an already heated battle.

To Sleep With Anger has a solid premise and I love the way Glover plays people like a fiddle by taking great advantage of any weakness he can spot for his own benefit. But most of the film relies on Glover’s performance as everyone else just seems blindly caught in his tangled web and we’re stuck watching them wriggle out as opposed to seeing the big picture of Harry’s influence. Even in the climactic scene where another death hits the family, Harry also becomes a manipulator by bringing a family together amid his tragic mistake. The family is more baffled by these events than anything past seeing Harry as more than an enigma of their lives. Not a bad showcase for Glover to play himself up as villain in more ways than one but the film places a lot on his shoulders to hold this picture.