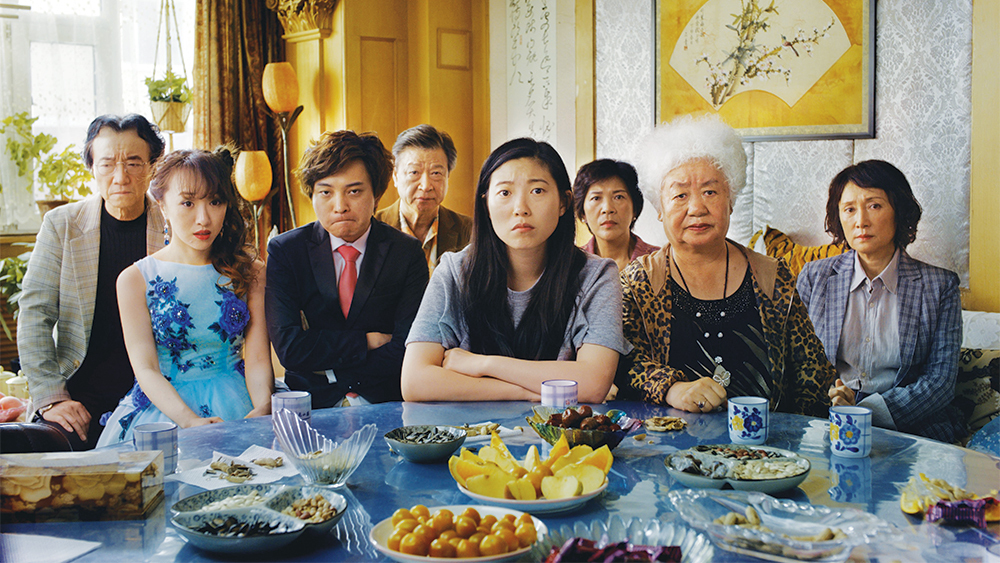 What a whirlwind of a year it’s been. We saw a legacy of Marvel movies and a trilogy of Star Wars draw to a close, even though we know they won’t be slowing down coming into 2020 as the Disney movie-money train is chugging hard. We saw Green Book win an Oscar for Best Picture and questioned if we were still living in reality. We had YouTubers make multiple videos about how Disney lost their way with Captain Marvel and The Lion King, only for those films to each make a $1 billion. We even saw a film called The Hunt pulled from theaters due to conservatives being uneasy about a dystopian future where they are hunted, only for a film that same month, Ready or Not, to attack traditional values more directly without so much as a peep.

But now it’s time for the most fun and challenging article of the year; the top 10 films of 2019. This was an exceptionally hard list to craft given the number of films this year I absolutely adored. And so, after viewing over 200 films this year, here are the best of the best.

Rian Johnson’s whodunnit has grown on me immensely. There’s just such a pitch-perfect tone to the way this ensemble mystery is weaved so well. The editing is top-notch, especially within the first act of questioning that jumps around in perspectives beautifully. The cast is in top form, with Daniel Craig brandishing a Southern accent and Chris Evans having too much fun as the cocky antagonizer. The ultimate reveal is not only clever but plays wonderfully with the tensions of the era. This is a murder mystery with teeth that are going to be a pleasure to return to many times.

As an operatic approach to the uneasy feeling of gentrification, The Last Black Man in San Francisco is a startlingly personal and moving picture about finding your place in a world that seems to have cast your legacy aside. Director Joe Talbot has crafted a film that speaks volumes about nostalgia and the fears of the future, as the emotionally unsure Jimmie Falls struggles to find the right path when every road seems broken. Visually stirring and somberly sublime, this is a real masterpiece of a picture that gives this topic the grace and gravitas it deserves.

Martin Scorsese seems like the perfect fit for adapting the life of Frank Sheeran, the man who did some dirty deeds working alongside Jimmy Hoffa. Given his record of true crime pictures that resonate, I expected him to do a great job but didn’t count on that chilling fourth act of Frank lamenting on his twilight years, where everything seems to go dark with trying to be in the dark for so long. Expertly shot and featuring fantastic performances from Robert De Niro, Al Pacino, and Joe Pesci, The Irishman showcases how empty the life of crime can be, even if you live to see yourself out of the woods and into a nursing home.

7. A Beautiful Day in the Neighborhood

This is not so much the Fred Rogers biopic that many expected but it was certainly one of the strongest pictures of the year for embodying Rogers’ philosophy about care and love. Semi-based on his late-1990s interaction with a journalist, the film is staged in a somewhat surreal manner of a Mister Rogers Neighborhood episode for adults, showing off how such classic lessons can still be learned in the cynical world of adults. Tom Hanks may not quite look or sound like Fred but he does replicate that sense of care and joy perfectly, making the picture a real tear-jerker for knowing that there was once a man on television who cared about us just the way we were.

By now, you’ve most likely seen the social media postings of the climactic clip with Scarlett Johansson and Adam Driver shouting at each other. While that is certainly a strong scene, it means little when not taken in context with the rest of the film that beautifully portrays how a marriage slowly and somberly crumbles. And not in the typical manner where both characters hate each other’s guts. The truth is they seem somewhat amiable in their split but it doesn’t come easy, especially with a child involved. An actors showcase, sure, but one of the best for featuring such pitch-perfect scenes of overlapping dialogue and tough emotions.

5. The Art of Self-Defense

Riley Stearns’ dead-pan satire on the nature of manipulative masculinity is one of the funniest films I’ve seen all year. Jesse Eisenberg plays a meek office worker that wants to be more confident and is taught by the stern dojo sensei played by Alessandro Nivola that to be tough is not merely about training. According to sensei, it’s about acting manly, listening to manly music, owning manly dogs, and learning manly languages. But when Eisenberg starts noticing that the dojo’s only accomplished female member (Imogen Poots) is mistreated and that sensei has some sinister intent, he questions the very basis of embracing masculinity when it can carry toxic elements. Hilariously staged like a dark Wes Anderson picture, this is an endlessly fascinating film that is ridiculously comical, especially for the dojo’s deceased grandmaster. He is only seen in the form of a photo but everything about him, from the photo to his methods of attack being described, had me in tears with laughter.

Brad Pitt is in top form as an unemotional astronaut living in a future where he must come to terms with both his father (Tommy Lee Jones) and his emotions. I did not expect a film with such elaborate special effects and the inclusion of space pirates to ever carry an emotional resonance as powerful if not more meaningful than the likes of this decade’s other space trips of Interstellar and Gravity. But it was such a treat to take this journey to the stars in a manner more introspective than baseline exciting.

Jordan Peele’s Us is exactly the kind of horror we need more of. Similar in its social horror aspects of Peele’s previous picture, Get Out, this is a superbly crafted horror that questions the nature of individuality and the American dream itself. It’s also a gorgeously shot picture, from the off-putting dioptric shots to the intense editing of the final duel between the two characters played by Lupita Nyong’o.

Lulu Wang’s The Farewell could easily be classified as a comedy and it does have its moments of hilarity. A Chinese family returns home to China to stage a phony wedding which is really an excuse to have a secret farewell for the grandmother stricken with cancer. Nobody has told her and they don’t intend to. What follows is the Chinese-American girl, Awkwafina, learning about the more damning part of Chinese culture; the denying of emotion for the good of others and the bleak realization of nostalgic people and places being fleeting. It is such an emotional rollercoaster that dares to question how far we’re willing to lie to ourselves and others to keep up that smile that others expect of us to make the world a better place.

Bong Joon-ho’s Parasite speaks of the most vocal volume on the subject of class warfare during a year where that have already been so many stirring pictures on this topic. Staged as a dark comedy at first, we follow a poor Korean family that deceives a wealthy Korean family, enjoying their game of deception to get by until a twist makes things all too real. It’s an unpredictable and chilling picture the way it wraps you into its slick comedic staging, only to pull the rug out from under you to make the cold realization that sometimes only rich people can afford to be nice.

While much of the world spent 2020 out of the movie theaters, this was not an awful year in terms... 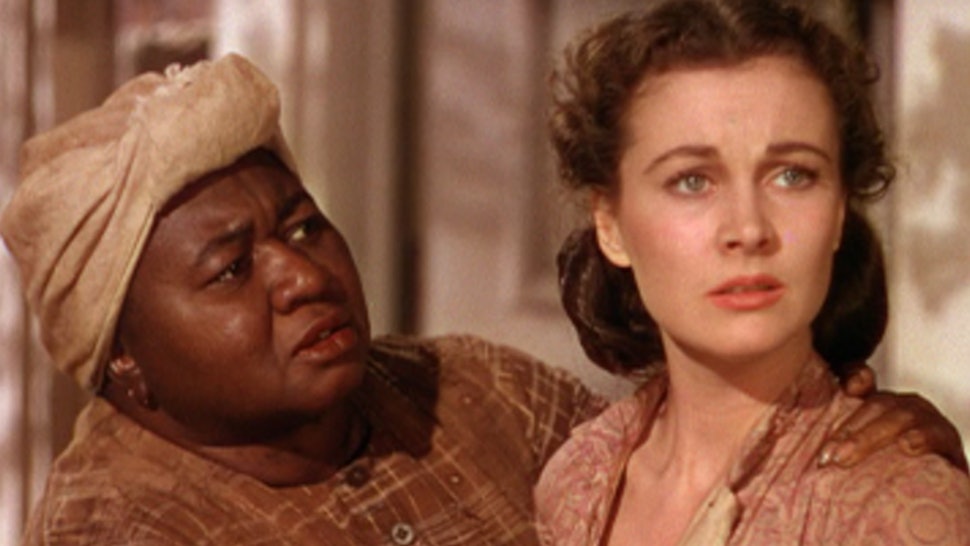 We Need To Talk About Gone With The Wind 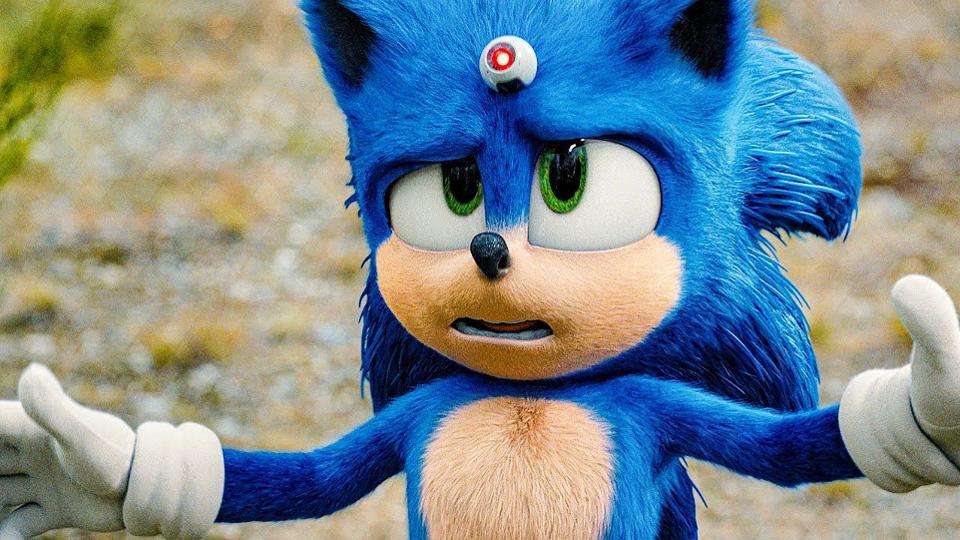 I think there’s an odd conception about movies based on video games, that they must suffer from some curse. I... 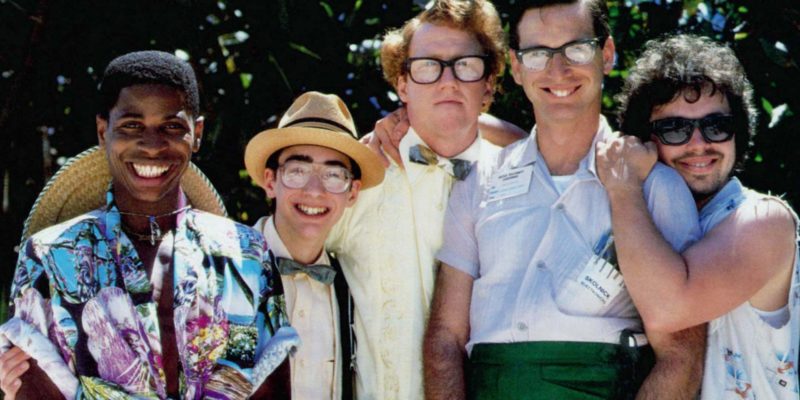 Revenge of the Nerds is Worse Now More Than Ever