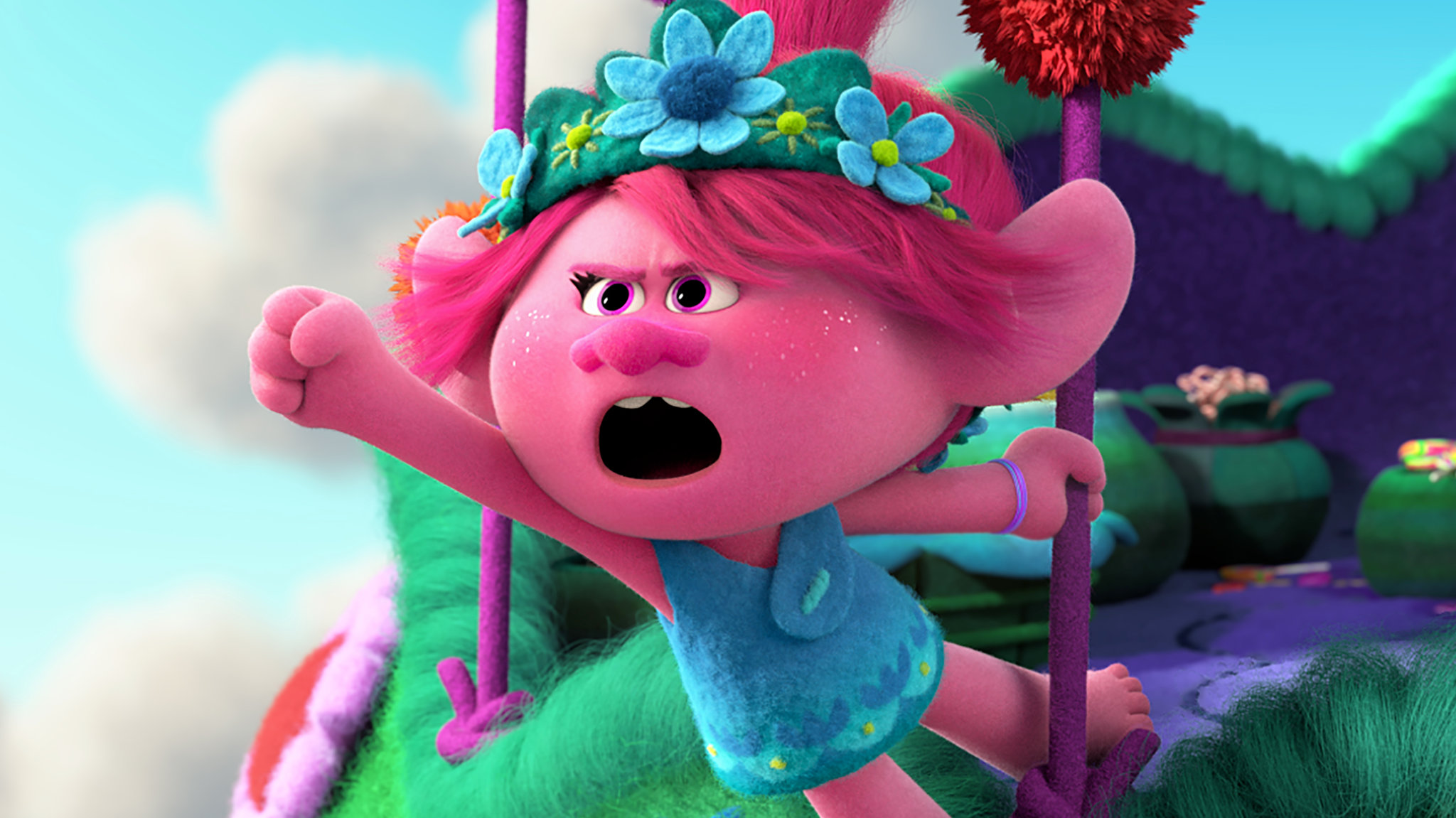 As the first major film to forgo a theatrical release amid the COVID-19 pandemic to favor a digital release, Trolls: World Tour has a benefit to offering comfort during tough times. As the sequel to the 2016 animated fantasy, it’s a colorful mix of light and musical silliness. It has the benefit of being a new distraction from the usual animated affair on repeat with the kids. World Tour is something new during a time when we could use some fresh pep and, for the most part, it manages to be intriguing enough to surpass its lukewarm predecessor.

First off, forget the first Trolls movie. Wait, do you even remember the original Trolls movie? Nevermind, not important. No former knowledge is required to appreciate this fantasy of merging music genres. So the lore goes of this sequel, the pint-sized trolls of a fantastical world reside in their own colonies of musical styles. This is a relief for those who sat through the previous film of endless, glitter-fueled pop music. Now there are lands of rock, techno, country, classical, funk, and rock. There are even lesser genres that wander the land as mercenaries in the form of yodel, smooth jazz, and K-pop. Wait, is does K-pop imply there’s a Korea of this world? Nevermind.

The lore of the Trolls tells a tale of the genres once being united by many strings. But when they refused to play in harmony, they split into their own colonies, taking the strings of apparently some great power with them. Seeking the strings is the rock tribe, composed of dark dress and demonic aesthetics. They seek domination but the pop tribe’s leader of the newly elected queen Poppy (Anna Kendrick) is hoping that the rock tribe is seeking more unity than uniformity. She keeps an open mind but the more skeptical Branch (Justin Timberlake) thinks she should approach the other tribes with caution.

The many tribes of the world of Trolls are rather unique for their creativity. I dug the qualities of the funk trolls, residing in a starship of wild rooms of trippy colors and patterns, telling twists in the most creative ways possible. Wait, if they have a starship, why wouldn’t they just leave the planet? Sorry, adult questions. The rock trolls are interesting in their goal for conquest, a resolve mostly easily deduced by the villain of Queen Barb (Rachel Bloom) not having any friends. They ultimately want to push out all the other genres they deem lame but as one rock troll points out, won’t that just make everything the same and the punk aspect die out with nothing to rebel against.

The many mercenaries hired by the rock trolls, seeking a small spot in the coming domination, are pretty interesting as well. Consider how the smooth jazz troll lulls his victims into an easy-going coma or how the K-pop trolls just can’t resist a dance-off to settle disputes. There’s an adorable sort of Lord of the Rings edge this adventure that’s a bit more admirable to overlook the ho-hum cover songs, the simplistic thematic elements, and the nearly-obnoxious levels of pep.

Trolls: World Tour has just enough imaginative juices flowing through its glittery gastrointestinal to churn out something mildly amusing. And if you think that comparison is gross, consider how the lost funk troll poops out a birthday cake with candles when frightened. How does that work? It’s just best not to ask too many questions with such an animated film not with such small horizons and not worth bursting blood vessels trying to figure out how this all fits together.