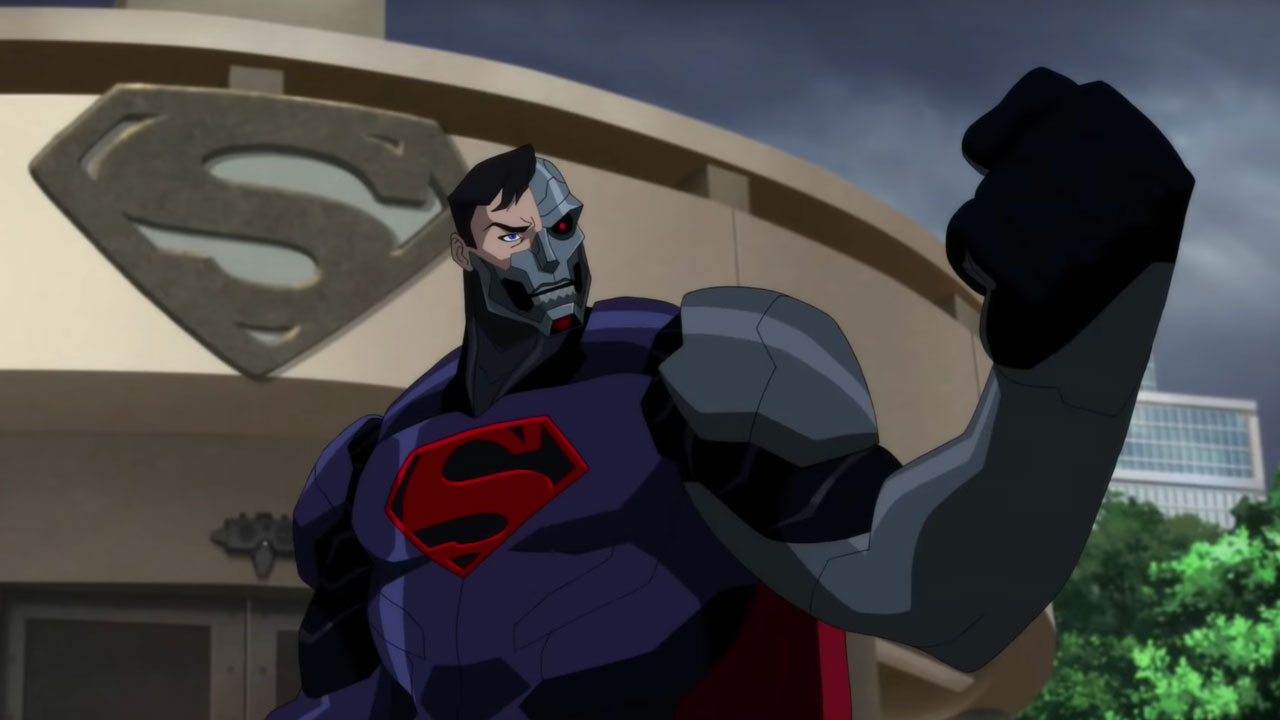 The Death of Superman is perhaps one of the most powerful of comic books and received not one but two animated movies around this major event in comic book history. But, of course, like all superheroes, Superman would not stay dead forever. And so begun a convoluted and messy tale to explain Superman not really being dead but within a Kryptonian coma since Kryptonians can apparently do that. Reign of the Supermen attempts to adapt this comic book arc into an animated feature and, much like Superman’s mullet, it hasn’t aged well.

Picking up with the events from the previous film, Metropolis is finding itself scrounging for a new superhero. Sure, some of the Justice League or Teen Titans may be able to drop in once in a while but Metropolis just feels much safer is there’s a local hero on hand. And so of Superman-branded heroes step up to the plate. There’s Superboy, a younger model of Superman cloned from the Man of Steel’s DNA, thanks to Lex Luthor and his weird obsessions. There’s Steel, a regular human with enough tech knowledge to conceive a metallic suit worthy of Superman strength and flight, with a spiffy hammer to boot. Eradicator is a more evil Superman with a visor and robotic mind/attitude. Then there’s Cyborg Superman who claims he’s the real Superman but with a robot body.

If that sounds like too much, imagine how much more convoluted this tale becomes with the additions of a secret plot by the inter-dimensional warlord Darkseid, the complicated emotions of Lois Lane, a plan to turn human beings into cyborg superheroes, and the whole Justice League stopping by to help. Hardly any of these story elements can be expanded upon when the film is in such a rush to cram in as much as it can in under 90 minutes. Even Superman’s eventual resurrection to return as the one-true Superman comes as a bit of an afterthought, as rushed and dopey a solution as it was in the comics.

This is perhaps the most frustrating element of adapting Reign of the Supermen, choosing not to trim the cramped issue run but pile on as much as it can. In addition to not having a lot of time to explore Lois’s sense of loss, the angst of clone Superboy, the concerns of Steel, the grind of Darkseid, or the quips of the Justice League, the performances suffer as well. Rainn Wilson’s portrayal of Lex Luthor feels way too understated, never giving the actor a chance to break out as the more charismatic villain, remaining all business to the point of boredom. Jerry O’Connell voicing the various Supermen feels very much the same note, never exuding the right amount of emotion when Cyborg Superman tries to connect with Lois and when the true Superman attempts to adjust to the world he was absent from. Perhaps the biggest waste is of the entire Justice League who deliver the best performances, from Rosario Dawson as a Wonder Woman treating Lois to ice cream and a giddy Green Lantern played by Nathan Fillion who is eager to take a shot at the cocky Superboy. Even Batman (Jason O’Mara) sides with his joking.

The animation never feels as clunky, remaining in the more lucid approach of the serialized DC Comics animated movies, but never astounds either. The action looks nice but feels far too standard, especially with characterizations that feel so bogged down in a mounting story that we never feel much for them. The Justice League is so off-to-the-side they seem to only exist as comic relief with the best quips. I’m almost grateful for their inclusion, even if most of their jokes are half-smirking duds because the rest of the events leading up to Superman’s return are too muddled in the melodrama of Lois choosing a Superman and Superboy coming to terms with Lex being the abusive father. It’s a sloppy comic run and, what do you know, it’s a sloppy movie adaptation as well.