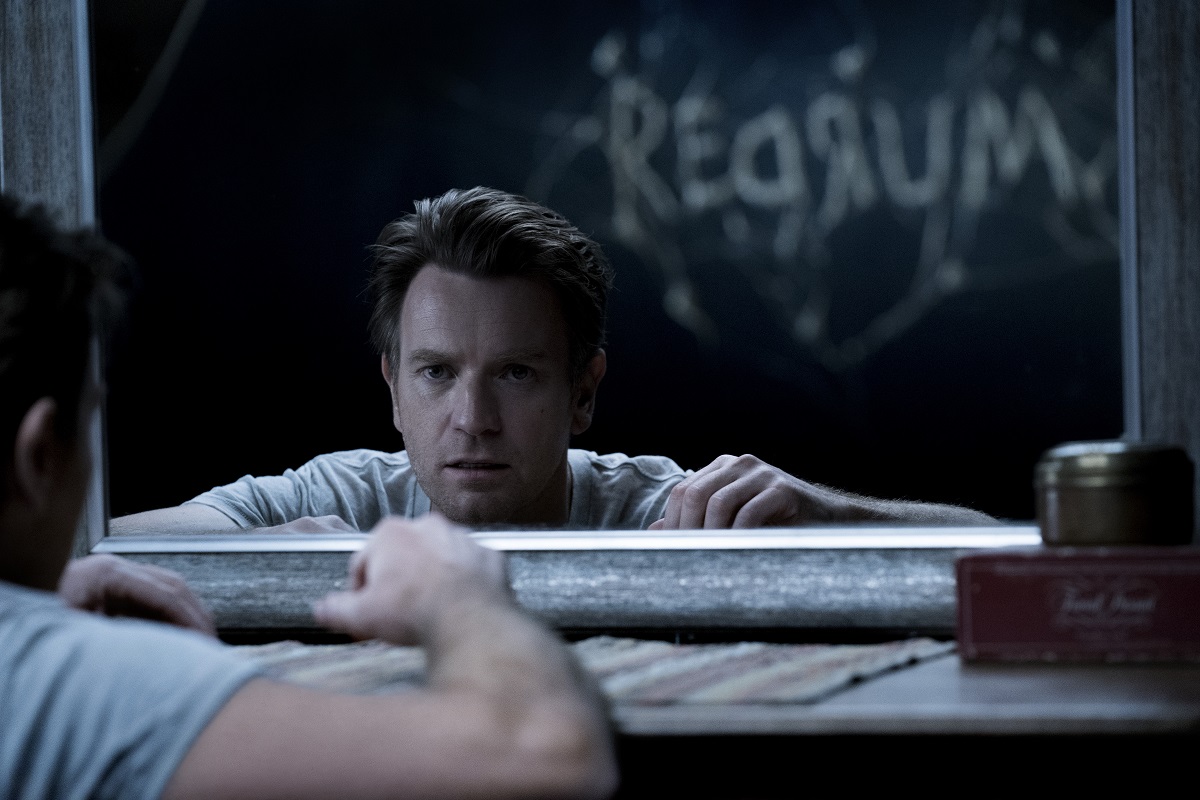 Following the maddening nature of Stanley Kubrick’s The Shining is no easy task. But after nearly 40 years since that film, now would be the time to try to take a whack at it, given the success of numerous sequels in the past few years from films over 30 years old. Director/screenwriter Mike Flanagan has taken on the task and finds far more to explore than merely expanding the powers of the shining as well as offering up more than a reunion of the atmosphere.

While there’s not as heavy of a mystery to the horror for this return, there’s more intriguing themes at play. Danny (Ewan McGreggor), the boy with the powers from the first film, has grown up to become a drunken mess. His past remains locked metaphorically in bottles and mentally in boxes. But he can’t keep running from himself or his powers. Trying to better himself, he lays off the booze and tries to reform himself with a new town, new job, and new community. More importantly, he comes to terms with his own trauma about death that has haunted him for years. One might think to work at a hospice would dig up bad memories but his employment instead offers a cathartic contemplation and peace with realizing it’s not bad to let go.

Not content with death is the desperate and vicious Rose The Hat (Rebecca Ferguson). With her band of travelers known as True Knot, she uses her own shining powers to seek out others similar to Danny and then makes the call of what to do with them. If there’s a great power, Rose seeks to use that person as another member of her gang, adding to the toughness of their group. If that certain someone with the shining is weak, they become a feast for the travelers who feed on the souls of the shining. Doing so entitles the eater to live longer. Rose initially draws people into her group by promising them to live long, suggesting immortality. But when the shining souls run low and it is revealed that nobody lives forever, even on a bountiful supply of shining juice, tensions run high when a very horrifying death draws near.

With the addition of the teenage girl Abra, also a prodigy of the shining, one might assume that this is going to turn into some sorta comic book movie showdown of shining users. Rest assured, there are more interesting angles here than all the new powers introduced and thank goodness. I really don’t care how it is someone with the shining can project themselves or manipulate the mind. What I am interested in is Danny’s issues of addiction, Abra’s sense of not feeling right hiding her powers, and the corruption within Rose’s lust for immortality. Their clashing views of the world lead to some great scares, sure, but also touches on something more poignant than merely coming to terms with the past.

And speaking of the past, it seems like Doctor Sleep can’t quite escape the familiar. Numerous flashbacks from the previous film are showcased which means, of course, we’re heading back to that spooky mansion. But, once more, this film surprises with how well it weaves in this element of Danny’s trauma. Also, a big surprise is that rather than using computer graphics to recreate the actors of the previous film, this film instead chooses to cast actors that do a damn fine job matching the mannerisms of the original cast. Major points for Carl Lumbly, Alex Essoe, and Henry Thomas for doing astounding jobs of slipping comfortably into these roles.

Doctor Sleep finds so much to extract from both Stephen King and Stanley Kubrick that Mike Flanagan finds just the right beats to create a horror all his own and not just a nostalgic stroll. Punctuated by beautiful visuals as well as absolutely shocking horror, the film is exceptionally assembled and feels as though there was something worth coming back to in this story. It feels relevant enough to not be a throwback and terrifying enough to not be a standard jumpscare picture.