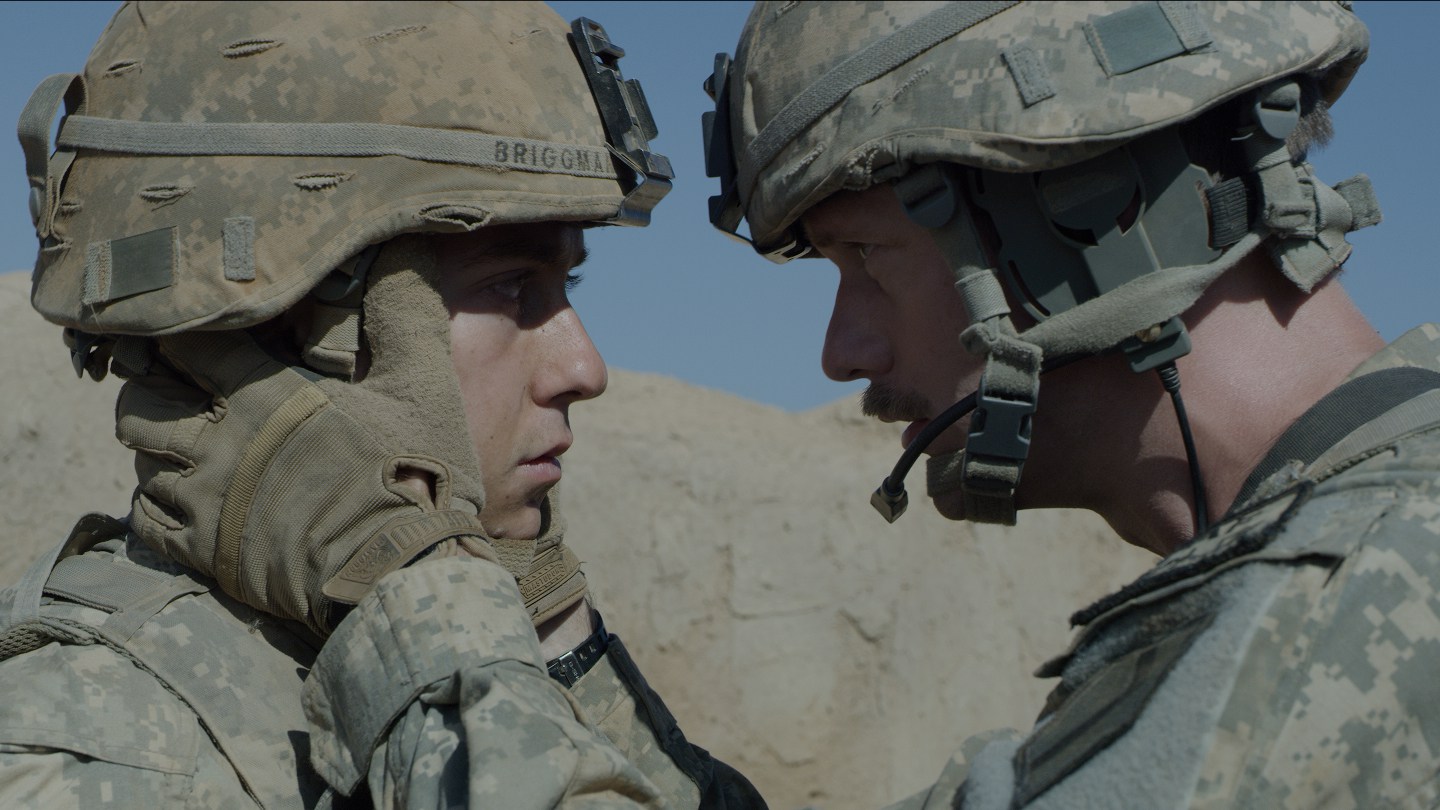 In 2013, Dan Krauss directed a documentary on the Maywand District murders during the War in Afghanistan, trying to find context and meaning within interviews. In 2019, he has directed a film on the same subject with the same title but now seeks a tougher answer. How would we feel if we were trapped in a war with a superior that was morally corrupt? Do we resist the vile nature of staging civilian kills or merely stay in line? Do we speak up or keep our heads low for fear of being slaughtered? For a film all about the intensity of the situation, Krauss certainly delivers a nerve-wracking picture.

Though the story here is fictionalized, its intent remains of placing us during the events of the murders. US Private Andrew Briggman (Nat Wolff) is part of a squad in Afghanistan that starts off being taught how to properly treat the civilian villages they search for mines and weapons. Though the civilians are angered and get a bit physical, the soldiers remain strong enough to never stoke tensions. That is, until, their Sergeant is killed by a mine right as he advises on the importance of being friendly. Briggman is shaken and angered by this development.

In comes Sergeant Deeks (Alexander Skarsgård) to take charge of the squad. He is seen as a more easy-going type of Sergeant the way he doesn’t bat an eye as his men smoking weed in their tents or having wrestling matches for leadership. But there’s intimidation to such a stoic look of Deeks, hiding behind a mustache and aviator sunglasses. He can see the distress and emotion on Briggman’s face for revenge and tells him to knock it off. This conversation at first seems to suggest that Deeks desires a clearing of the head when it comes to war but for the wrong reasons. Deeks is all about revenge on Afghanistan people and wants it to be approached not with bitterness but with contentment for taking human lives. Even if it means having to stage their deaths.

Wolff and Skarsgård deliver strong performances. Kept very cerebral from Briggman’s perspective, he’s a quiet mess of confliction. He tries to tell his father over social media about the situation but proceeds with great caution that the rest of his unit may find out. And considering how much his squad enjoys not trying to behave around civilians and killing whoever they feel like on the battlefield, they’re not going to take kindly to him being a narc. Briggman’s dreams are nightmares of being discovered and gutted by his team. But what’s most terrifying is Skarsgård as a calmly terrifying force, so sure of himself he invites Briggman to explore his bunk for weapons and showcases his box of severed fingers as a warning.

The Kill Team doesn’t exactly offer up a grander picture of the War in Afghanistan, nor does it delve into what may have been the intriguing aftermath of the courtroom drama that would’ve followed the investigation. But when keeping the film locked within this personal perspective of battling morals during wartime, there’s an emotional connection within the film that places a heavier focus on the philosophy of violence than the war itself. Part of the power of such a picture as this is that it lets the questions linger and guilt of it all sink in, making the final scene of an unsure Briggman struggling to answer for his action a strong note to go out on, never feeling too preachy or overbearing for the horrors the Maywand District murders brought with them.