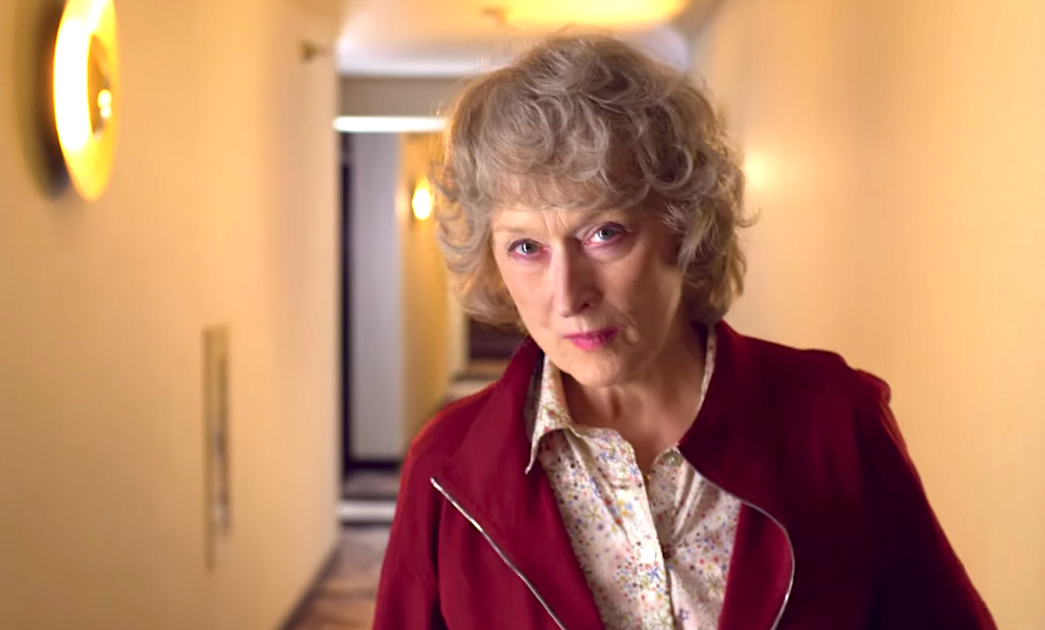 The craziness of the corruption within capitalism breeds a similar sense of maddening within the assembly of Soderbergh’s The Laundromat. The film takes aim at the Panama Papers scandal, the damage it caused and how the leaks only revealed a small part of a big problem yet to be resolved. Similarly, this film only scrapes the surface of the issue in a manner that has all the stumbling and meanderings of an Adam McCay picture, striving to weave intrigue and anger as it tap-dances between docudrama and a celebrity-hosted documentary.

We see a few different perspectives on this matter. Ellen Martin (Meryl Streep) is a recent widow after having lost her husband in an accident on vacation. She aims to find a new and more comfortable place to live but her dreams are squashed by someone who already bought her unit. Unwilling to let this go, she goes about trying to uncover which company bought her place and stumbles onto a ring of shadow companies.

All of these companies are managed by a law firm run by Jürgen Mossack (Gary Oldman) and Ramón Fonseca (Antonio Banderas). Both Mossack and Fonseca narrate the picture as they attempt to explain how this tangled web of tax evasion functions. It would seem like this makes the most sense considering how the pair do so in tuxedos and holding drinks, speaking happily about the nature of trade and the absurdity of how easy it is to get away with such complicated crimes. Their talks are still surreal when considering how much wall-breaking they do in their gleeful exposition.

We follow a few of the downfalls from this scam. A cheating business owner is cornered at an airport by the authorities and an angry wife. Another cheating businessman attempts to bribe his daughter with a multi-million dollar company in hopes he won’t tell his wife about his infidelity. Meanwhile, a bigger company struggles to cover up all these failing businesses that crumble around them as the authorities draw closer. Murder becomes an option as well.

A film such as this has such a disorienting fervor that becomes more frustrating than it is compellingly insightful. It delves into the surreal by drawing attention to how easy certain companies can avoid taxes and that the writer and director of this very film have a hand in that as well. Mossack and Fonseca playfully state these facts while in a church, strolling by a praying Ellen with troubling thoughts about when the meek will inherit the Earth. She tries to remain calm and understanding but the rage gets the best of her in how infuriated she is that such elites can step all over people like her.

But perhaps the greatest failing of such a picture comes in the form of Elena, a Hispanic secretary played by Streep in a problematic role. She presents both an uncaring nature and a secretive sense of morality that can only exist in this climate under a disguise. By the end of the film, Streep drops the act and becomes herself (treated almost as some shocker of a reveal for a role that never fools the audience) to speak directly towards the audience. She wants us to be mad and questioning of the system that remains, where the men behind the destruction of so many lives, economically and literally, only serve light sentences. But when we spend so much of this film being relayed this information who take joy in their ease of manipulating the system, the message told more subtley is that this ordeal is too big to handle or resolve.

The mishmash of a messy financial system riddled with shady deals comes off less of the hard look and more of a surface-level assessment, touting an A-list cast to draw your attention. I couldn’t help but think of the scene in Adam McCay’s “The Big Short” which uses a naked Margot Robbie in a bathtub to inform us about loans. There’s awareness with such a scene that it takes such a celebrity and situation to gain our interest. Soderbergh’s The Laundromat, however, takes this sort of staging literally, believing it really does take a cackling Oldman/Banderas duo or an emotional Streep to make us understand and care. And there’s no doubt a handful of audiences that will dismiss the film featuring such a star-studded cast of high paychecks talking about economic calamities, to the point where even the film carries a certain fourth-wall-breaking acknowledgment to an extent. By the end of the picture, we may know more but feel less.