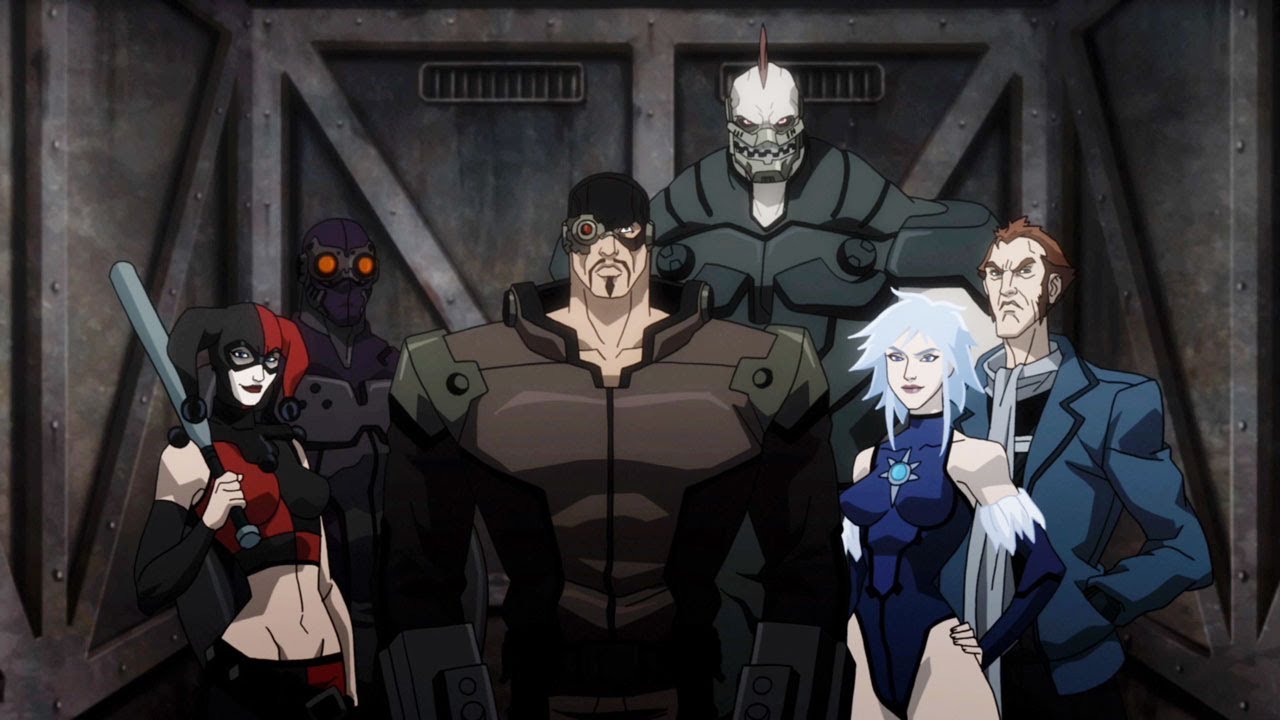 The villains of Batman tend to be much more intriguing than the title hero and now a handful of them have been given their own animated film. But rather than admiring their pathos, this film is more a Dirty Dozen deal. The villains are not spruced up to be more redeemable protagonists and are instead given the reluctant rouge angle. They’re all still evil characters, but just evil enough to be likable for the rather violent mission forced upon them.

The secret government organization known as Suicide Squad takes in villains and offers them a chance to shave off some time from their prison sentence. In exchange, they must complete a secret mission for the government. If they fail, being captured won’t be an issue as the explosives attached to their necks will explode. And, naturally, these missions are not voluntary. The group selected for this mission includes the keen-eyed assassin Deadshot, the witty Captain Boomerang and the overly eccentric Harley Quinn among others. Their mission is to break into Arkham Asylum and take out the recently captured Edward Niggma. But once the group starts questioning the reasons behind the secret murder, they try to stay one step ahead of Suicide Squad supervisor Amanda Waller. And with The Joker running loose inside the asylum and Batman hot on their trails, they’ve got their work cut out for them in addition to dealing with the security.

While the villains we follow for this story are mostly B and C listers of the DC Comics roster, they’re still very fun to follow in a darkly comedic way. It helps that the film is setup with this tone similar to that of a 1970’s mercenary ensemble feature. I was reminded of those 1980’s mercenery ensemble pictures if not for the music and editing than for the slick introductions given to our key players. The manner in which they proceed to carry out their tasks while retaining their despicable behavior is incredibly entertaining. I guess I was just more impressed that film did not dial back on the villainy. This is a group that while reluctantly working together still will not hesitate to kill one of their own if they can get ahead. There is just enough backstory given to Deadshot where we identify with him the most and hope he’ll make it out alive.

It may sound strange writing this, but Batman and Joker are the weaker links of this movie. The Dark Knight manages to pull off shreds of good detective work, but his master plan for infiltrating the Suicide Squad could be seen a mile away and wasn’t all that surprising when it was revealed. The twisted love triangle between Joker, Harley and Deadshot was not as strong acting as a setup for the third act showdown. Joker manages to get in some mildly amusing bits, but nowhere near as entertaining as the relationship between Killer Frost and King Shark or the sly wit of Captain Boomerang. This group manages to hold their own in this thriller of bad guys working for people are far more worse.

While ‘Batman: Assault on Arkham’ does have a thriller angle to uncovering the secrets of the Suicide Squad program, it’s much more enjoyable for its bombastic directing. It’s ruthlessly violent, scandalously sexual and a clever script to boot. This all manages to come together in a fun, almost campy appeal to prisoners breaking into a prison. It manages to be vastly different from DC Comic’s previous direct-to-video animated films which all seem to follow a similar template. For being so wildly different, I can’t help but recommend such a movie even with our title character missing for half the film.