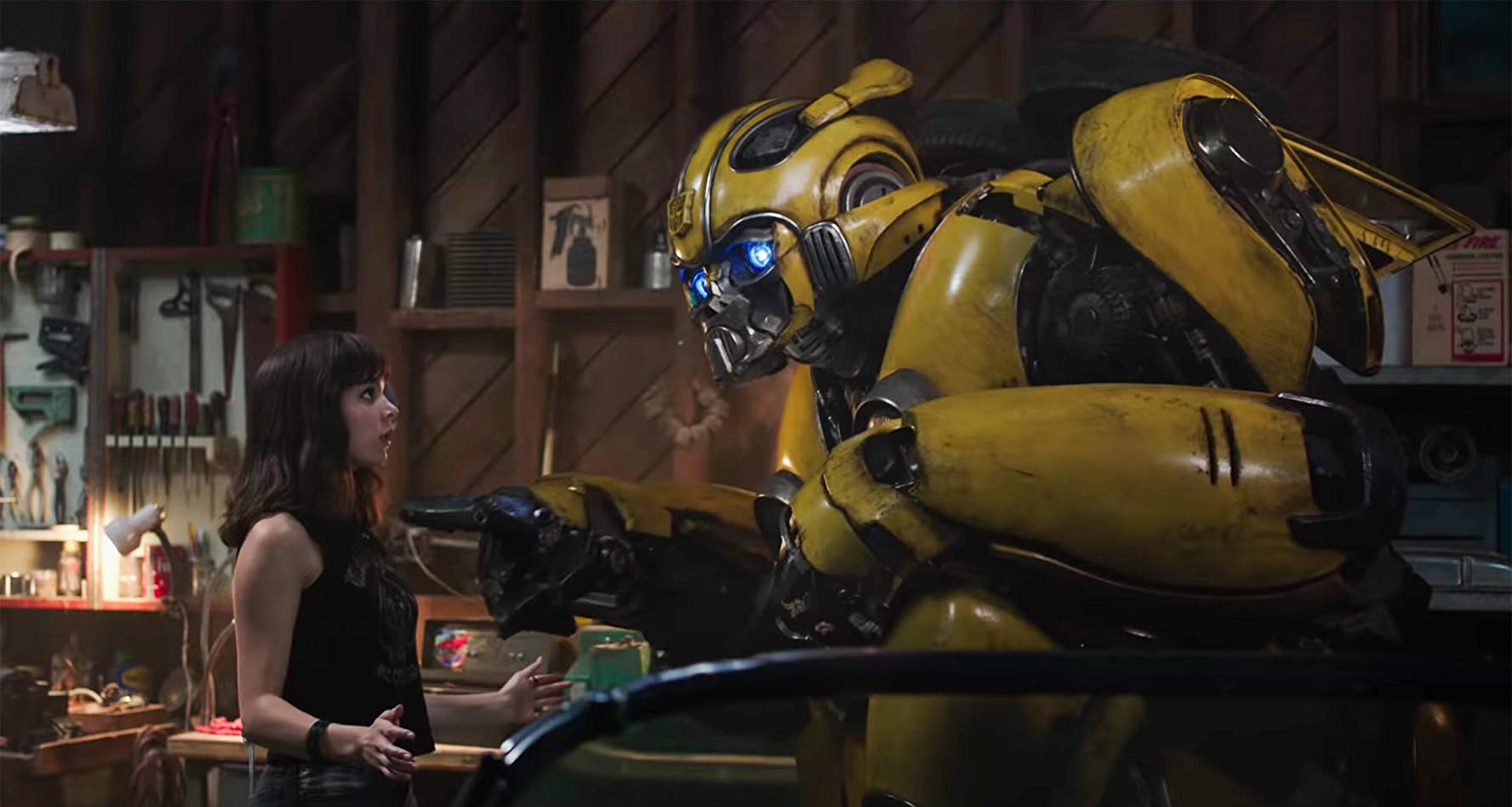 Bumblebee has a very, very low bar too cross to be competent. Michael Bay has developed the Transformers franchise into an incoherent mess of subplots, cynicism, clunky robots, and product placement that another director would have to actively be trying to make a more terrible film than his many entries. While I’d applaud director Travis Knight for taking a machete to the Transformers insanity and bringing in some much-needed heart, I wish I could applaud him for more than that, merely turning in a lukewarm tale of a kid and her robot.

The good news is that Bumblebee finally takes a sharper aim at its kid audience with a story less sloppy and characters more relatable. Trimmed down from the usual Transformers storytelling, only the smaller and yellow Autobot of Bumblebee takes center stage. We see the big war of Cybertron once more, though better refined with designs boasting better color than how many moving parts one CGI character can feature. Bumblebee arrives on Earth in 1987, lacking memory of his mission to establish a home for his robot brethren and his voice removed making him a mute. He’s scared and unsure of his mission, going undercover as a VW Beetle.

Discovering Bumblebee as a car and later as a robot is the young mechanic-in-the-making Charlie (Hailey Steinfeld). She easily relate to the communication-lacking robot as her life is a mess of prodding parents, pesky popular girls scoffing, and a bothersome younger brother. She naturally gravitates towards a machine that can not only drive her anywhere by himself but also teaches him the fine arts of not being seen and which rock music cassettes are the best. Slowly, Bumblebee gains back his memory. His first memory: he doesn’t care for The Smiths or Rick Astley.

While the relationship of Charlie and Bumblebee does go through the cute arc of a kid trying to tame a robot, their story unfortunately takes the route of standard Transformers design. The heroic is Autobot is followed by two pursuing Decepticons that want to both kill Bumblebee, slaughter humans, and let the other Decepticons know where they are. Though boiled down to only feature two Decepticon villains, their plan still goes through the same old motions; dupe the American government into working with them, setup a doomsday-style device, and then duke it out with the Autobots. It’s proof that while the film has removed most of the junk, much of the uninspired simplicity remains.

Other human characters fit the old stereotypes of the series, albeit with much less absurdity in their personalities. John Cena plays the bull-headed government agent that is going to take a bit of convincing to stop shooting at Bumblebee. There’s an awkward nerd who has to work up the courage to talk to Charlie and not scream when there are giant robots stomping about. A government scientist will accept the Decepticons with opens arms only for his smile to fade when he discovers their true plan, eager to remark about how he has made a grave mistake.

One aspect did surprise me but it’s not exactly a positive one. The Decepticons literally take aim at the humans and zap them into sticky and clear goo as though they were aliens from a 1950s B-movie. Despite the lack of blood to a ridiculous degree, it’s a perplexing move for a film that seems to be aiming gentler and sweeter for making us care more Bumblebee. One could argue that these vicious scenes establish the seriousness of the villains but it doesn’t help when the zapped are the cartoonish characters ripped from old clichés. That B-movie vibe is too alive.

Bumblebee is an incredibly frustrating film not for being a terrible film but because it doesn’t go that extra mile to really make it stick out as a teen/alien adventure picture. While Knight has shaved off most of the crap, he now needs to work on adding to the franchise and not just a slathering of sweetness that is more forced than bred naturally. He has to realize that he’s no longer compete with Bay’s blunders and now playing in the league of E.T. and The Iron Giant. I’m not expecting Bumblebee to be as profound as those masterpieces but it needs a lot more than warm robot touches and whimsical music to make me care for the little Autobot that could.