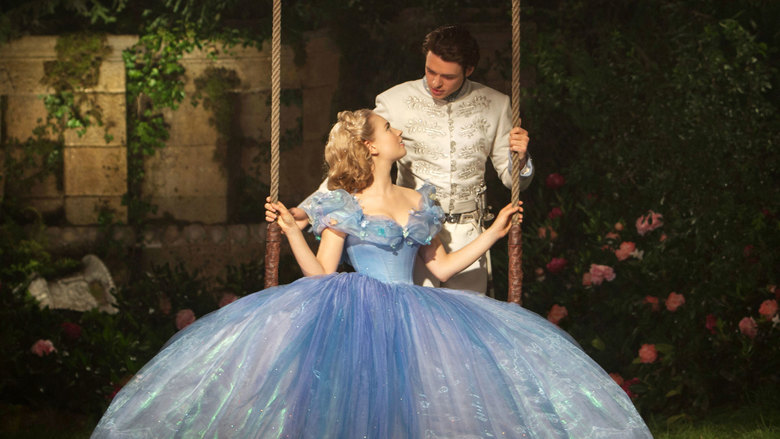 In an era where it seems as though all fairytales need to be turned on their heads from over-the-top action (Jack the Giant Slayer) to rape allegories (Maleficent), Disney’s live-action Cinderella surprisingly stands out for not following the crowd. A lesser director may have balked at the original story and turned it into a drab action picture of a beaten orphan turned female warrior. The wicked stepmother would be a cruel torturer, the fairy godmother would hand out weapons to Cinderella and the movie would end with some grand battle loaded with special effects.

I feel the need to mention this as the picture at one point was going to be directed by Mark Romanek as a much darker movie. I would have thought this is what Disney wanted the way Maleficent turned out to be a such a depressing and ill-fitting fairytale makeover that pulled in a ridiculous amount of money. But when director Kenneth Branagh was brought on to the project, he could see there was more to the story worth exploring without overhauling the entire narrative.

While Branagh mostly plays the fairytale straight, he does expand the characters just enough without damaging the wonder of the original codex. Lily James is given much more to do as the titular character who is given far more to work with as opposed to standing around as a pretty face. She does her best keep up a cheerful spirit despite the misfortune of being reduced to a maid by her stepmother after the death of her father. Character development favors songs as we get build up Cinderella as a girl we want to get the prince.

Here is where the picture really gets interesting as Cinderella and the prince have a pleasing chemistry. In their first meeting riding horses across a field, the two share their thoughts and ideas about hunting. Rather than just being shy kids who are thrown together by beauty, there’s a reason to hope they end up together. It’s as if Branagh took the original material and injected it with a much needed dose of character development. Even the royal ball – which was practically all dancing and beauty that won the prince’s heart – features the two characters dashing off to a private room to talk some more. It makes the prince’s quest to seek her out via glass slipper more understandable than fantastical.

But, of course, Cinderella still retains all the magic of the animated movie as well. The cooperative mice help out our future princess, the fairy godmother (Helena Bonham Carter) comically casts some spells and the ball is a beautiful sight of golden interiors and period clothing. Once again, Branagh polishes these familiar elements without retooling them. He finds the fun in it all without dumbing it down or amping it up. A lesser director may have taken the scene where the carriage transforms back into a pumpkin as an opportunity for an action-worthy race against time. It was my first thought as I saw the carriage swerve around a cliff side road. I braced myself for the moment where Cinderella dangles off the side of the carriage as her animal pals struggle to lift her to safety. Thankfully, Branagh narrowly avoids this moment that would have easily taken me out of the movie.

And, ultimately, the tone of Cinderella is just pleasing and enjoyable. The stepmother’s slaving of her daughter to chores is not treated with a drab palette and the romance of prince for his future wife is not overdone. While I still have a nostalgic spot in my heart for Disney’s original animated movie, it’s generally savaged by critics for its flat portrayals. In that sense, this live-action Cinderella is more of the adult version – not in content, but in writing. Now I can fully enjoy the magical splendor of fairy godmothers and helpful mice without noticing glaring issues with the script. It’s a real treat from beginning to end and rather old-fashioned for maintaining its graceful fantasy tone.