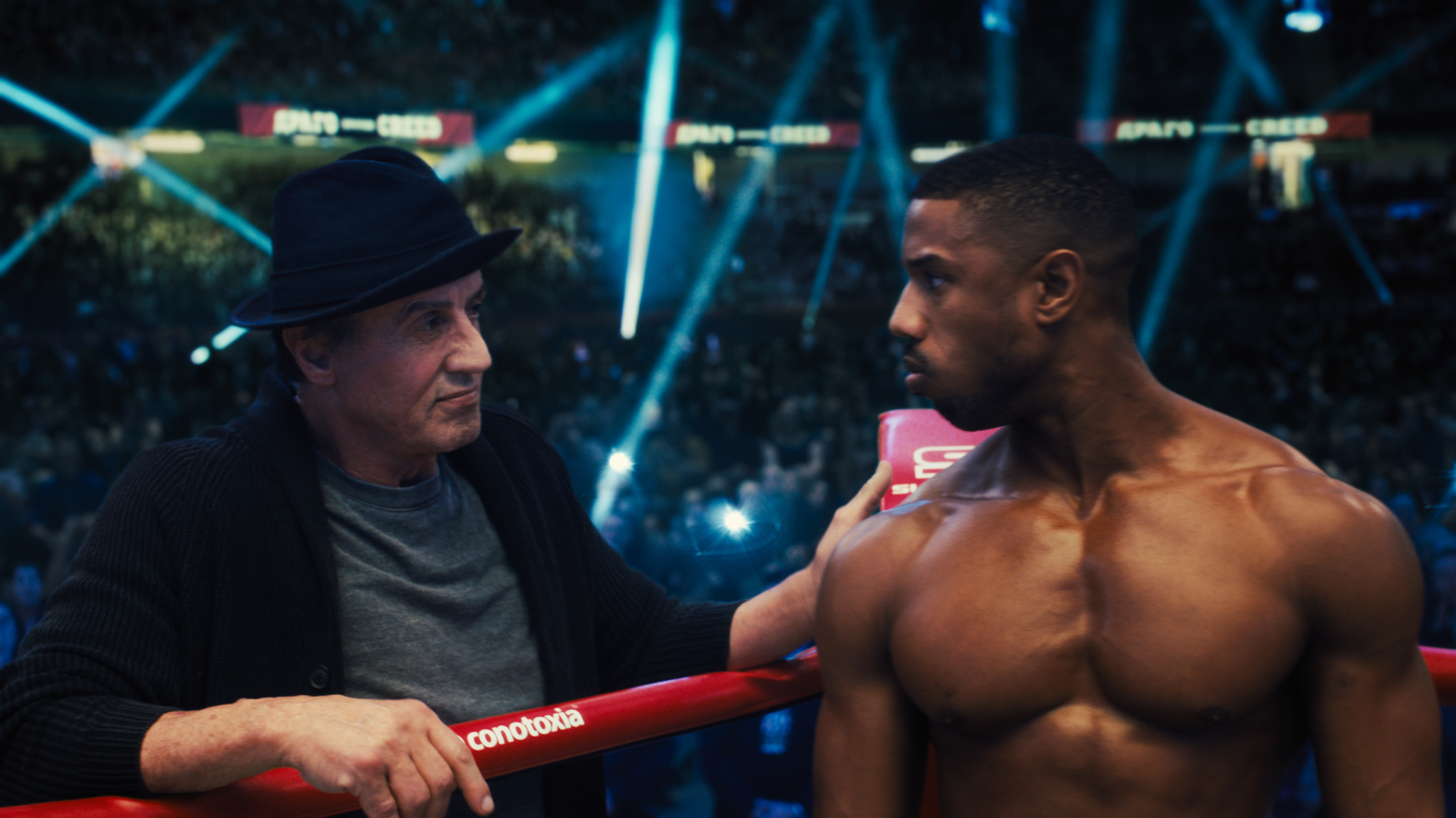 Creed II has everything I did and didn’t want in a sequel to the Rocky spin-off. While it does present Adonis Creed with another tough boxing challenge and ties directly into his lineage for being the son of Apollo, it also slips too comfortably into the old Rocky movies. The punches are heavier, the stakes are higher, and character drama is amplified to the point of being a melodrama. And while it certainly gets the job done as a blood-pumping pleaser, it does show a bit of wear and tear that threatens to take the Creed franchise down a peg into the lesser Rocky territory.

The good news is that Michael B. Jordan still hasn’t faltered in the role of Adonis. He’s an unstoppable machine in the boxing ring and a worryingly admirable man outside of it. He wants to take the next steps in his relationship with the deaf Bianca (Tessa Thompson). Helping him along the way, coaching in both matters of boxing and family, is old Rocky Balboa, played with an ease and charm by Sylvester Stallone once more. He’s willing to push for Creed to go further but isn’t willing to help him out with his latest fight. Because this time, it’s personal!

Did that line sound cliche? Well, it should, considering how this sequel is staged for tapping on that Rocky lore and staging. Creed is challenged by Russian boxer Viktor Drago (Florian Munteanu). Viktor is the son of Ivan Drago (Dolph Lundgren), also acting as the mean-spirited and driving coach. As the film recalls for us, it was Ivan who met Apollo Creed in the ring and killed him with blows most lethal. Adonis sees this as an opportunity for revenge, to finally beat the Russian family his father never lived to best. And in typical Rocky fashion, the Russians are still just as classically evil as in Rocky IV. Even with the added stakes of Ivan fighting to regain the love of his country and wife (no, seriously, his wife left him for losing to Rocky), Dolph and Viktor feel rather simplistic for having nothing to lose and desperate to gain. Don’t feel bad for them. The movie doesn’t want us to so the big match will truly be one of good versus evil.

And yet the film plays itself off too safe, especially when it comes to the drama outside the ring. We jump through many milestones with Adonis and Bianca, to the point where their marriage isn’t seen and their first child is played out just long enough for a dramatic footnote. Everything gets pushed aside for Creed’s many training montages and bouts with Viktor. This includes Bianca’s barely mentioned singing career, Little Duke’s (Wood Harris) connection to training another champ, and boxing agent Buddy (Russell Hornsby) pushing the revenge narrative. It’s also a huge shame that Phylicia Rashad isn’t more prominently in the film as Creed’s mother, considering how she has an overwhelming presence to her few powerful scenes.

No time to better harp on the drama surrounding Adonis’ matches, the film decides to focus more on the boxing fights than anything else. And here is where the film finds its cozy corner of theatrics, growing intense with every building moment of grueling training to every hurricane of punches in the ring. The fights are well shot and have the right epic music to build them up as fights worth cheering for. But most of that excitement comes from the mere presentation, considering how little of what goes on outside the ring plays out by the fierce finale.

While Creed II still has some fight left in its story of Adonis, it doesn’t seem to be holding well with much else. It forgets about the smaller moments which are far more interesting, considering my favorite moments are the quiet and warm exchanges between Stallone and Jordan as two boxers that understand each other best. The series needs to keep up this dynamic if it hopes to go further and not descend into the monotony of the Rocky sequels. Down but not out, this sequel has blood pumping through its veins but is showing signs fatigue.