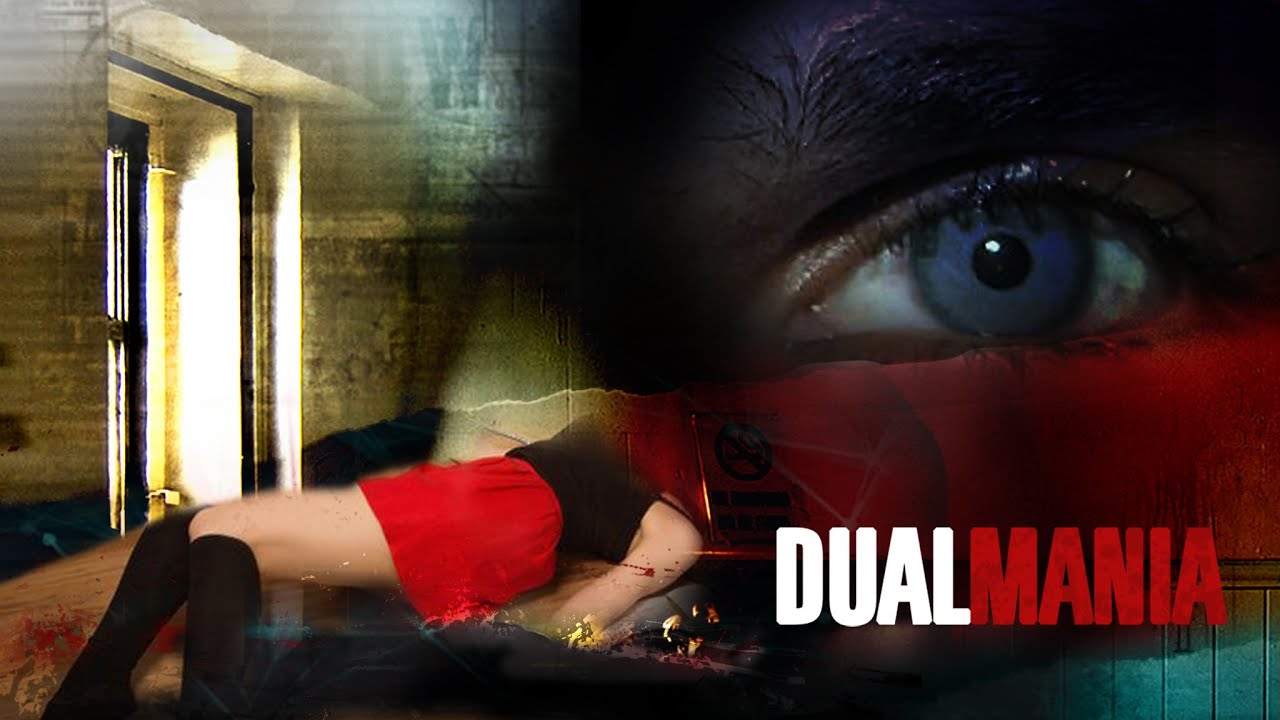 Dual Mania boasts a tale so simple it neatly fits more into the realm of traditional noir than it does the neo-noir thrillers of the 1990s. Sure, it has some of the familiar lighting, where exteriors and interiors are often bathed in somber blues, but it also lets the story linger with dialogue that is often direct and blunt. Rarely does it feel as though a moment lingers too long in this psychological thriller that poses itself with few cuts and straight-to-the-point storytelling.

The film follows the two characters of Dr. Steve Livingston (Joseph Plummer) and his first major patient Tommy Valentine (Michael Spitz). Steve is hoping that this will be his big break in psychology but it won’t be an easy case. Tommy, however, won’t be an easy subject.

Tommy’s personal life is unhinged. By day, he works at a record store where he seems like the meek employee amid his loud boss. By night, however, he becomes a more manipulative person. He invites over a woman for a drink but their conversation soon turns uncomfortable when Tommy becomes handsy and drugs her. We don’t see the full details of what follows, only that the woman staggers out of his apartment half-naked and feeling ill.

Tommy initially seems open to attending therapy for his condition of multiple personalities and his psychotic breaks but his sessions are aggressive. Steve keeps his cool while Tommy continually grows agitated with the questioning, trying to turn the tables on his doctor by asking about his personal life.

The truth is that Steve’s personal life is far from ideal. He has a girlfriend but she is growing tired of how slow their relationship is moving. He’s been moved in for some time but seems more committed to his work than he is to his would-be wife. However, as Steve’s investigation continues, it’s revealed that he’s not exactly a faithful man either.

Steve struggles to learn more about Tommy but his past is quite secretive. With Tommy’s sessions turning up more questions than answers, Steve seeks out those who knew Tommy best. But the further Steve becomes involved, the more he not only endangers himself but his career as well.

Dual Mania embodies a lot of familiar noir elements by keeping its two leads in a constant state of gray. Tommy exists as an enigma but one that finds himself questioning the nature of psychology. His table-turning on Steve isn’t just a defensive move but one that brings up a deeper questioning on the nature of how effective medication can be in such cases. Tommy not only brings up this aspect but holds Steve to give an answer. Steve, however, resorts more to delivering stock answers that do not place Tommy at ease or quell his unpredictable nature.

There’s a lot of individual scenes that work on their own. Steve will at one point venture to visit his mother in a nursing home, reconnecting with a woman who ignored him as a kid. It’s a somberly contemplative moment and Plummer gives a fine performance. It’s also a moment that does a far better job communicating his history with his mom considering the flashback of his childhood does a lukewarm job of showcasing neglect and trauma.

Tommy’s many episodes of losing himself amid sex and violence are pretty stellar at creating tension. One of the more intense sequences showcases Tommy engaged in the act with a woman while being distracted by a stranger in the darkness. The stranger veers closer and Tommy pleads to not let the darkness creep into him during a moment that should be of pleasure. The minimal use of lighting and tilted angles make this scene say so much with so little. Spitz also sells this believable ideal of a conflicted soul well the way he seems to hide in plain sight with ease while slowly letting his darker side creep onto the screen.

Filtered through the lens of ambitious and low-budget filmmaking, Dual Mania is a rather solid effort considering how effective it is for maintaining focus. The editing is crisp enough to not waste time, the tone established is decent (despite some jarring soundtrack choices), and the dark questioning it weaves is just compelling enough without boring the audience with meandering philosophies. Questions of nature vs. nurture and doctor-patient relations play a big role but thankfully never arrive at simple answers of questionable moral platitudes.

It’d be so easy for a film such as this to fall off the deep end in painting yet another picture of those with mental disorders is a danger but the movie never settles for something so easy as gunning down a patient with a rosy ending to be had. Dual Mania thankfully never becomes this troubling of a picture and favors a more pleasing route of being a tactile and moody thriller.