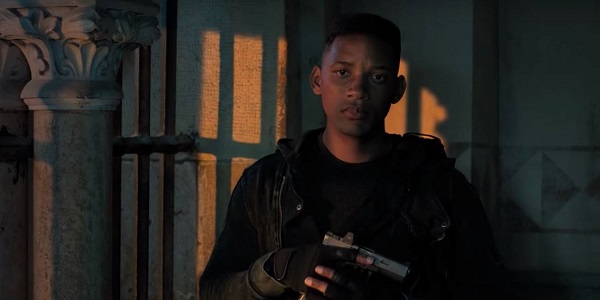 It’s clear that in the two decades leading up to Gemini Man finally being produced that the focus was more on the tech than the script. Branded with gimmicks, the talk of the picture is more about how impressive and believable a computer-generated Will Smith appears on the screen. Another point of praise comes from an increased frame rate for special showings. You won’t hear many speaking highly about the characters or story and for good reason. They’re mere pale and tired placeholders for decadence; a lot of frosting on top of a hollow cake.

But what purpose does a younger Will Smith serve to such a picture? He doesn’t look too shabby as the 51-year-old government assassin Henry. He’s a crack shot who can hit any target from any distance. But he’s getting older and is starting to get rusty as well as tormented by the grimness of his work. Or at least that’s what he tells us. No chance of Smith showing us this anguish. Not when there’s a spectacle of computer graphics coming our way.

Henry doesn’t question his last batch of targets perhaps because retirement is on his mind. Silly assassin; nobody retires in a thriller. The secret government organization of Project Gemini is now after Henry to kill him off and avoid anyone discovering the secrets of their project. To get rid of the world’s most excellent assassin, they send Junior, a 25-year-old clone of Henry. And if you thought the 51-year-old weary Smith was too expressive in his somber and tired delivery, Junior aims to one-up Henry in both actions and how emotionless he can be.

What was the point of this? Sure, the showcase of tech is nice but how believable is this Smith clone rendered entirely with computer graphics? He emotes very little despite seeming so realistic in close up scenes that beg us to find a flaw. We can hardly make him out during chase scenes of him bounding off roofs and motorcycles, so smooth he may as well be a robot. All this tech to render a young Smith and he’s merely a robot of action bound by boring ambitions to his mission.

No help can be found in the supporting cast either. Mary Elizabeth Winstead is the sidekick who exists to ask questions and be eye candy when she undresses in front of Junior. Clive Owen is the obligatory sinister project head who speaks in cold and weary lines about clones changing the battlefield. Benedict Wong, as talented as he is, is wasted in a film that assigns him as the basic comic relief character, armed only with nothing one-liners.

How much can we really enjoy Gemini Man on gimmick alone? The CGI Will Smith and the higher frame rate are nice but it’s not like we haven’t seen other films try this before. They may not have been as advanced as Gemini Man’s presentation but I can guarantee their scripts are far more inspired than this bland thriller.