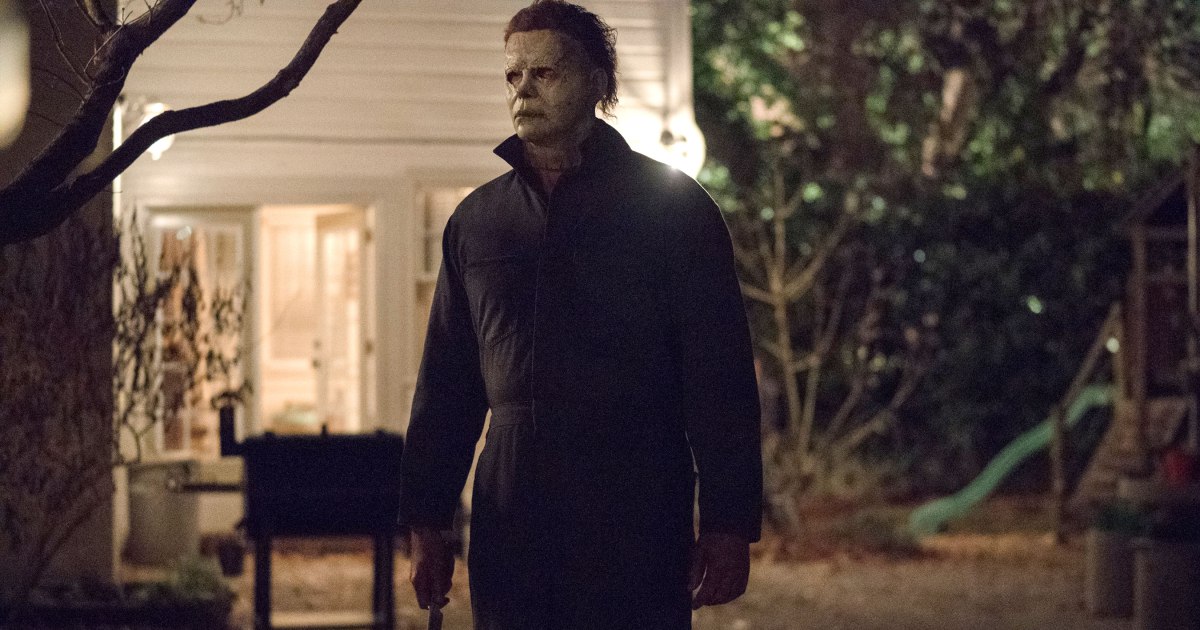 Similar to the Godzilla saga, Halloween has gone through a number of different sequels and remakes over the decades. David Gordon Green’s Halloween, however, feels like the true sequel worthy of following the footsteps of the near-flawless slasher classic that started it all. Also like Godzilla, his version wipes the slate clean of every other sequel and remake. And while there’s still a fond place in my heart for Halloween II and the much-divergent Halloween III: Season of the Witch, there’s a pleasing charm to see a slasher revival get back to the basics while still reinventing itself.

Forty years after the events of the first film, both the killer of Michael Myers and the surviving babysitter of Laurie Strode (Jamie Lee Curtis) have been lying dormant. He waits patiently inside a mental institution, remaining silent and waiting for the just the right moment to make his escape and kill again. She has been preparing for Michael’s next killing spree in a big way. Laurie invests a most-secure home, takes up the sport of rifle shooting, and stalks the institution constantly, waiting with gun in hand for next rampage to erupt, decades in the making. The ultimate scream queen aims to never be afraid or trapped in the closet again, calculating her moves so that when the horror train is running full throttle, she’ll be ready to be the predator and not the prey.

All this planning has led her to push away her family in the name of safety. Her daughter, Karen Strode (Judy Greer), was taken away as Laurie was deemed unfit to raise a child, what with her gun training and bunker hiding lessons for little girls. As such, Karen grew to keep her own daughter Allyson (Andi Matichak) away from crazy old grandma with her talk of killers and preparing for the worst. Oh, but they’ll come crawling to her once Michael makes his escape and gets back to his old hobby of stalking and slashing around a suburban neighborhood.

While I do still cherish the original Halloween II, I love this alternate sequel even more for how it keeps Michael classic. There are a host people trying to figure him out, including some nosy podcasters and a mad psychologist that desperately wants to know what makes Myers tick. But Michael won’t reveal any secrets the way other sequels have, trying to spin stories of him being from a broken home or that Laurie was his sister. There are no such easy answers here. That’s the allure of Michael; he never speaks, his motives are unknown, and he’s a terrifying force for being a dark, faceless, unreasonable killing machine.

But there’s a neat little twist in how Laurie takes the reigns for being the smarter survivor that has only grown wiser with age. As strange as it sounds, there’s an exhilarating feeling to Laurie’s house of horrors built for handling all of Michael’s tricks. When seeking him out within the dark spaces, she locks down rooms. When preparing for his bursting through the door, she already has a secret room perfect for shooting Michael through the floorboards. And while her traps only grow more elaborate to the point that I wouldn’t be surprised if she was inspired by Home Alone.

While it’s tough to now refer to this faithful sequel as only Halloween, it’s an entertaining throwback that deserves to be branded as the true successor. Michael Myers feels scary again, going so far as to murder kids who may get in his way, letting us know this murderer spares nobody (except babies for some reason that should remain unexplained). His kills range from the simplest of suffocations to the sneakiest of stabbings, to the most grotesque of decapitations. And there’s a thrill watching a silver-haired Jamie Lee Curtis furiously touting a shotgun at Myers to bring the franchise to a close. Sure, we know it probably won’t end here but it’s such a satisfying end that it’d seem silly to continue on from such a stellar closure. If the Halloween is to ever die, let it rest in peace here under the moody atmosphere of John Carpenter’s familiar music.