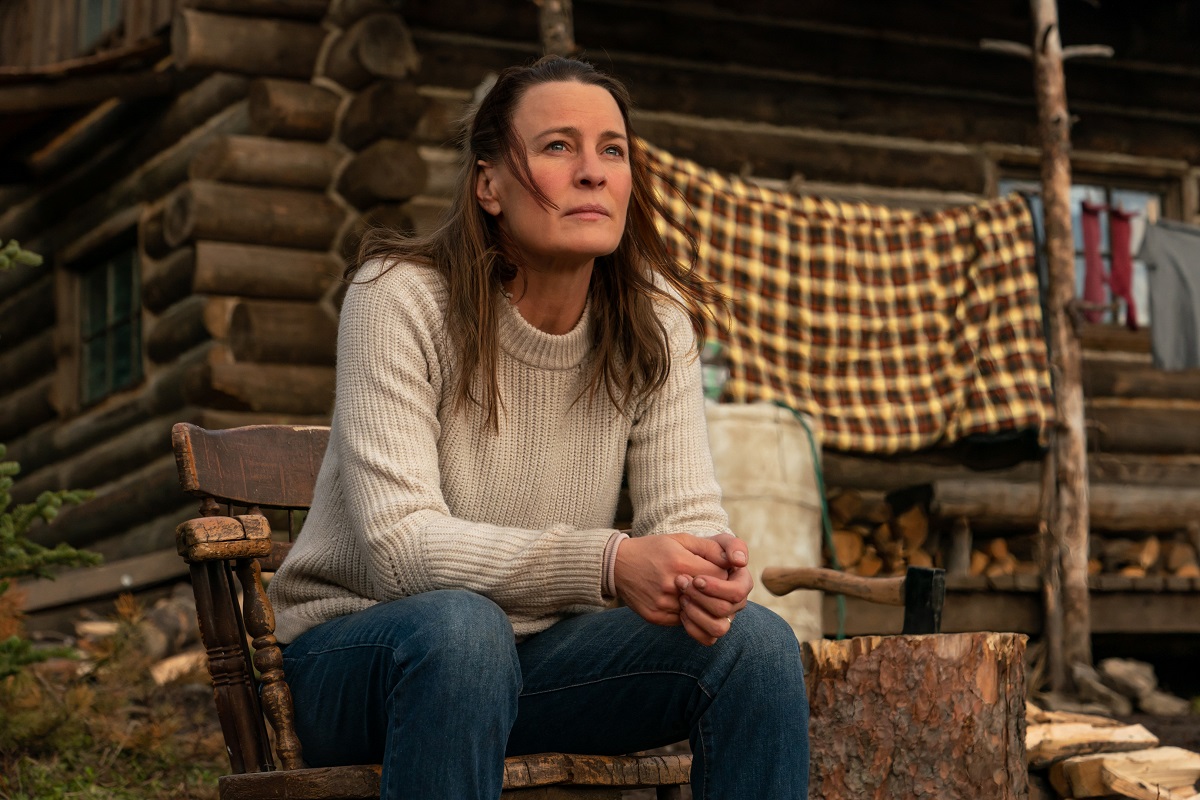 A woman goes up to the mountains to get away for a while but we don’t know from what. She hitches a ride up to a cabin and lives on her own. But she’s no good at the cabin life. Her ability to chop wood is subpar and her ability to keep warm during winter is lacking. Soon, it becomes clear why this woman came to the woods; she intends to die here.

The woman is Edee, played with quiet contemplation and emtional fire by Robin Wright, making her directorial debut as well. She’s not so much suicidal as she is accepting of whatever hand Mother Nature deals her. Having survived a traumatic experience, she asks the question of “why me” and hopes that the woods will answer, even if it’s with death.

Nature may not grant her an end to her suffering of being alive but the local hunter Miguel (Demián Bichir). He’s just the sort of hope she needs in humanity, nursing back to health and offering his cabin to her at no cost. A bond soon forms and a reason to live, as Edee discovers that the human connection is so crucial to what makes life worth living.

That theme may seem like a bit of a cliche of any wilderness survival picture where a character is isolated. What helps sell it better is the amazing cinematography of the Rockies posed in such a gorgeous manner. Everything from the unforgiving winter to a peaceful sunset on the mountains is a mesmerizing sight. There’s a tranquil scene where Wright is just sitting in a bath and saying nothing, letting the sounds of the woods waft over her as she seeks peace from her darker past.

It’s when the film tries to push Edee and Miguel together that the film loses its edge and starts to become a bit melodramatic. The talks between Edee and Miguel are not all that compelling, finding the oddest ways to let them open up about themselves. But the film never builds this aspect up as much as it does the simpler moments that the emotional finale not only feels rushed but also quite off for bringing their running gag about Star Wars to a close.

Land has its ups and downs but as the first film for Wright to helm herself, it’s a strong first picture that finds a few notes here and there of powerful emotional depth. Her performance is also one of her finest, breathing life into a character who tells us so much by saying so little. A bright future is in Wright’s hands, making the scene of her looking out over the spacious frontier a fitting encapsulation.