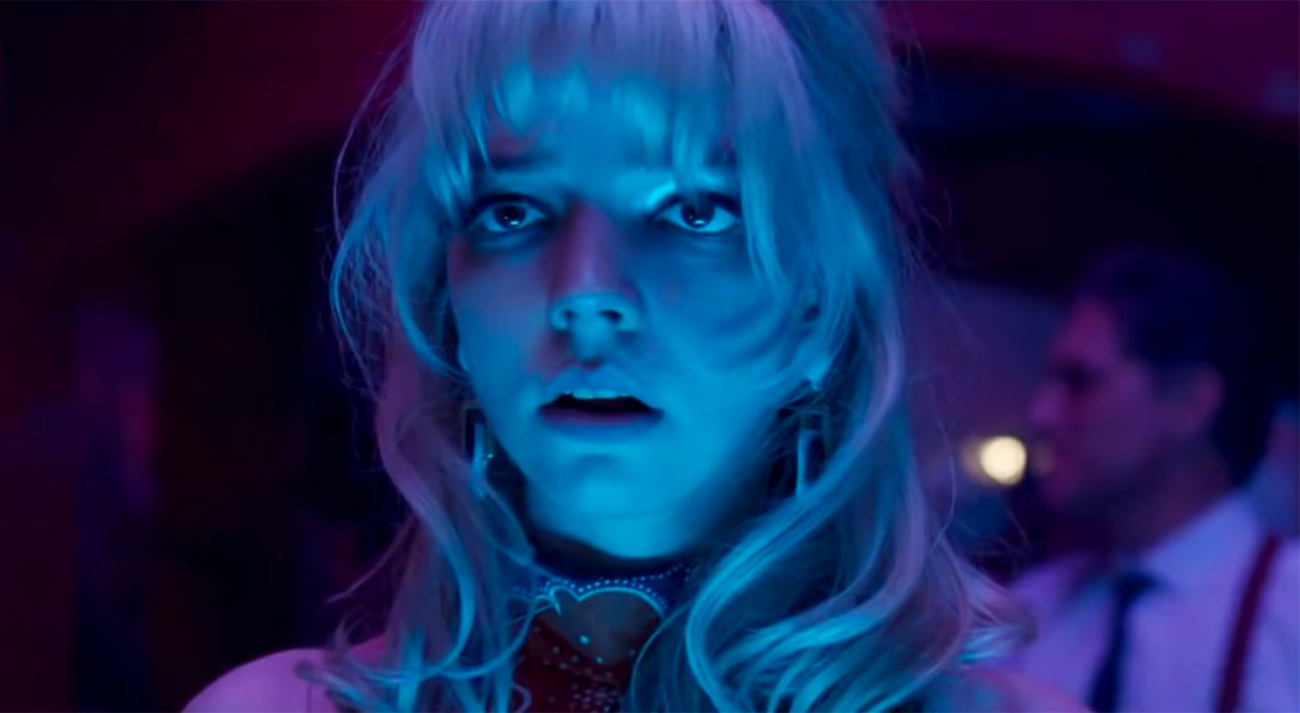 Nostalgia can trap you. It can cloud the mind with dreams of a more pleasing world that diverges from the modern one. It’s a powerful theme that Edgar Wright evokes in Last Night in Soho, his doozy of a horror picture that stirs together supernatural and psychological elements. The results are trippy, twisty, and perhaps Wright’s most nightmarish of pictures. It’s also sure to be the most polarizing for favoring darkness and surprises in a way that will undoubtedly catch its audience off-guard.

Ellie Turner (Thomasin McKenzie) is established as a girl who loves the 1960s. She loves the music, the fashion, and the energy of all of it when it once occupied London. She’s hoping some of that magic lingers when she prepares to venture out of her cozy village home and pursue a career in fashion by studying England’s iconic city. Though Ellie has struggled a bit to get to this point, having endured the death of her mother, Ellie’s grandmother supports her all the way. She also warns her granddaughter of the dangers that may lie in the city.

Ellie’s initial experience of London is one of fear, sadness, and excitement. She loves living in the city but just can’t connect with her dorm room of snooty students who look down on her. Trying to find a better place to live, she seeks to rent a room at an old place run by the old Ms. Collins (Diana Rigg).

Collins has strict rules about renting the upstairs room of her place, stressing no boys or partying. To any other student, this would be a deal-breaker but it’s more of a deal-closer for Ellie. While others favor going out for drinks and hitting the clubs, Ellie finds some contentment in just staying in and listening to her favorite bands from the 1960s.

Her obsession takes on a new aspect when her first night at a new place leads to a strange dream. She dreams of the woman Sandie (Anya Taylor-Joy), a singer and dancer of the 1960s nightlife. Dropping in and out of Sandie’s life, Ellie gets to experience what it’s like to stroll into a fancy club and flirt with someone as swanky as Jack (Matt Smith). Promises are made of making a career in performing take-off and romance is declared on the dance floor in a sublimely edited sequence of clever effects and a retro style.

At first, Ellie’s nightly trips to the past are of great inspiration. She gets new ideas and becomes a stand-out student at designer college. But the more her dreams progress, the more darkness she unearths. Sandie’s life was not a glamourous as it appeared at first. Her career soon goes down a path of depression, drinking, abuse, and rape. By the time she starts witnessing a murder, she starts questioning who Sandie is and why these dreams are occurring in such a room.

Most of the film becomes a surreal murder mystery as Ellie tries to decipher a murder from decades ago while trying to maintain sanity amid creepy ghosts of the past. Sometimes it works for highly tense scenes of Ellie nearly driving herself mad. Sometimes, however, it makes for scenes that are perhaps more uncomfortable than they should be.

By the third act, there’s a shocking twist that nearly changes the entire messaging of the picture. It’s clever in that reveal isn’t too obvious but also seems to nearly rob the picture of its contemplation on how an obsession with fame and the past can be dreadful. There’s a conflict of tone due to this aspect, which makes a rather mysterious performance by Terence Stamp feel lacking in its impact.

Last Night in Soho is a mixed-bag of a love letter and a warning shot of nostalgia. Edgar Wright’s stylish edge hasn’t diminished as there are a number of highly surreal sequences. The darker tone and twistier tale, however, carry some muddied observations on just how much the film criticizes the past or glamorizes it. There’s a deeper questioning that feels lost in the film’s stylish edge of transporting viewers to a dreamy vision of 1960s London. Sandie best encapsulates the film’s appeal as being a gorgeous-looking spectacle with concerning internal thoughts.