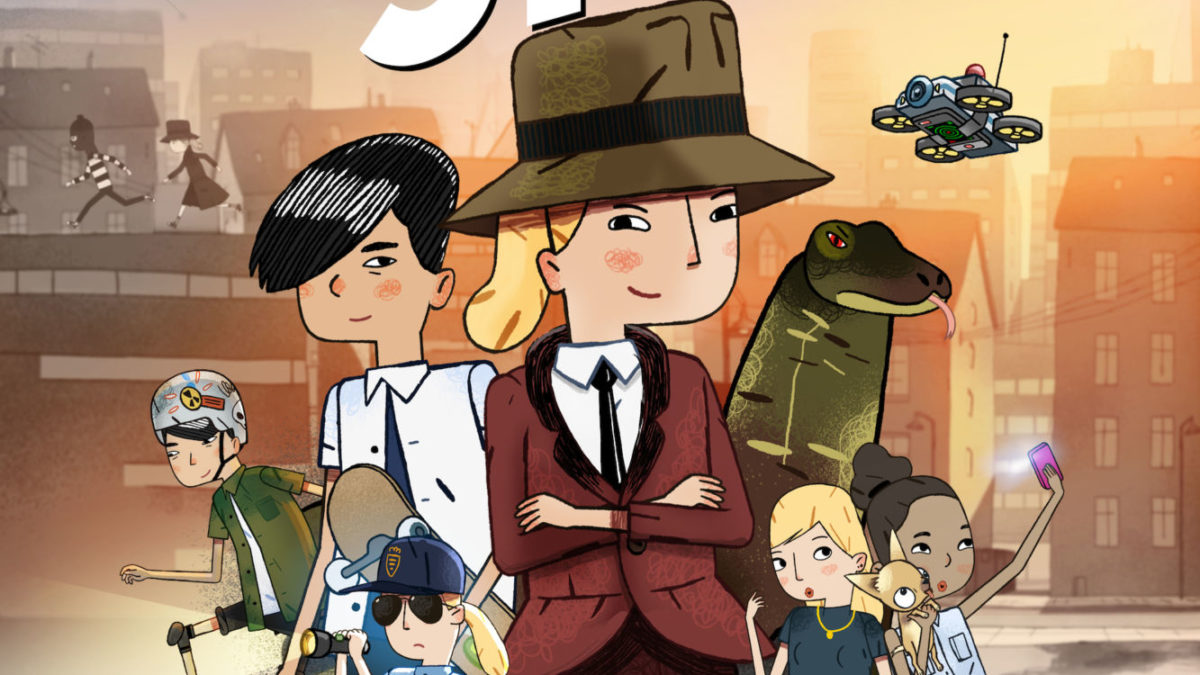 Despite a premise that sounds ripe with twists and turns, Next Door Spy feels very much like a quiet-time movie for the kids. As a counter to the manic and mile-a-minute animated movies, there’s a bit of a simpler splendor to the film’s indie-styling and gentle tone to its drama. While this film never really did anything for me, I hope that it can at the very least provide some temporary calm with its warmer sensibilities.

The story concerns the young girl Agatha Christine. With a name like that, this girl is either destined to be a mystery writer or a detective. But, honestly, what sounds more fun to animate and more interesting for kids? Even films for adults about writing tend to air on the side of the mundanity. Agatha has a classic style for a story set in the modern-day. She dreams of being the kind of detective from classic noir pictures, dashing across rooftops in black and white to capture a thief.

Agatha is the new girl in town and thus has a new spot in her single mother’s apartment to escape her snide sister and annoying baby brother. She sets up shop in her own private office where intends to establish herself as the new detective in town. She also has a sidekick to play off of in the form of a talking lizard which may or may not entirely be the product of her imagination. Don’t worry, there’s no over-the-top silly sentiments with the talking animal, developed more as a brooding sense of self-doubt and curiosity than anything.

Agatha’s first case comes from the kindly local shopowner who informs her of a thief among his store. Offering to tackle the case, Agatha goes the extra mile to make a name for herself by installing security functions in the store and developing all sorts of surveillance tech to unmask the thief. Her grander goal, more relatable for kids, is that accomplishing such a mission will prove she can handle a dog in the apartment. What she finds in her case is a tale of troubled family issues and a matter of health, trust, and possibly romance.

Though there’s much going on with this mystery, it never feels too overly complex for kids nor dangerously out there for concerned adults. It presents a believable mystery with valid concerns that kids and adults share, met with gentle affection and curiosity. And while this type of softer approach may lessen the experience for those seeking a gutsier mystery, I have to admit there’s something enrapturing about the easy method of quiet contemplation.

Next Door Spy’s art style is very much akin to the indie animation scene with its tweened motion-animation that brings back fond memories of student films from college. There’s a nostalgic twang in this sense to the storybook illustrations that feel like a children’s novel is bursting off the page. Again, this may not be everybody’s cup of tea considering the cheap budget this picture was most likely assembled from. This just goes to show, however, how far the medium has come to allow for such a timid yet tempered approach to a mystery for kids, not bound by the bombastic clout of marketing data that says kids like noises. Kids can dig on films that don’t have to beat them over the head with freneticism and they may perhaps get something out of this fresh change of pace. Or at least the parents will in that they won’t have to scramble for the volume.