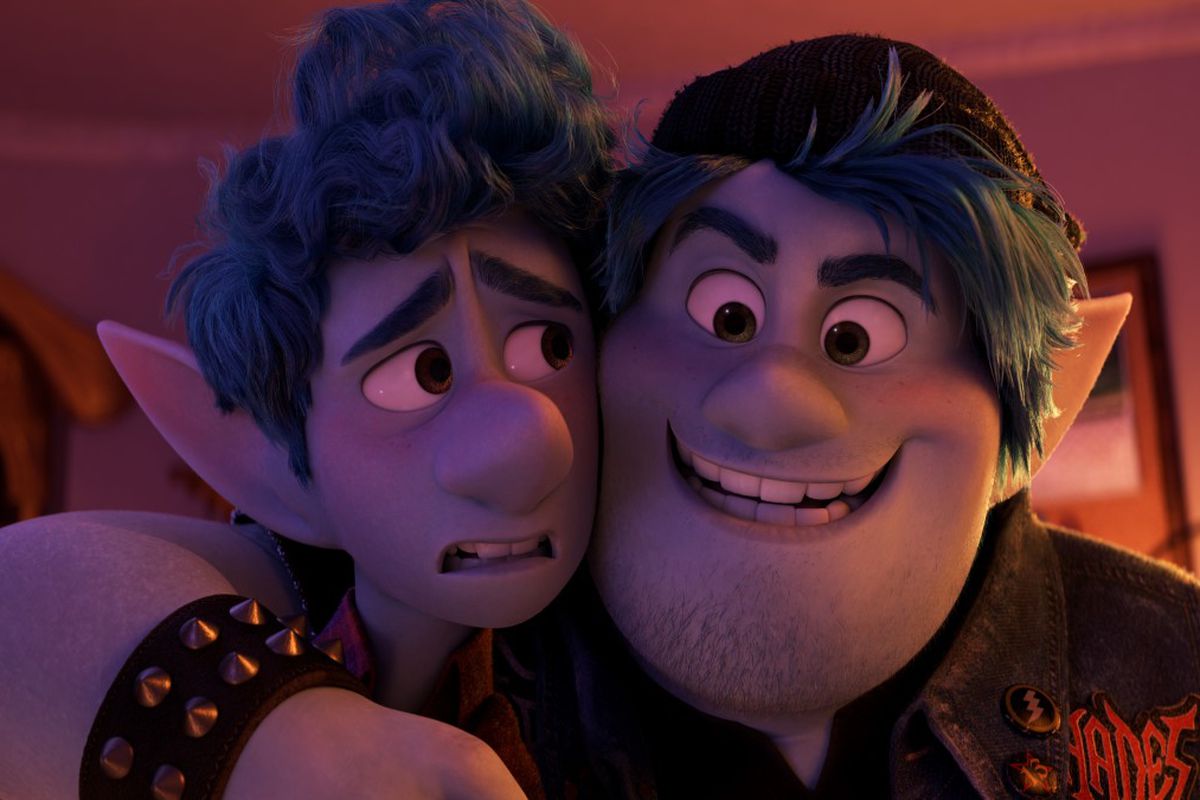 Pixar once more does what they do best: a detailed sense of worldbuilding with a movingly emotional story behind it. Considering their previous films that mostly relied on aged and long-awaited sequels (worthy as they may be), Onward features an original blend of suburban fantasy amid a tale of loss and family. The most popular animation studio still strives for a little more than the manic of most kid-oriented films.

The film is set in a land of fantasy and magic. Or at least it did. Magic has not fallen from the realm not due to some dark force of evil but due to the industrialization of their world. Industrialization kinda is a dark force and is certainly worthy of a much lengthier essay for another day. For anyone else who wants to savage the film as a depiction of the decay brought by late-stage capitalism, have at it.

Anyway, the film is about two elf brothers. Ian Lightfoot (Tom Holland) is a nervous one, terrified of expressing his emotions upon his 16th birthday. His older brother Barley (Chris Pratt) is the exact opposite as an eccentric and extroverted D&D-playing rebel with a love for fantasy (or historical fantasy, rather). They live with their active single mom who has a nosey cop for a boyfriend. Their biological dad passed away when the brothers were young. That loss still weighs on them.

But then something amazing happens. Magic seems to return to their world when the brothers discover dad left behind a magical staff and crystal that can bring their father back from the dead for one day. The two can finally get some closure especially since Ian never fully met his father and Barley only has a handful of memories about him. But when the crystal breaks mid-spell and they only have a lower half of their father, they set out on a quest to recover another crystal in time to speak with their father.

While there’s comfy ease for turning this into a road-trip buddy picture, Pixar has remarkable restraint when it comes to kind of adventure. There are a lot of urban fantasy gags that could’ve crowded the screen and overtaken the story, from the unicorns that act like feral cats of the neighborhood to centaurs cops that hardly run in their unhealthy modern lifestyle. At one point, the film is nearly hijacked by the hijinks of a punk fairy gang that prefers more to ride motorcycles than use their wings to fly. For the most part, however, the emotional story is never lost. All the absurdity feels perfectly placed as a color for the diverse world rather than the world itself.

The dynamic between Ian and Barley is strong and not just for the opposites chemistry. They have compelling reasons for wanting to see their father for some closure. One of the most unexpected moments of sadness features the bold Barley revealing that his final memory of his dad was not the most treasured, not being able to see his dad on life support. That pain of regret I honestly didn’t expect out of such a picture, even for one as adultly as a Pixar production. It’s also moving to see Ian recognize this side of his brother and realize how much he can learn from his family.

Though the B plot of their mom Laurel (Julia Louis-Dreyfus) teaming up with the manticore Corey (Octavia Spencer) doesn’t feel as moving, it’s still fun to see a story of older women taking charge and breaking out on their own road trip. They also seem to have the most action scenes as well. So if you ever wanted to see a sweater-wearing mom wielding a magic sword and fighting a dragon, this is certainly going to be your kind of Pixar picture.

Onward resonates so well for being a fast and funny fantasy as well as a rather adult story. Very few animated with dead parents ever dares to question how hard that loss can be, especially when it’s at such a young age and from disease. Where more timid animated pictures hide from the bleak, Pixar triumphantly pursues the tougher and more fulfilling terrain of animated entertainment.