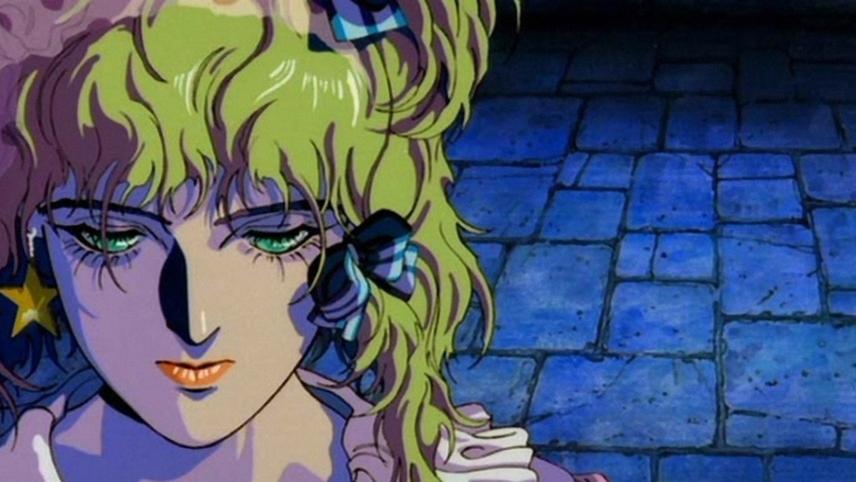 Robot Carnival acts as a deluxe sampler for the best of Japanese animation. Developed by some of the freshest talent of the late-80’s – most being animators just starting to direct – it’s an anthology film with shorts centering around robots. Some are humanoid androids that interact with humans on dates. Some are human-controlled giants that do battle. And, in the case of the opening titles, some are in giant collectives that plow through towns to announce a movie.

What I found most unique was how Katsuhiro Otomo – one of the most notable names of his anime for directing the landmark animation AKIRA – saddles himself with directing the opening and ending credit sequences. He transforms the title of the movie into a grand machine that roams the lands with an arsenal of robots and explosions. As one of his early animation directing projects, you see his style take shape that would lay the groundwork for his anime future animated features of epic carnage. A robot orchestra provides the soundtrack with musical instruments – the trumpets shooting exploding rockets. A gaggle of robotic ballerinas twirl and descend to the ground where they bow to the populace before exploding. It’s strangely detailed and hauntingly amusing as per Otomo’s trademark style for violence. And that’s just the bookend segments.

Koji Morimoto, an animator who would later work with Otomo as well, takes a stab at robotizing the classic monster story of Frankenstein with “Franken’s Gears”. Through the power of lightning, a mad scientist brings his robotic creation to life with a result both tragic and hilarious. Hidetoshi Omori directs “Deprive”, a heroic tale of one android trying to save his human counterpart from an alien invasion. It’s a decent tale of rescuing the girl with a Terminator-style twist, but it’s more admirable for boiling down its story into a few short minutes. It hits all the right beats for just long enough as not to bore those who have seen this story before.

One element I haven’t mentioned yet is that most of these shorts have zero dialogue. One of the first to actually have some speaking roles is “Presence”, a period romance of a man trying to build female robot to escape his wife and family. And even though there is some dialogue, director Yasuomi Umetsu thankfully doesn’t rely on it as he keeps the short more visual than expositional. This is also a blessing for the sake of the English dub script and voices which are surprisingly lackluster for being produced by Streamline Pictures way back in the early 90’s. You can see this at its worst in the most dialogue-heavy short “A Tale of Two Robots” which adds in too much for the English script. There might be some vindictiveness given how the short appears as World War 2 propaganda with the Japanese and English facing off in a 19th century setting with rickety giant robots. Despite the national leaning, it is rather hilarious for its limitations of technology, the amusing English dialogue recorded in Japanese and that this short is staged as third part of a trilogy that does not exist.

There are some more light and artistic additions as well in the form of “Cloud”, Mao Lambo’s segment about a robot walking through time to eventually become a real human. It’s beautifully rendered the way the rise and fall of humanity is portrayed through flowing clouds. This is a sweet and somber short that helps break up the frenetic energy of other shorts.

The most stereotypically 80’s of all the shorts would be “Star Light Angel” (even the title sounds very 80’s). A teenage girl after recently experiencing a breakup finds herself getting lost in an amusement park where a robot employee begins falling in love with her. Complete with laser-light shows and bright neon colors, I can’t think of any other Japanese animation that encapsulates the decade so perfectly with its bubblegum tone of a music video. There’s even a shameless plug for Coke included which could only be more 80’s if Max Headroom was drinking it.

Last and certainly not least is “Nightmare”, a post-apocalyptic vision of the future where robots rule and one drunken human finds himself escaping death. There’s a tremendous amount of inspiration from the likes of Fantasia and The Legend of Sleepy Hollow. It’s the most noteworthy of the batch not just for its stunningly intricate animation, but for touching on serious tones of robotization in a playful manner. This is perhaps one of the most defining aspects of anime that can achieve a thoughtfulness to darker subjects and find a way to transform them into unique works of art.

As far as anthology films go, Robot Carnival offers a lot of bang for the buck with a large number of shorts from tremendously talented artists. There are so many styles and tones present that there’s a little something for anyone seeking an animated sci-fi experience. With its operatic presentation and breathtaking animation, it’s the anime equal of Fantasia. And I’m aware that’s a lofty mantle to bestow, but it’s deservingly so as a unique experiment and a springboard for the talented anime directors of the 1990’s.