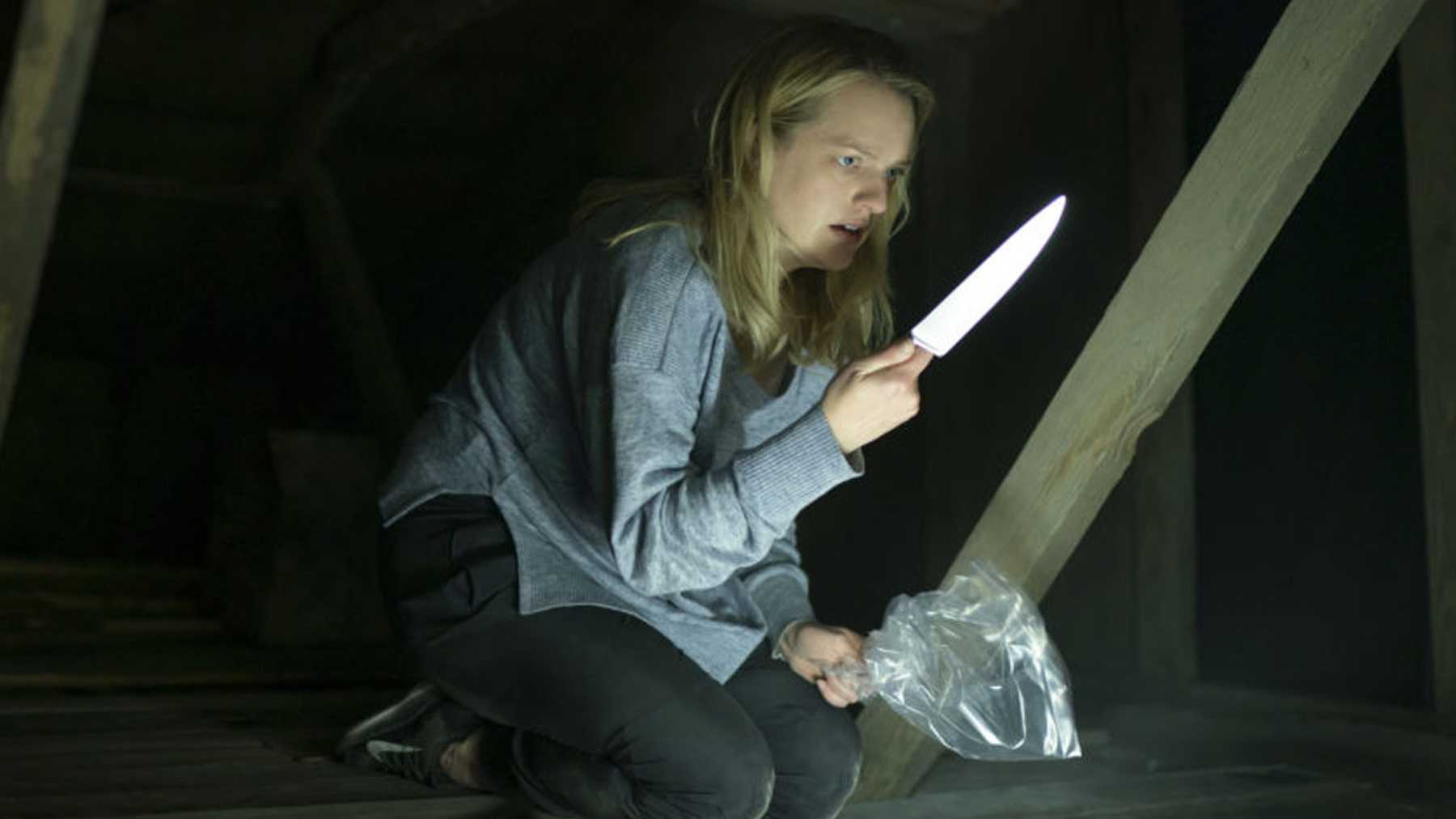 Even if the connected Dark Universe was declared dead after the dismal action reworkings of The Mummy, Universal wasn’t ready to throw in the towel for remaking their monster movies. The idea of a connected universe is so last decade. What’s in now is horror with a more vocal purpose and allegory. Something that says something about the world past mere monster-movie escapism. A relatable horror. The Invisible Man delivers exactly the kind of horror desired if the Universal monsters are to proceed into the 21st century.

Elizabeth Moss has proven through her roles in Her Smell and Us that she can dominate as a scream queen. Now she is handed a meaty role as the character of the abused Cecelia. She is stuck in a toxic relationship with the evil scientist Adrian. Adrian’s evil has not spawned from his mad science, as is the classic trope of this genre of monsters. He is instead a gaslighting manipulator of a husband who now has an extra weapon in his arsenal to torment the fearful Cecelia.

After an elaborate escape that is warranted by just narrowly finding a way out, she tries to live as normal a life as she can. It’s not easy; she fears even leaving the house knowing that Adrian is still out there and after her. Her life takes a strange turn, however, when Adrian turns up dead from suicide and leaves her a fat inheritance. Yet Adrian doesn’t leave her. He takes up rent in her brain, making her every action a cautious one littered with paranoia. It’s only when Adrian seems to be gone and her financial future is secure that the terror sets back in.

A lesser eye for horror may look on in confusion as to why Cecelia doesn’t simply leave the relationship. Not such a simple task for someone feeling trapped, reflective of real relationships that are not so easy to ditch, even for one such coupling without the baggage of children or debt. Of all the horror movies with illogical choices, The Invisible Man makes the most human of reactions to the toughest of situations.

To showcase this helplessness more pronounced, the film continues with Cecelia’s life being ruined by Adrian’s invisible presence. He hacks her emails, makes her hit people and steals her things. She is helpless and can seek no help. She relays her plight to others but nobody believes her. How could they? Adrian is dead and gone. So what can she do? Well, she must either fight on her own or work to prove the existence of Adrian, a task that is not easy when he controls every part of her life, including her body.

Leigh Whannell, the writer and director, breathes new life into this monster with a robust allegory armed with a nerve-wracking atmosphere. The brooding music, the fantastic staging, and a constant sense of fear throughout all contribute to making the film more engaging than mere jump scares, as effective as they are here. The uncertain presence of the Invisible Man lurks around the corner, where the framing suggests he may be in the room. Sometimes he is. Sometimes not. We never know when the tension will snap, making us as tense as Cecelia.

The Invisible Man finds more frights within its scenario that punches harder than perhaps this monster has ever appeared before. Cecelia’s tragic life makes the monster all the more believable and thus all the scarier. Men like Adrian have the money and tech to do whatever they want and sometimes use it to terrorize just one victim for power. Because of the monster’s insidious nature, the film doesn’t leave off on its expected ending of an aloof acceptance of the system just being the way it is. This story declines such dangling conceptions, where we don’t have to accept men masterminding gaslight schemes for abusing women perfectly within a flawed justice system. Few horror films end on such a deeply empowering and chilling final note.