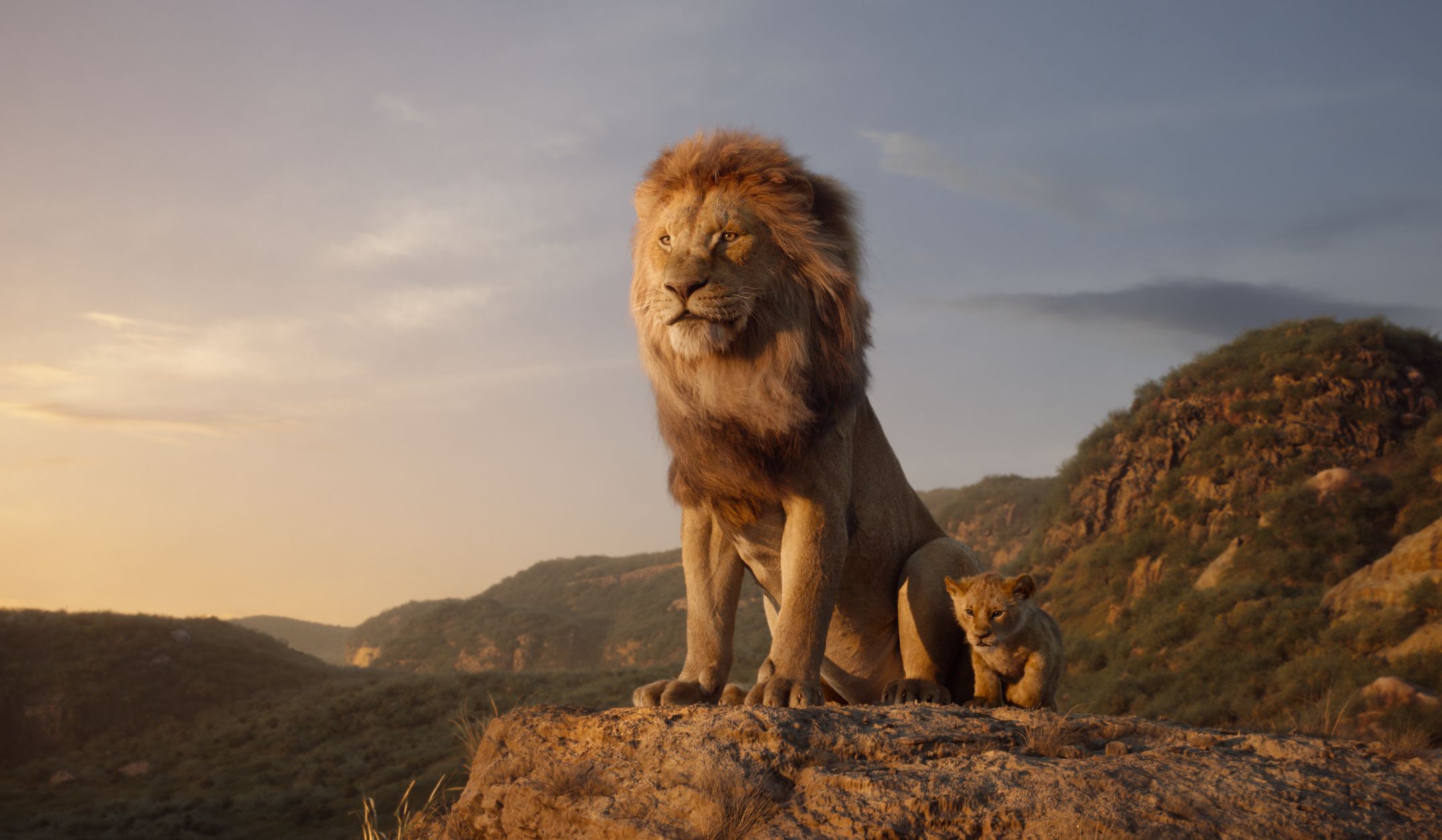 As the second Disney film directed by Jon Favreau to feature computer-generated animals, The Lion King plays things relatively safe with the perfected formula of the studio remaking their animated classics. Is there any deviation from the 1994 animated classic? Nope. Are the familiar songs all there? Yep. Does it surpass the original? Not a chance. Of course, this begs the question of what is the point in returning to this film with a remake. Sure, it’s little more than a prettier picture of the same film filtered through photorealistic computer animation. But, wow, is it pretty, if still not adding much of anything.

Favreau mostly plays the film straight with its story simply because it’s too classic to be in need of much retooling. We follow the young cub Simba who grows up among the animal kingdom of Africa as a prince to all. He learns all about the land which he is destined to rule and the philosophy on the circle of life from his father King Mufasa, reprised by James Earl Jones because, let’s face it, as long as he’s alive there’s no equal to his roles. Simba will also be targeted and framed for the murder of his father by the bitter and jealous Scar, played with more gnashing and snarl by Chiwetel Ejiofor. It would’ve been nice to see that aggravation towards the structure of the kingdom given greater focus on Scar, but, like I said, this story is kept lightly safe.

To pull off the computer-animated characters that look photorealistic but still have a natural performance, Favreau recorded some of the actors on sound stages where they just be themselves without much motion-tracking tech latched onto them. In terms of voices, I have to admit there’s a certain grace to the talented voice cast assembled. One issue that makes this most jarring is how Favreau’s direction attempts to balance the performance of the actors and the photorealism of African wildlife. This leads to many scenes that come off jarring where the expressions don’t stretch too far, leading to emotions that can’t quite be there without breaking the models. I couldn’t help but think the animators should gone that length to break the photorealism to allow for just a bit more emotion. Would it look all that real if done so? Maybe not, but I find myself thinking about the argument of one animator on Finding Nemo when an oceanographer argued about the weight of fish fins during production; “Fish don’t talk.”

Where the film excels best is in its sets and staging, giving off a grand operatic sensation. Though most elements of the film are shot-for-shot, the photorealism helps give a greater distinction. The music, scored this time by the talented Hans Zimmer, still carries great weight. I knew the scene with Simba watching his father perish would be coming, but the way it is staged still left a twinge of intensity in my heart for the pathos. Of course, all the classic songs from the 1994 animated film are present and, much like the story, they haven’t been messed with, maintaining the epic and playful nature of the many melodies.

Is this new The Lion King going to topple the original? Not even close, but it doesn’t tarnish the legacy. Much like franchise’s many stage productions, this is simply a cover song that more or less just tosses the same story at the screen with a different cast and a new medium. It’s a remake I associate with the likes of 2005’s The Producers, a film that doesn’t add much to classic comedy past the building blocks of its cast. I enjoyed The Lion King on this level of be little else than a reprisal, but I doubt it’ll stick in the mind as close as Favreau’s vision of The Jungle Book.