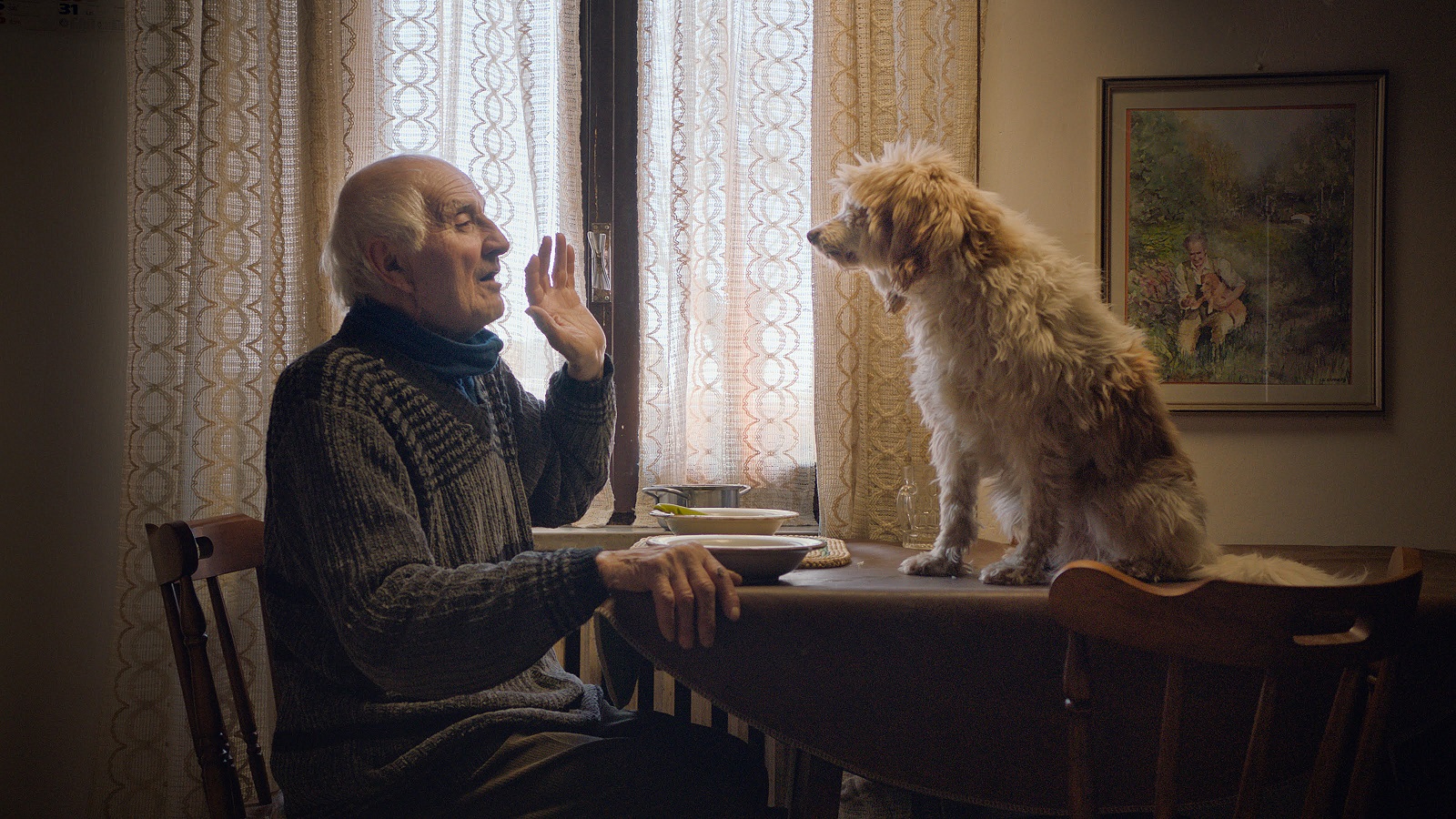 The act of hunting for truffles was something I knew about but never thought too much about. It seemed like it’d be an interesting profession, hiking through the woods searching for the most elusive and expensive of mushrooms. It would seem like such a profession would make for an interesting picture about highlighting the quirks and secrets of the trade. As it turns out, however, such hunters tend to mostly keep to themselves.

The Truffle Hunters is a contemplative documentary on the lifestyles of quiet and content. The mostly-elder hunters try to keep a strict lock and key on their operations that they won’t reveal much. They’ll let the cameras film their dogs who do the sniffing and their skills at trekking through the woods. Tips, however, are out of the question. Try as one youngster might convince an old-timer to divulge his strategies, there’s no budging on these hunters. They know that one lucky hunter could hone in on their turf. Not even family would gain such secrets, should they ever had kids (they won’t).

The life of a truffle hunter seems to be a relatively simple one. They journey through the woods of Northern Italy with hardly a word muttered. When they’re working, they’re so focused on the job that the camera gets more conversation out of the dogs with mounted cameras to their heads. Perhaps that’s the real draw of such a life. It’s quiet, simple, and can make one more connected with nature. It also seems to have its benefits for those who choose such a life in the country, as with one of the younger hunters who spends his evenings playing drums out into the open green hills.

The hunters are not made of stone though. They’re quite affectionate with their dogs, more worried about what will happen to them when they pass away than anybody else. One of them actually has a wife who he regularly spars with when it comes to continuing his non-stop hunter lifestyle. Another is trying to dabble in writing with a typewriter but finding such anxieties.

The only non-hunters we follow are some of the judgers and consumers of truffles, their environments being cleaner auction halls and stuffy dinner tables. Watch in confused awe as the camera focuses on one truffle expert consume a prime truffle while eating a dish and hear his remarkable commentary after eating silence: “It’s good.” There’s something poignant about such juxtapositioning in this film that doesn’t provide talking head commentary and just takes in the journey of truffle from forest to plate, thanks to some Michael Dweck and Gregory Kershaw.

The film ends with one hunter sneaking out into the night with his dog at the behest of his bitter wife, wishing her husband would give up the truffle hunting game. But it’s not a game to him. It may not even just be a job. It’s just a way of life that some men can’t see themselves doing anything else with their twilight years.