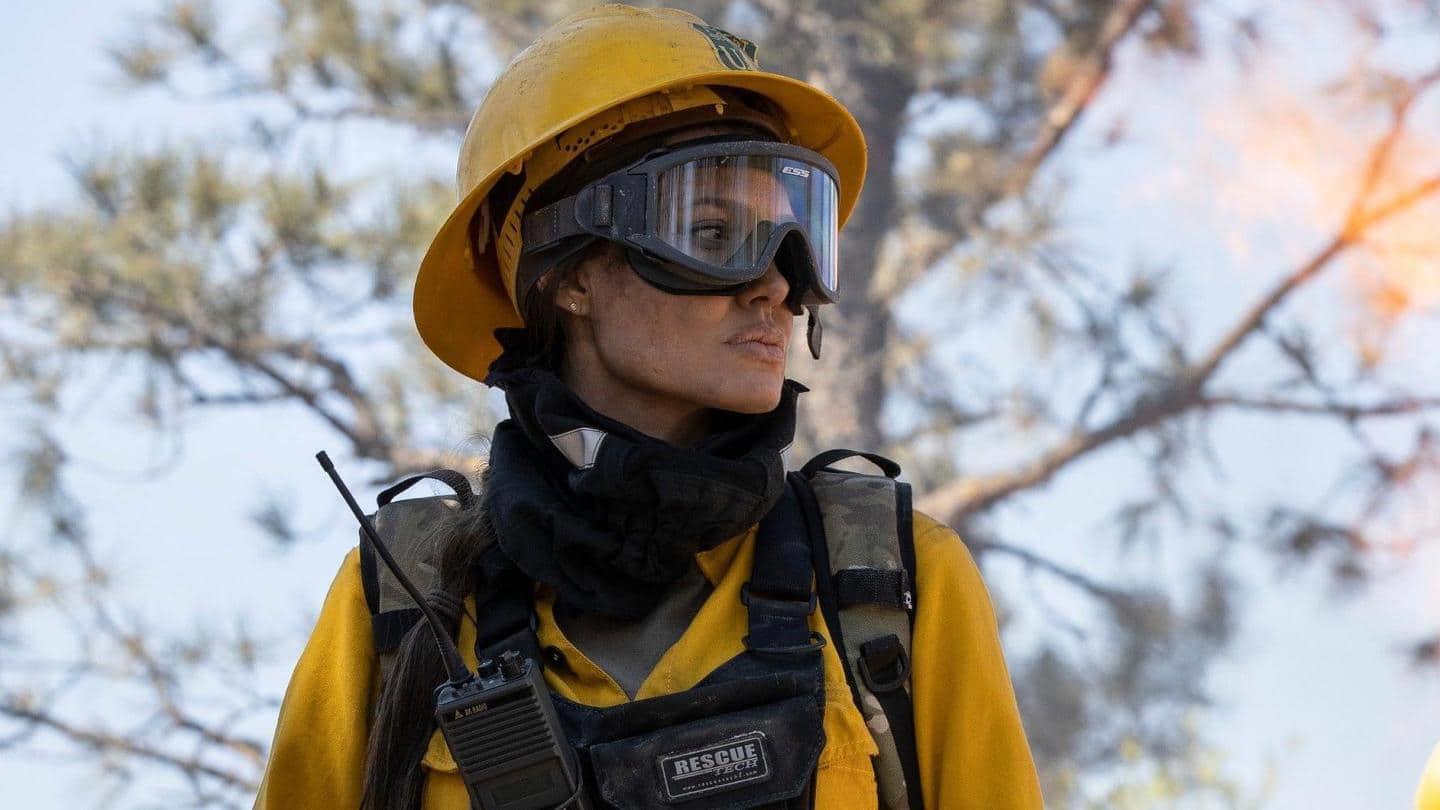 I’d like to imagine that the pitch for Those Who Wish Me Dead centered entirely around the climax. Picture this: Angelina Jolie in the woods defending a boy from hitmen by engaging in a brutal showdown. Not good enough? Wait, hold on, the woods are on fire! Now we’ve got a movie. If only the rest of the film had a better build-up to such a scene rather than being another by-the-numbers thriller.

Jolie is at least given a decent role as the former firefighter Hannah. She has a history of dealing with forest fires but is still haunted by that one where she couldn’t save everyone. The only thing that seems to keep the nightmares at bay is her beer-based bantering amid co-workers and her daringness to try exciting stuff. After all, there’s not much excitement awaiting her at her new post, watching over the Montana forests from a tower. Actually, that’s not true, considering a storm heads her way and she finds herself fleeing from the lightning that threatens her life, leading to her taking tough falls and scrapping skin.

Elsewhere, in Florida, Connor finds his life as a tween turned upside down when his father takes the wrong way to school. Connor gets most of the truth from his dad, that hitmen are pursuing them for learning something dangerous. What exactly did Connor’s dad dig up? Does it matter? The film never gives an answer because, really, it’s probably not a can of worms that the film is interested in opening. All you need to know is that Connor holds some juicy secrets that could shake politics and he needs to survive long enough to make the info public. Maybe Hannah can help, considering that she can fall out of towers and take a lightning strike to the back like a champ.

The hitmen targeting Connor are actually a father and son, working side by side to kill people with secrets. Aidan Gillen plays the seasoned killer of Jack Blackwell and works alongside his tall, quiet, and handsome son Patrick, played by a stoic Nicholas Hoult. My hopes sprang up for this pairing because there may perhaps be something to be said of how kids shouldn’t have to pay for the sins of their fathers. The film certainly seems to build this up in the way Patrick looks on with concern, unsure if he can commit to killing children. This is not the case. After all, don’t you want to see Hoult become the sinister villain who throws down with Jolie?

The only standout element of this film is a married couple of Sheriff Ethan (Jon Bernthal) and Allison Sawyer (Medina Senghore). They’re the greatest of supporting characters considering they act as though this isn’t their first action-thriller and are just as smart as the hitmen to read their actions. This leads to some of the most satisfying moments in the entire show, where Ethan calls out the hitmen for their hostage-taking logic and Allison hunts them down with a hunting rifle. Given that Allison is pregnant, there’s also plenty to root for with these characters who ooze personality, charm, and grit.

Those Who Wish Me Dead is rather by the numbers and only has its moments of grit here and there. Jolie gets to grind her teeth in a role that finds her as a battered-and-bruised hero, Gillen makes a sufficient villain, Hoult has an intimidating presence, Bernthal gives his usual swagger, and Medina Senghore is quite the breakout star of the film. Despite a scene where Senghore rides horseback while wielding a rifle and being pregnant being quite an original sight, the movie is mostly familiar elements that slaps on the barebones of stagings to inch towards that fantastic climax. As fantastic as it is, so much of the standard boiling is going to make this film more of a light thrill as it’ll soon evaporate from the mind, maybe coming up in conversation here and there as that movie where Jolie fought Hoult in the flaming woods.