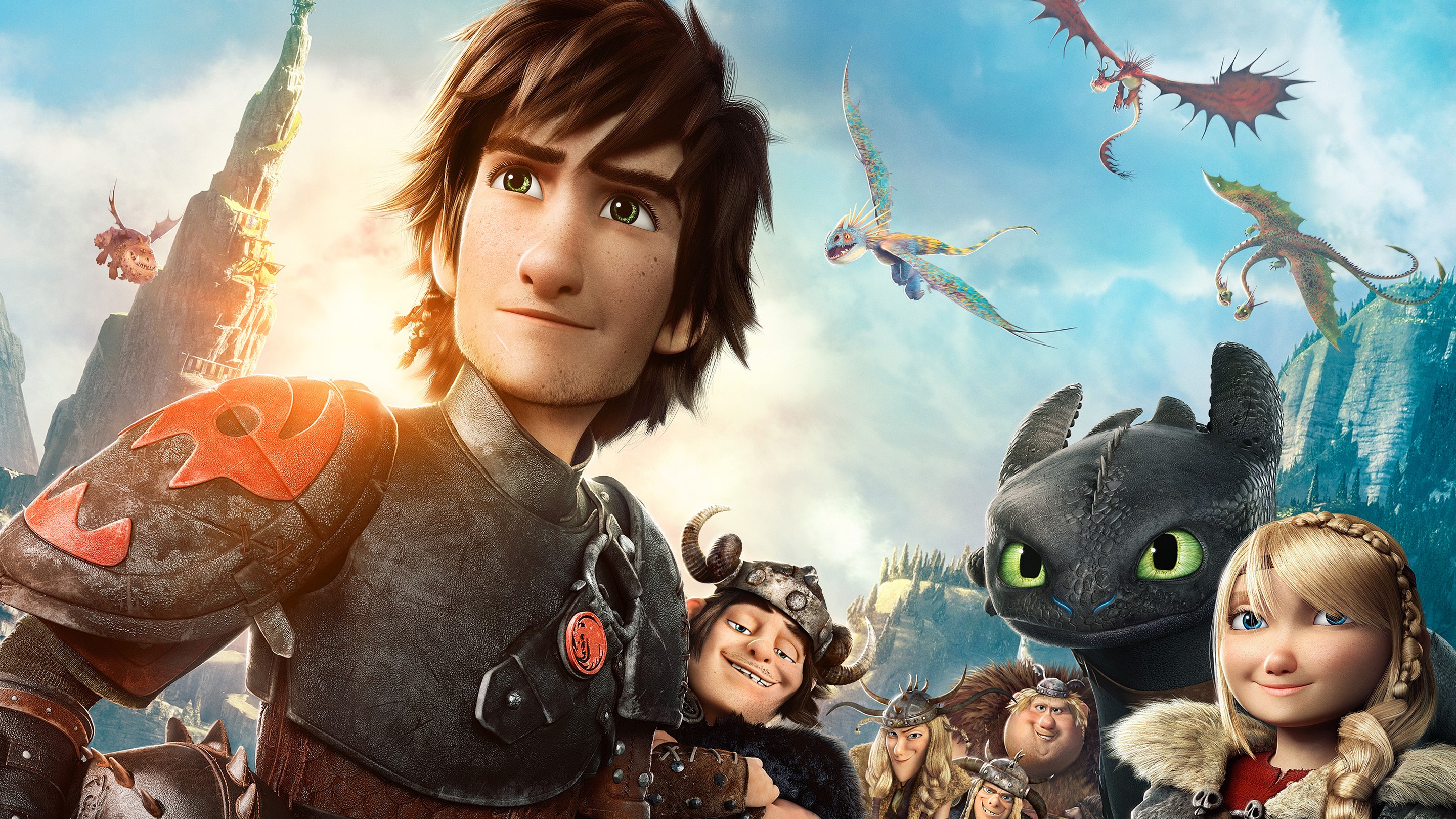 The sequel to How to Train Your Dragon succeeds where many continuing animated features falter. Having established this fantasy world, the next step is to naturally expand on the characters and exploring new wonders. Some films are not strong enough to keep these elements going and usually display how there was only enough material for one film. Thankfully, How to Train Your Dragon 2 proves that it has plenty of character, lore and fun to keep the film series going. At least for one sequel anyway.

The Viking island of Berk has grown very accustomed to the presence of dragons. They’re not just pets or fulfilling Flintstones-style jobs, but companions they befriend for flight and games. While the village enjoys the dragons for all these benefits, Hiccup and his dragon Toothless explore the many islands to map out undiscovered regions. It’s not just something fun to do with his dragon pal as he tests out his new flight suit, but helps him clear his mind of his father pressuring him to take over the clan.

While exploring the regions, they run into a band of dragon capturers who work for the warlord Drago. Hiccup and Toothless stumble upon this group and their bitter feud with a mysterious figure known as the Dragon Rider. Curious about the special powers of this Dragon Rider, Hiccup seeks out the individual which turns out to be a long lost family member. While Hiccup attempts to reunite his family and spend some time discovering more secrets of dragons, Drago has set his sights on both the Dragon Rider’s home for dragons in the mountains and Hiccup’s hometown of Berk. With a massive army at Drago’s disposal that continues to grow, Hiccup is going to need all the help he can get to save his people and his newfound family.

Returning director Dean DeBlois succeeds at bringing back the wonder and amazement for this world of dragons. In the first film, a select group of dragons were classified and explained. The sequel brings so many new and colorful kinds of dragons into the mix and let’s the audience get lost in the splendor of it all. From the little baby dragons with their erratic behaviour to the glacier-sized elder alpha, there are so many interesting creatures on screen that leaves you scrambling for the pause button to catch everything.

What helps keep the film moving is that it never slows down for anything. There is no elaborate narration given for the rules of the dragon sports game they play in Berk; it plops you right into the scene and trusts your eyes to convey how it works. There’s no detailed examination of how Hiccups fire-sword works; just a quick explanation of combining gas with a trigger. And one of my favorite moments is the reveal of Hiccup’s missing family member that’s unloaded gently and with grace as opposed to dumping it all into the script at once. This film is a perfect example of how an animated film can show instead of tell when there is so much to show.

Everything about the production is A-grade. From the various vast landscapes to smallest amounts of details on the character’s faces are top notch. I love the little defining features of the human characters from the aged whiskers of Stoick to Hiccup’s tiny scar on his chin. But, of course, the diverse mix of so many dragons that fill the screen are just as strong a sight to behold. From the triumphant score to the intricate sound design, I could down the list all day of just how many elements are knocked out of the park with this production.

The biggest flaw that many of these animated sequels fall into is becoming so obsessed with developing and playing with the already established elements that they forget to write an impressive story. DeBlois proves that he still has a story to tell and isn’t just rehashing. The family aspect to the story packs some real emotion that really does give the film its own tone providing a much more personal story than the first film. You really get a sense of family with the passing of the torch and taking care of your own. It’s a simple theme that plays so nicely you don’t mind how uneven the first act appears.

Whereas most sequels to stellar animated films seem just barely enjoyable, How to Train Your Dragon 2 manages to rise above the already spectacular predecessor. It’s a well-written machine with genuine emotion, fantastic flying sequences and still manages to be whole lot of fun. As far as Dreamworks sequels go, this is by far one of their best and certainly one I’d treasure for more than a few viewings.