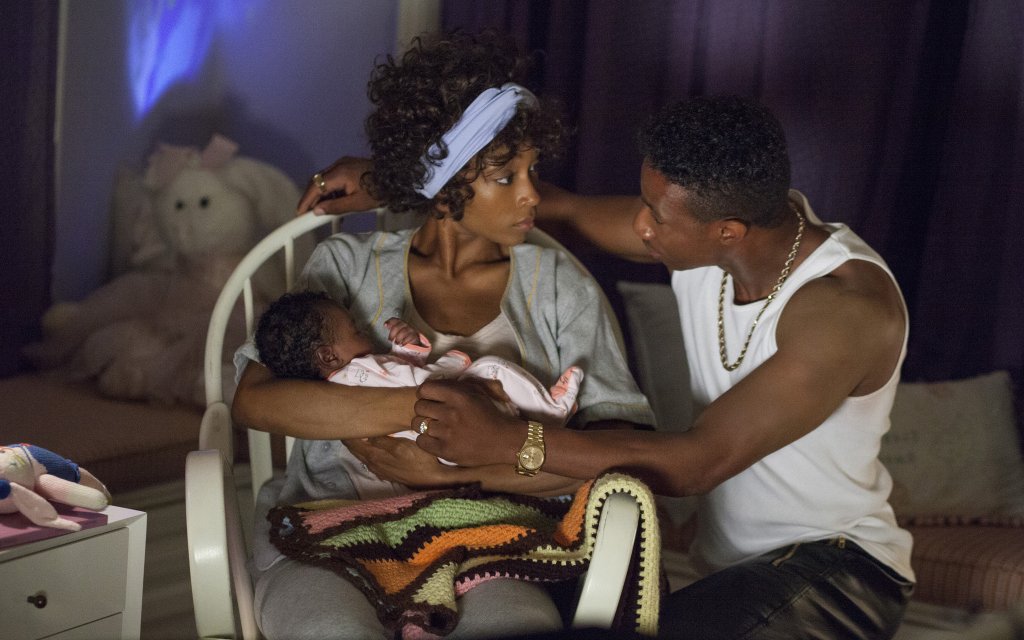 Lifetime just cannot wait for the chance to slap together these post-mortem retrospectives on female celebrities. Like a greedy consumer on Black Friday, they eagerly wait at the door for their demise and hop on the rights like a speedy vulture. Whereas other studios would wade and sort through the best route to take, Lifetime Productions will just jump right into these biographies with their made for TV movies. I suppose that’s the best thing you can say about these Lifetime films is that they are certainly timely on alluring subject, but, then again, so are tabloids and gossip rags.

But let’s touch on the one aspect of the Whitney Houston story that this film nails just right: the music. Naturally, you’d expect a few performances out of both Yaya DaCosta as Whitney Houston and Arlen Escarpeta as Bobby Brown. This TV movie does not disappoint in that department. Despite a separate voice providing Whitney’s vocals (Deborah Cox), you buy into their characters pouring out their heart and soul. Artificial? You bet, but it’s worth the Frankenstein approach to make Whitney’s concerts work. Their presence on stage and their powerful delivery of the lyrics is probably the best tribute to both Whitney and Bobby the film could hope to aspire towards.

And then the scenes of real dialogue begin as the movie slowly falls apart. As with all Lifetime productions, the TV movie merely touches on the media bullet points of Whitney’s relationship with Bobby Brown. We see the twinkle in her eye when she catches his performances, the flirty words they exchange for their love and the feuding dilemma of their shifting careers. Not much else is harped upon. Whitney’s cocaine addiction? Merely a glaze of mention between scenes and never really an issue. Their rocky marriage? Addressed, but mostly left hanging in dramatic clichés.

It’s rather amazing how the film tries to skirt around some of the juicier elements of Whitney Houston’s life. All the ingredients are there for a fully realized biopic, but all director Angela Bassett does is breeze through them for a mostly celebratory piece. It seems like such a waste given that Bassett starred alongside Houston in Waiting to Exhale. You’d think she’d provide some unique perspective having known Whitney during the height of her success. She mostly keeps the examination to a minimum, not even touching that familiar era of her life as Bassett restricts the story from 1989 to 1994. It’s a waste of personal perspective and a waste of real drama that is never tapped – most likely out of respect for the dead. But the film was criticized by the Houston family so it seems like a bust in that regard as well.

The performances in Whitney have all the love of a tribute while the drama has all the interest of a short high school essay on the famous singer. I’d say it’s worth viewing for the well-assembled concert footage, but if you’re fast-forwarding through the majority of the film to get to these sequences, you’re better off just watching actual concert footage of Whitney Houston. It’s a much more fitting way to remember the star than filling in the blanks of her early-90’s life with a Lifetime glaze.