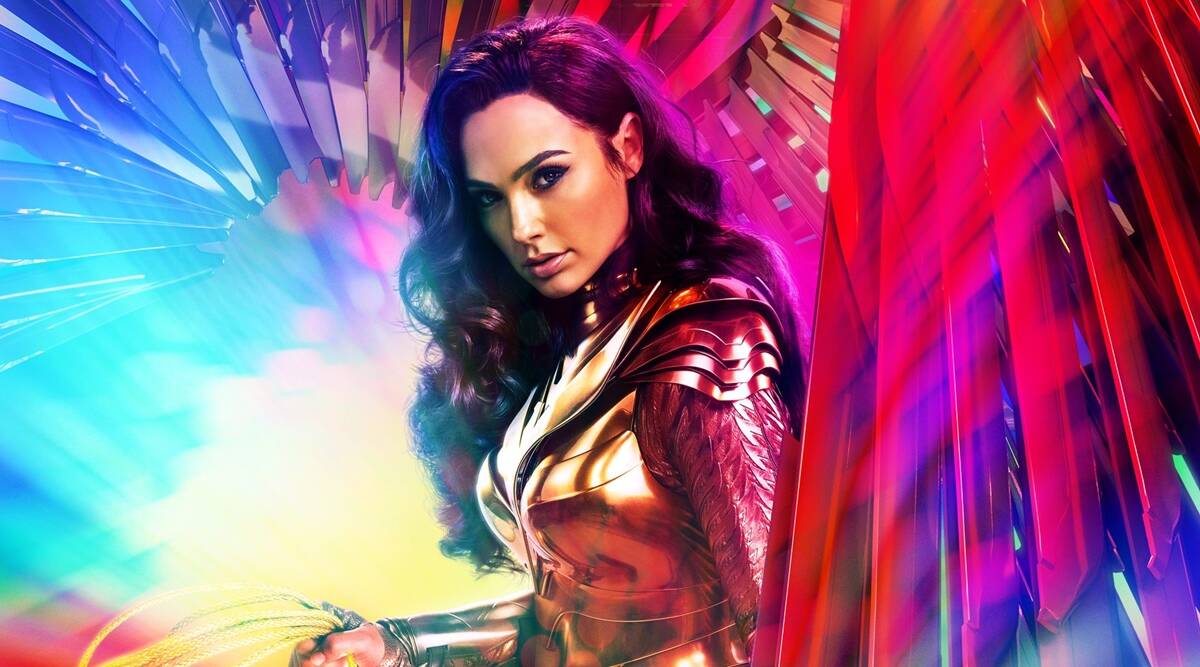 2017’s Wonder Woman featured the Amazon warrior of Diana Prince trying to prove that humanity is worth saving from the wrath of warring gods. The follow-up film finds the hero, once more reprised by Gal Gadot, trying to find the good in humanity warring against itself. Though the film chooses a unique time period to stage such divisiveness and greed to test the worth of mankind, Wonder Woman 1984 takes on too much in its broader story of believing in truth.

Diana has continued to live outside of her paradise, residing as a museum archeologist in America. When not combing through artifacts, she’s slipping on the superhero attire to stop some robbers here and save some innocents. After all this time, however, there’s still a void in her heart for losing the pilot Steven Trevor (Chris Pine) on her previous adventure. But a magic stone that grants wishes may just be able to bring him back when such an artifact runs across her desk.

A lot of people are after such a mysterious stone for their own gains. Diana’s co-worker of Barbara (Kristen Wiig) wants to use it to be more than just the geeky scientist everybody ignores in the office, desiring to be as powerful as Wonder Woman. Perhaps with her love of animal print, she may soon become Cheetah. But the one who is far more interested in this stone is Max Lord (Pedro Pascal), a failing oil tycoon who is so desperate for the ultimate win. He’s knowing enough of the stone that becoming the stone will grant you infinite wishes because I guess that’s a loophole in this monkey paw contract.

What follows is a tale indicative of the era, where Max’s greed and his reliance on the greed of others further his quest for power. It’s a theme that is thankfully the most 80s of the 1980s setting, never relying on the obvious and overused glitz and soundtrack of the decade. It’s up to Wonder Woman to once more prevent humanity from tearing itself apart at the seams during the height of the cold war, where wishes for more weapons and control over others run rampant.

These are very lofty ideas and yet the film hardly feels as though it touches on much in its 2.5-hour runtime. The first act, in particular, slogs so much with relying on the wonderment of Steve being amazing by 1980s society and little time for that genuine dynamic to brew again. One of their most comical yet telling scenes features Steve stealing a jet and insisting to Diana that they can outfly the airforce and escape their sights. While taking off, Diana covers her face realizing that radar makes such an escape impossible, and covers her face in embarrassment. “Well, shit, Diana,” shouts an aggravated Steve, realizing that there wasn’t a moment to mention something so crucial.

This problem with pacing for characters gives little time to make them more interesting. Barbara hardly gets the time to establish herself as someone in need of power, relegated to her being the awkward nerd who is ignored in the office and sexually harassed on the street. Little of that pain is explored in Diana trying to talk down her co-worker from corruption. At the same time, Max Lord’s arc of learning to be there more for his son has communicated so bluntly that it’s no wonder his kid stares at him stone-faced without emotion throughout the film.

The film becomes far too broad for wrapping in flawed human elements of the decade with a broad brush. World leaders are posed as far too simplistic in their wishes with Max, as the Egyptian oil tycoon desires to block out the unworthy from the region while the American President just wants more nukes. The theme is also quite generalized, not unlike the previous Wonder Woman picture trying to make a case for the goodness in man.

There’s unease in how the film’s climax boils down humanity into being inherently evil with what they desire. When given such power, the world unwittingly makes such egotistical demands as absurd wealth and death to others. The only way to stop such chaos is if Wonder Woman can somehow deliver a rousing speech to save the day. It feels very much like the inverse of The Dark Knight, where the finale relies on the individual choice to not create chaos. Such free will doesn’t feel as present in a story that’s more about embracing the truth more than anything else and not cheating your way through life. The well-intentioned message of such a film is delivered in such a stumbling method that some Ayn Rand radical is sure to tear this picture to shreds as though it’s an attack on individualism for stressing the public can’t be trusted without some form of control.

The simpler solution might be to pose bad wishes among good wishes as giving humanity a chance to make a tough call rather than easily give up their wishes because of instant regret. The problem with this idea, however, is that it equates good wishes with bad wishes and that they must be given up in mass. Sorry, AIDS victim who doesn’t want to die, but you need to renounce your wish of being cured because wishes are evil and everyone else is being an ass about it. Wouldn’t want to be greedy, would we? It’s just such a messy scene that tries as hard as it can to be broad and simple in its messaging to not stray down the path of more problematic leanings. It’s certainly the one moment in this action picture where you really will have to turn your brain off to appreciate the picture.

On a more simplistic level, the film does have its pleasing moments of thrills. Wonder Woman’s powers are further explored in how she can use her tiara to disable enemies and her magical lasso to rope the clouds, making flight seem possible. Her fight with Cheetah, though coming about more standard for the third act, does look neat with Barbara a full-on cheetah and Diana decked out in golden armor. And if there’s anything this movie has more than any other DCEU entry, Wonder Woman doesn’t kill and saves a lot of civilians. The Zack Snyder brooding can’t touch this picture, despite still being produced by him.

Tonally, Wonder Woman 1984 has a more classical appeal in how it approaches its superhero theatrics. But when it comes to approaching heftier themes of finding the good in the world, these are weights reduced to lukewarm generalizations. It’s too much to take on for a film that is so bloated it doesn’t even have time for a cameo by the original Wonder Woman, Lynda Carter, relegating her brief appearance to a mid-credit Easter egg. While avoiding much of the greater problems in previous DCEU movies, Wonder Woman still needs to find its way out of the thematic muck to be more than just a light bit of popcorn fun requiring one to divorce themselves from the more problematic elements of distrust and individualism.