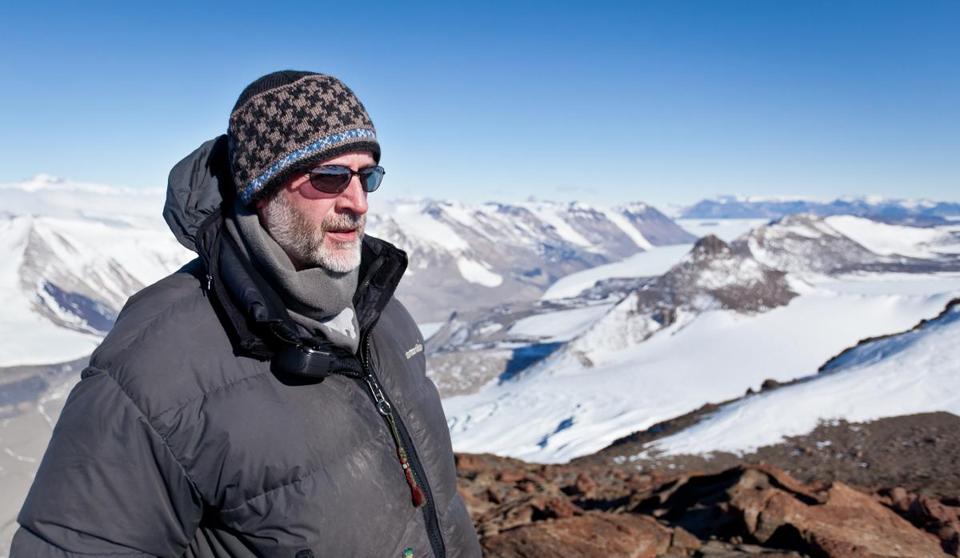 Though this year-long documentary on working in Antarctica is one filled with many dangers and bitter temperatures, it actually feels more like a travel brochure in how appealing it displays the tundra. The empty mountains of snowy silence, the cozy comradery of the staff and the amazing sights make for a spectacular journey around Earth’s coldest destination. It’s no cake walk for sure, but even with all its faults – and there are a large number of them – I’m still drawn to this different world. And considering I live in Minnesota where it already gets snowy and cold in the winter, that’s saying something.

Documentarian Anthony Powell spends an entire year working in the Ross Island region of the continent – home to the American and New Zealand research bases. The engineers and scientists that occupy these bases have a unique culture. When not stooped in their monotonous work, they find plenty of ways to blow off steam and have some fun. Be it an outdoor festival of drinks, an indoor match of video games or just a good book, there’s no shortage of entertainment for a cold-climate environment. There are film festivals between all the various bases as a creative means of keeping in contact. They have parties outside with freezing dips and live music. All of this makes the isolated nature of the base seem as though it’s the best place to work. Their recreation sure beats the heck out of a company party at Applebee’s.

But Anthony does more than just film the people of Antarctica considering he’s here for work – shooting footage to be used for BBC’s Frozen Planet. He travels to the most desolate of areas to setup equipment for photo and videos. There is complete quiet and silence – a serene atmosphere for one of nature’s grandest displays of snow and mountains. That being said, I’m glad that Anthony doesn’t hold anything back the way he mentions the pungent aroma of penguin feces that pollutes the area. You won’t hear about that in March of the Penguins.

Aside from the temperature forcing a more indoor lifestyle and isolation from the rest of the world, living and working in Antarctica doesn’t seem all that tough. That is until the large dark winter months of February to October. This is where the true test of devotion lies for accepting such working conditions. A good chunk of the staff ends up leaving as this winter doesn’t allow for any flights coming or going out of the region. The skies grows dark and black as temperatures drop and blizzards kick up a storm. The remainder of the workers who stay behind for this period mostly have one task: maintain the bases until the winter is over. And this is by no means easy. Just ask Anthony who ventures out to one of the small bases to unfreeze pipes while a storm barrels down on the walls.

And as if the colder than cold weather wasn’t bad enough, the constant darkness and indoor lifestyle can lead to T3 Syndrome. This conditions refers to when the T3 hormones of the brain divert to keep muscles warm during winter. This causes a bad case of the cabin fever with memory loss and mood swings. Routine actions that workers go through everyday start becoming new to them. A general store cashier notes that her usual customers start believing their first-timers to the shop. Thank goodness the workers still find plenty of fun indoor activities to shake off the dark winter blues and maintain some sanity.

But Anthony keeps a chipper spirit throughout all of this and it’s easy to understand why. The majestic nature he captures on film is more than worth the trip, from the northern lights to the shifting plains of ice. And getting to experience it all with a group of unique and entertaining individuals just makes the continent seem like a little slice of heaven. It’s certainly a land of hard-working individuals that have to sacrifice much. Being cut off from the rest of the world has got to be a little depressing as one man finds himself regretting not being there for the birth of a new family member. There are even some sad protocols as when workers cannot intervene with a seal lost from ocean – doomed to die on land. But the experience is unlike anything on Earth with real struggle and joy. In another life, I would’ve jumped at such an opportunity. As it stands, I’ll settle for Powell’s documentary which let’s us come along for the ride.