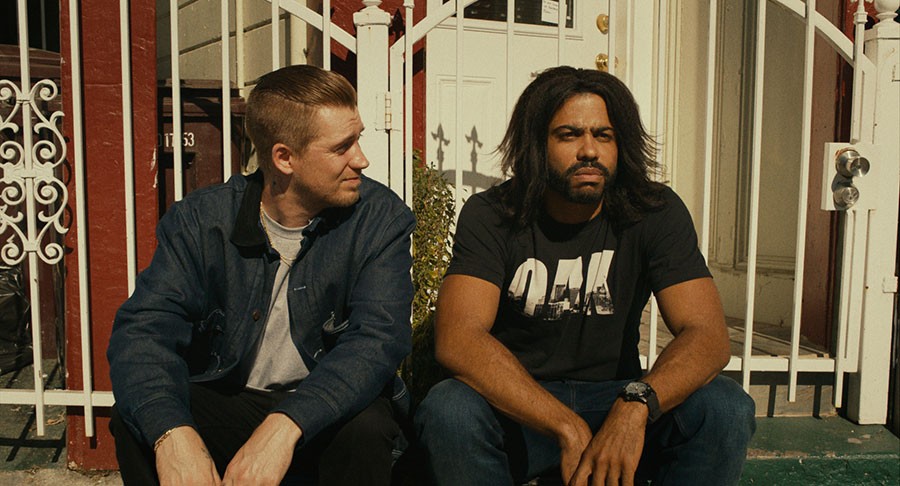 2018 was a fast and exhilarating year for film. Marvel Studios celebrated its 10th year anniversary of superhero films, setting new box office records for the trailblazing films of Black Panther and Avengers: Infinity War. Horror was given a massive shot in the arm with such brilliant doses of the terrifying (Hereditary), the surreal (Suspiria), and a good old-fashioned slasher throwback (Halloween). Even animated films have been rather stellar with many different mediums and genres. Now comes the toughest part of the year where I pick out the ten best and it wasn’t even. Even if this were a top 20 I’d still be finding it difficult to rank. But let’s give it a go because there are certainly many movies worth noting in this stellar year.

When Christopher McQuarrie directed the previous entry of Mission: Impossible – Rogue Nation, I found the series to be running out of gas. But
McQuarrie has reinvigorated the series with Fallout, presenting a picture that presents bigger stunts, bigger characters, and features enough twists of double-crossing and triple-crossing that even the most jaded of spy movie junkies will find themselves on the edge of their seats.

Nicolas Cage is at his finest in a film that is just as crazy and experimental as the actor can be. He plays a 1980s logger that has his girlfriend killed by a Satanic cult. What follows is a sublime and terrifying trip down a path of darkness filled with rich cinematography, a giant sword, and the iconic Cheddar Goblin.

8. Spider-Man: Into the Spider-Verse

Sony’s animated Spider-Man movie isn’t just the films of the year but the best animated as well. Miles Morales is the latest superhero to be bitten by a radioactive spider and must become Spider-Man to save New York City from the Kingpin’s evil scheme. He’s not alone as other quirky Spider-Man style characters come to his aid. While the film has a lot of fun with its knowing comic book nature, it also carries real pathos and exceptional character development. But if there’s one trait that jumps out the most the bold animation style that tries harder than any other superhero movie to replicate the look and feel of comic book illustrations.

Ethan Hawke gives one of the finest performances of his career as the pastor of a church who is struggling with faith. Further adding to his troublesome nature of conquering his alcoholism is the discovery of an environmental terrorists among his flock. The more he looks into it, the more he becomes terrified and disheartened that nothing is being done for the planet. Far more than just a case for environmentalism, First Reformed is an unsettling picture about faith and coming to terms with one’s own place in the world.

Blindspotting covers a lot of ground with its tale of race relations, gun violence, gentrification, and the fears and anxiety of violence on the street. Daveed Diggs plays convicted felon Collin who tries to keep his head low and his temper in check to finally be free but after witnessing a man murdered by the cops in the street and watching his friend go down a path of rage, he can’t keep quiet forever. While the film also has its sweeter moments, the drama is exquisite, especially for the unforgettable finale of a rant via rap.

Alfonso Cuarón was already one of my favorite directors for Children of Men and Gravity but he solidifies my opinion with ROMA being human masterpiece of his career. The film follows Spanish maid Cleo attending to a troubled Spanish family amid a revolution going on in the city streets. Shot in stark black-and-white with Cuarón’s trademark of brilliant shots, the film is a tragic wonder of coming to terms with misfortune and getting through the worst of times.

As strange as it may be to say, Paddington 2 is one of the most charming films of the year and remained so for a film that debuted in American theaters during January. The sequels finds the cute and well-meaning bear still living in London but now falsely accused of a robbery committed by a washed up actor played by Hugh Grant. It sounds like a fairly familiar caper but it brings out the smiles for its gorgeous design, hilariously gentle writing, and perhaps the best role of Hugh Grant’s career considering how he seems to be having more fun in this film than anyone else.

3. Sorry To Bother You

A scathing and surreal satire of American capitalism, Cassius starts off as a low-level telemarketer and moves his way up to management thanks to his White voice. Beyond that I can’t reveal too much if only to not spoil one of the most mind-blowing third-act twists of any film this year. It’s a smart, blunt, and wickedly savage picture on its darkly comedic targeting of commercialism and capitalism.

Alex Garland’s Annihilation continues to showcase that the director isn’t a one-trick-pony when it comes to hard science fiction. Natalie Portman, Jennifer Jason Leigh, Gina Rodriguez, Tessa Thompson, and Tuva Novotny are a team of experts assigned to entering a mysterious alien curtain and find out why it’s spreading. The madness they encounter inside is nightmarish and trippy, including the unforgettable scene of Portman confronting a replicating lifeform with the creepiest of formations. Seeing this in the theater was one of the most euphoric experiences I’ve ever had at the movies.

1. You Were Never Really Here

I’ve been describing You Were Never Really Here as though Lynne Ramsay were given the keys to Taken or Death Wish and make something meaningful. But even that doesn’t do her film justice for featuring Joaquin Phoenix as a violent hitman with a tragic past seeking a missing girl. Every kill means more than just a point on the scoreboard, every shot an amazing showcase of lighting, and every action scene shot with experimentation and dignity in nearly every aspect. It’s a film as thoughtful as it is violent, presenting so much that it shouldn’t be brushed off as just another action film. There’s more character and psychology packed within this film than just being another mindless exercise in how many bad guys that hero can shoot.