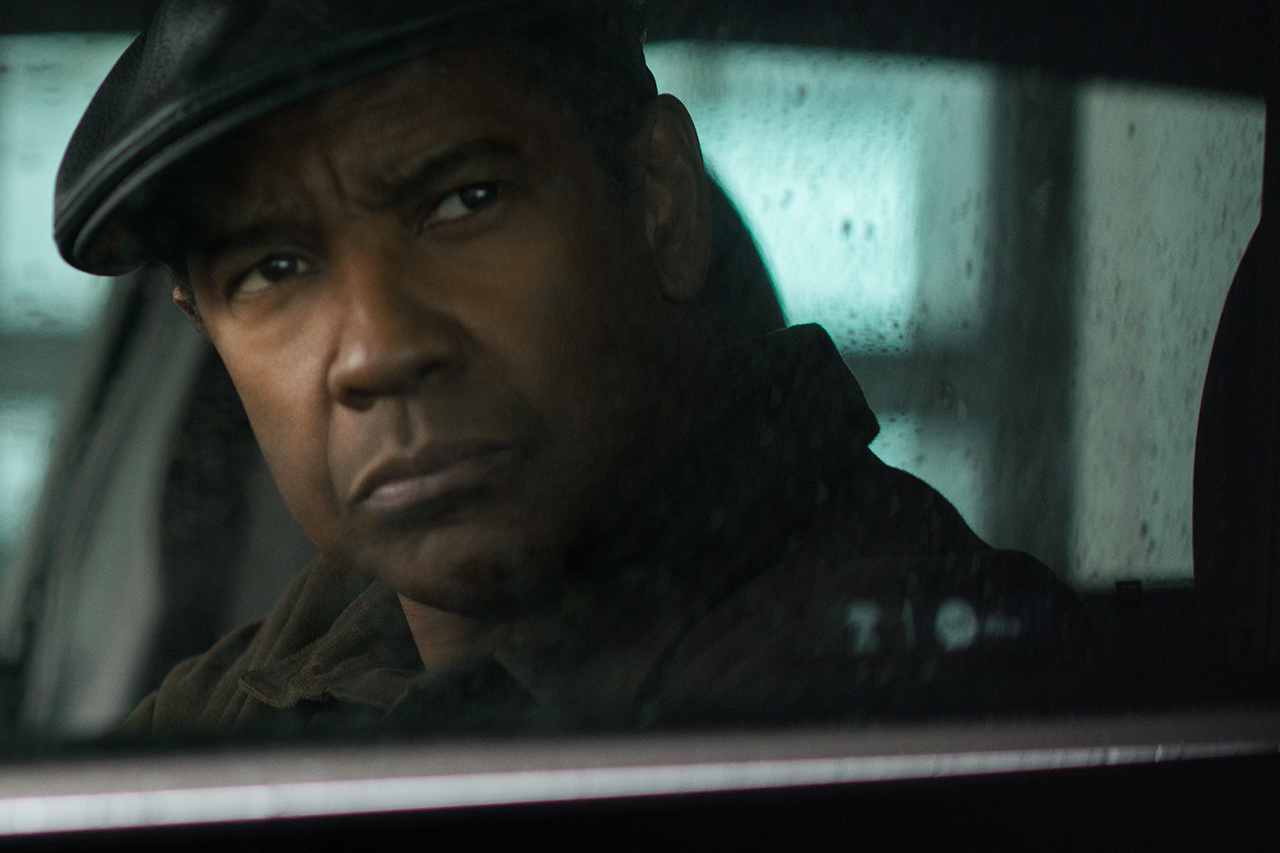 While it is fun to watch Denzel Washington lay waste to rooms full of assassins and pull off that ease of intimidation in his presence, he’s not exactly playing a character in Equalizer 2. He’s more like an action god that gazes down on the innocent and wicked, carefully choosing who to spare with gentle grace and who to execute with extreme prejudice. And while such a Superman story is held firm by Denzel’s strong performance, I wished his omnipotent powers were strong enough to cast aside a tired Jason Bourne ending for the film’s more engaging smaller skirmishes.

Denzel returns to the role of Robert McCall with more charm and focus than any deeper sense of character. Trying to lay low from his days as a government operative, he enjoys a balanced life of simple kindness and harsh revenge. In one scene he’s tracking down a kidnapped daughter on a train that ends in a vicious showdown; the next scene he’s driving a kindly old man in his taxi driver profession. There’s an ease with this characters likability and brutality that always generates a smile, be it generously clearing graffiti off the neighborhood apartment or snapping some fingers of some raping young punks. This would normally be a brief setup for an ex-assassin to quickly be brought back into the fold of a conspiracy, but the film surprisingly develops real arcs and spends time with the people in McCall’s life. He befriends a young artist (Ashton Sanders) that is in need of some guidance before he takes the path of gangs of guns. He goes along with an elderly man’s near-impossible mission of tracking down a lost family member with archival photos. He shares some soup with an old friend (Melissa Leo) with a chemistry that feels as though they’ve genuinely known each other for decades.

All of these numerous sub-arcs are so pleasant that I dreaded watching the rest of the film play out. There’s a series of murders taking place in Brussels, but the editing and Denzel try to hold off this tired CIA kill-list plot for as long as they can. And when that story finally hijacks the movie, it’s depressing to watch this film abandon nearly everything it had been working towards. A handful of those engaging sub-arcs will either be reduced to quick-resolves or peter out to make room for the action. Does director Antoine Fuqua not realize the plethora of material he has in the first act is more than enough for a complete story? The first half of the film does a far better job at establishing McCall’s motivations and morality than the violent finale which requires him to do little more than run and gun with an emotionless face.

While it saddens me to watch a retread of other one-man-army movies, I must admit the premise for the final fight is impressive. McCall leads the evil operatives to a town evacuated from a raging hurricane. It’s a great idea with some good staging, making great use of McCall’s ability to showcase his MacGuyver nature. Watch as he turns a wood workshop into a house of horrors and transforms a bakery into a giant bomb, leading to the goriest death in the whole film. While this is all very inventive staging, there’s a certain over-the-top element that takes a mere shred of grit away and turns a bit too giddy and goofy with gore. I was certainly got off guard when one unlucky assassin ends up with his guts tumbling out of his stomach, perplexed by its presence and nearly laughing at the audacity.

Though the script trips over itself into a mess of too many stories and characters to juggle, including an entirely wasted Bill Pullman, I can’t deny the Denzel factor that shoots this substandard story up a few pegs. Credit needs to be given to director Antoine Fuqua, who not only finds fun hero roles for Denzel but knows how to use him to the best of his abilities as well. I only wish he knew just a little bit more to realize that Denzel is far more intriguing to watch in his beating and threatening some rich twerps than his generic dialogue with bland CIA agents about how he’ll kill all of them. Still, there are plenty of exciting moments in between to be a decent audience pleaser, from melodramatic rants fit for a Tyler Perry production and an extremely intense car chase/duel that ended in my theater with thunderous applause. It’s just unfortunate that all of this brilliant staging leads up to little more than a fist fight with a CIA operative high atop a tower as a storm rages. It’s more impressive that we know Denzel is capable of such violence in his smaller scenes than seeing it unfold with overblown theatrics.