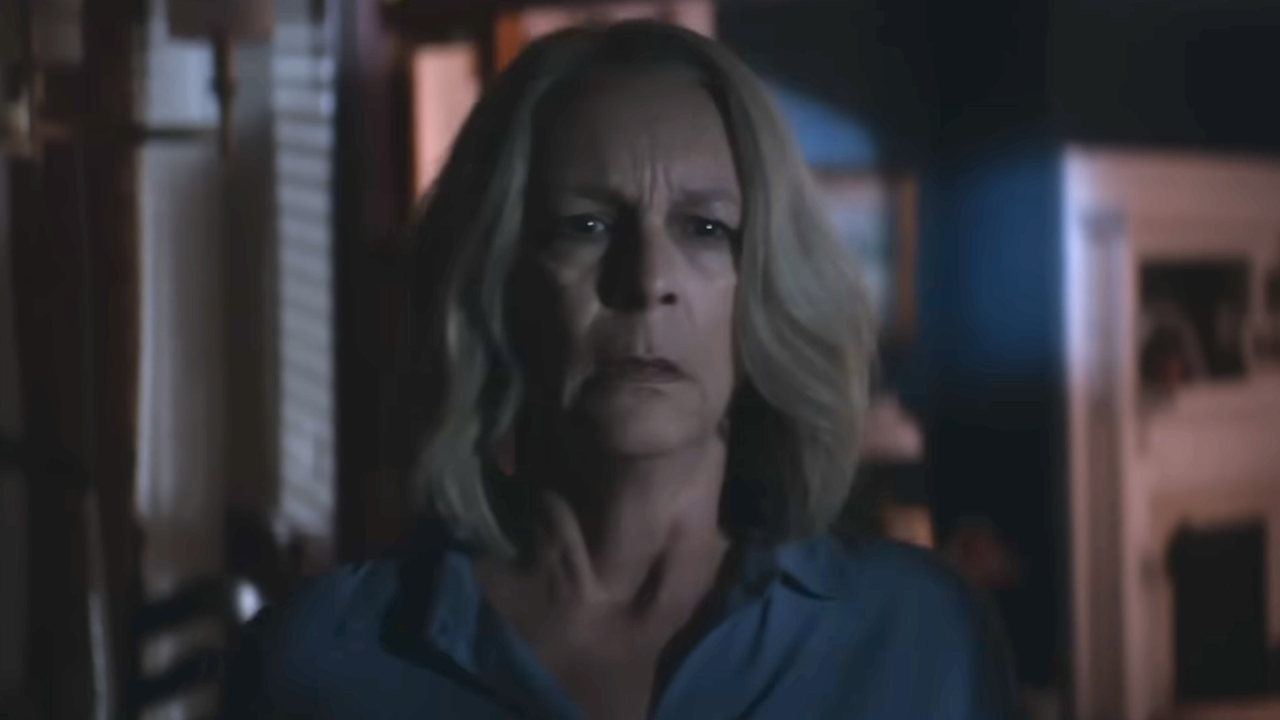 Last year’s Halloween Kills tapped into an aspect that feels refreshingly unique for slashers where the central killer is described as someone with a mental disorder. There’s a brief sobering moment when the mob mentality of equating mental disorders with murder turns the town into monsters. Despite some messy tonal shifts, there was something interesting there and my hope for the final film of this trilogy was that it wouldn’t just be Laurie Strode having her final showdown with Michael Meyers.

The good news is that Halloween Ends spends more time on this aspect of paranoia inspired by evil. The town attempts to recover after Michael Meyers killed a number of survivors and escaped into the night. His shadow looms and creates new monsters. One of them is the unfortunate teenager Corey (Rohan Campbell). He was bound for a good life until an accident during babysitting led to a death. Years later, he tries to move on while the town hasn’t.

Laurie Strode (Jamie Lee Curtis) feels that. The events of Halloween Kills still follow her despite her will to move on and enjoy life. She resorts to penning a memoir while she cares for her granddaughter Allyson (Andi Matichak) and maybe finds some romance. Having spent so much of her life in terror, she really gets into finding happiness. She tries to become the ultimate grandma who bakes pies and speaks passionately about how great sex can be, bluntly telling her granddaughter she’s gotta find a man who will ravage her tits hardcore. Laurie is a horny grammy and I’m here for it.

Meyers doesn’t show up until much later in the picture but becomes more interesting as a spirit that haunts the town. Most of the film is spent on Corey’s descent into madness for being framed as the new boogeyman of the town. Some of this works and some of it doesn’t. I think the film is at its best during its handful of moments that ask the harder questions without answers. Can evil really be defeated? Is redemption possible? Can trauma be overcome or lived with? Can there be peace with victims or will they become killers themselves?

These are fascinating questions that almost feel jarring when the film decides to go full-on slasher mode. The audience who came to this picture for some blood and guts will probably be a wee bit more satisfied with the second half of the film. Once the killing starts, it gets vicious and creative real quick. Faces are burned with welding torches, heads are crushed, and the most memorable kill involves a record player, a pair of scissors, and somebody’s tongue. These giddy moments are darkly amusing but also kinda clash with Halloween’s grander themes.

Sadly, there are so many scenes that fall flat. The film means well and tries to craft a compelling story of how the town creates its own Michael Meyers. But considering a rather powerful emotional scene is semi-ruined by the departing line being “I hope you find love,” it becomes clear this film has wild tonal shifts it can’t handle. It jumps from poignancy to punchline so quickly there was whiplash. In one shot, Laurie seems to be committing suicide. The next shot ends up revealing it was a trick for the killer! While these aspects are surprising, they also craft mixed messages and an untrustworthy nature with the narrative focus.

Halloween Ends tries to throw a whole lot of creativity at the wall and ends up being satisfying when it sometimes sticks. The best that can be said of this film is that it does dabble into the deeper end of themes that seemed to be big no-noes for the franchise. Once you see this film falter, you can kinda understand why but, damn, if it isn’t refreshing to see such a commercial horror film venture into that thematic and tonal minefield of slasher postmodernism.