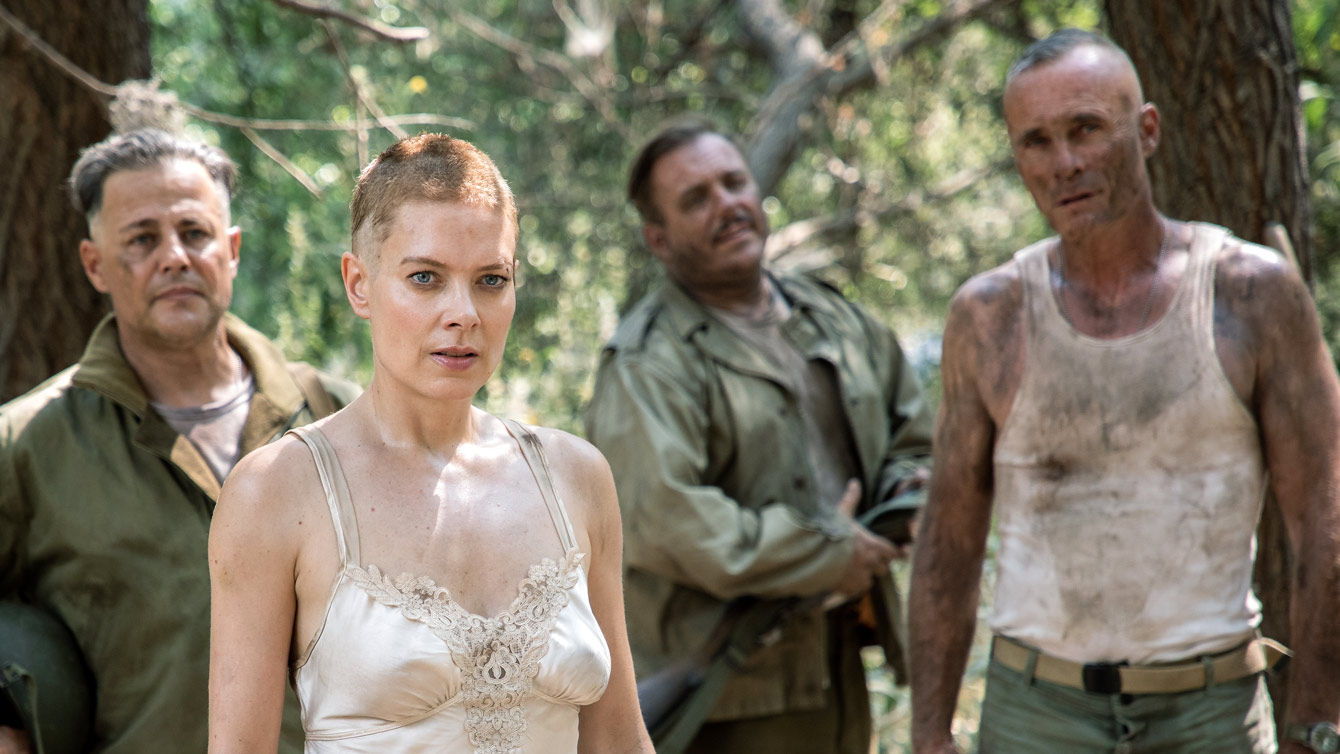 It helps that the film has a badass hero played by Nina Bergman. She plays Marie, a woman who is currently compromised and at the mercy of American soldiers. Her goal as a French revolutionary was to infiltrate the Nazis by coming onto a Nazi official for access to confiscated gold. Those plans go awry and more of her French allies end up dead. She is also discovered and tortured for her deception. This leads to her being rescued by American forces, humiliated in a nighty, shaved head, and swastika drawn on her forehead. She’s only rescued if she reveals where the gold is hidden.

The majority of the tale takes place in a graveyard where Marie specifies the gold has been hidden. She says she doesn’t know exactly which grave it was buried within and this gives her and her secret spies of the site some time to come up with a plan. Tensions mount and it isn’t long before guns blaze and feuds break out. The clock is also ticking as it’s only a matter of time before a whole Nazi army converges on their location.

The only area where the film fumbles a bit is in the climactic showdown. It’s a daring scene with lots of explosions, gunfire, and bloody stabbings but it also feels like bit much for this film to handle. The sound effects for this extended sequence, unfortunately, become a bit tiresome with the repetition. The sound design doesn’t exactly hinder the grit of this finale but it does highlight just how much of a budget this picture is on.

This is a film watching for the lead performance alone. Bergman’s vicious character looms over this picture with sexuality in her intimate betrayals, desperation in her quest to survive among the greedy, and anger when fighting for that survival. By the end of the picture, she’s a bloody mess who walks away from the flaming chaos behind her. It’s the perfect moment to bring up that obligatory epilogue text to remind you of the real-world relation. Where most films would favor some photos for a compare-and-contrast, this picture has the guts to just let the text rest over one bloodied and badass woman who walked out of a war.