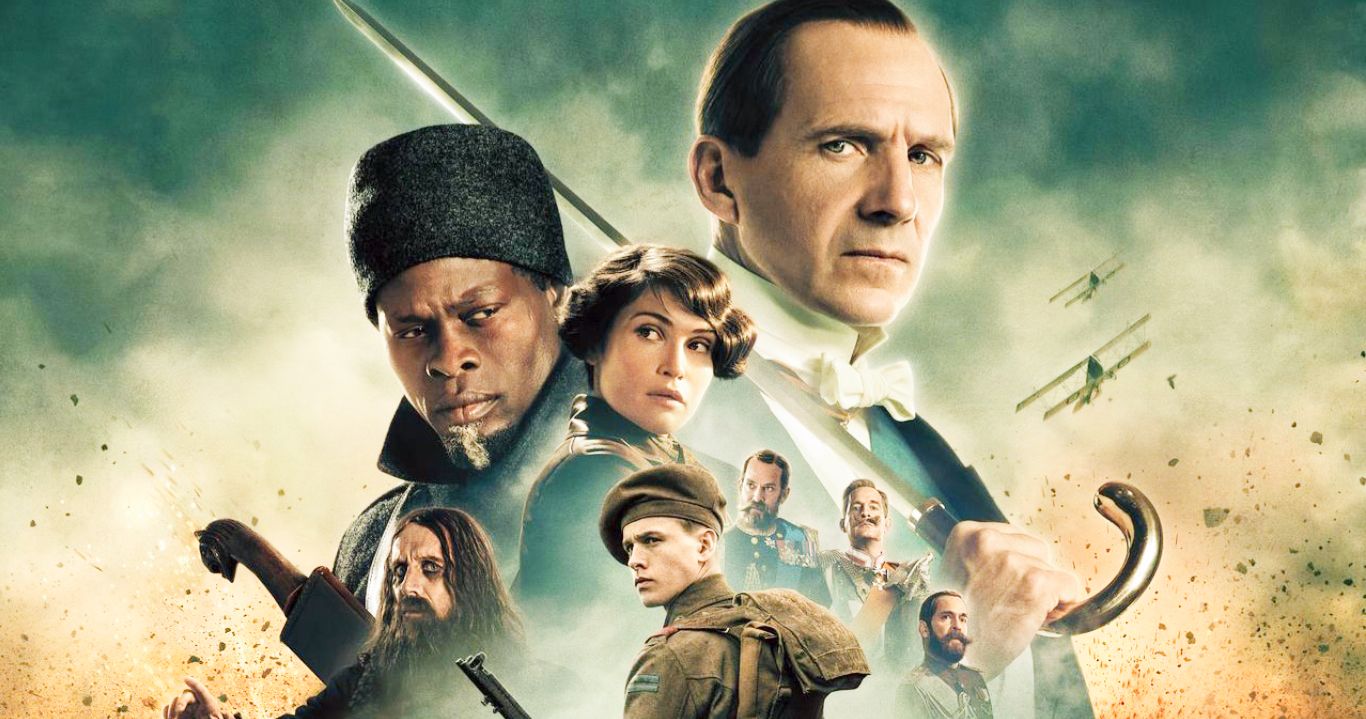 What a wild turnaround for a film series that felt as though it piqued with robot dogs, Elton John, and the most uncomfortable sex scene in a spy movie ever. The King’s Man fittingly has a different name because it feels like an incredibly different film from the other Kingsman movies. Here is a film that has all the classic hallmarks of an exciting spy picture with enough knowing camp to still be as fun as it is brutal.

Ralph Fiennes gives some gravitas to the picture by playing the role of Orlando Oxford. He’s a weathered man of the early 1900s who has seen his fair share of conflict. Since the death of his wife, he’s vowed to ensure that he’ll never have to kill again. Placing that same promise for his son Conrad (Harris Dickinson) may not be so easy. Conrad aims to prove himself in the upcoming World War, against the wishes of his father. Though Orlando tries to shield his son from the violence, he may only be making things worse as Conrad opts to go against the grain and do what he feels is right during chaotic times.

As for World War I, that whole event is being brought forth by a secret organization. A collective of noted historical figures conspires to make sure the UK will fall in this grand battle for territory. One of the key players is Rasputin, played with incredible power by Rhys Ifans. The team of nefarious villains all readies their plans for deception and execution, willing to take suicide pills should they fail.

Orlando, however, has his own secret network of butlers and maids that serve as cunning spies. With his trusty butler/warrior Shola (Djimon Hounsou) and firmly stern maid/sharpshooter Polly (Gemma Arterton), he’s able to amass his collective of spies to be an effective force in combatting World War I. Where the UK government fails, his team of undercover operatives comes through.

The only issue is that Orlando is trying to tread lightly with his involvement in such a war. His vow of pacifism is put to the ultimate test when confronted with making some risky choices. One of those risks is ambushing Rasputin at a dinner party. His meeting will find him going toe-to-toe with a Russian killer who performs knife ballet. If it weren’t weird enough that Rasputin openly talks about sex and shoves pastries in his face, Orlando does all his fighting without pants.

The King’s Man dashes between brutal bouts of war and tragedy as well as bombastic fight scenes. The aforementioned Rasputin fight is a lot of fun but war scenes taking place in the trenches are wickedly brutal and gutwrenching. The pathos doesn’t just feel like a standard ingredient to push Orlando forward in his founding of the Kingsman spy agency. The loss he experiences hits him hard, where the once calculated man finds himself a bearded drunk in a scarf, wallowing in his own mistakes.

Ralph Fiennes really does bring a lot of charm and class to this picture. It’s not just because he looks dapper in a bowler hat and suit. Damn, does he look good! But it’s also because we get a lot of different aspects of his character. He can easily go from being a concerned father to a bitter mess, rethinking his life and tactics at every turn. But, yes, he does look good in every outfit for every mood. Whether it’s a knit sweater to celebrate a birthday for his son or an upper-class fit for a dinner party, he’s just such a highlight.

Another highlight is how creative Matthew Vaughn gets with the direction. He doesn’t just settle for the standard set pieces we’ve come to associate with the Kingsman movies, where the camera zooms in and out wildly. I really dug the climactic fight of swords as the camera favors wide shots of duking it on a towering cliff and close shots seen from the perspective of the swords clanging against each other. There are so many exciting moments like these, including a daring scene where Fiennes nearly crashes a plane and scales a snowy cliff.

There’s an absurdness in King’s Man that thankfully stays more in the realm of Indiana Jones and less the mess of eccentricities that was Kingsman: The Golden Circle. It feels like a completely different film, holding little relation to the other films. The combination of great adventure and absurd tinkering of history makes this one heck is a fast and fun action picture.