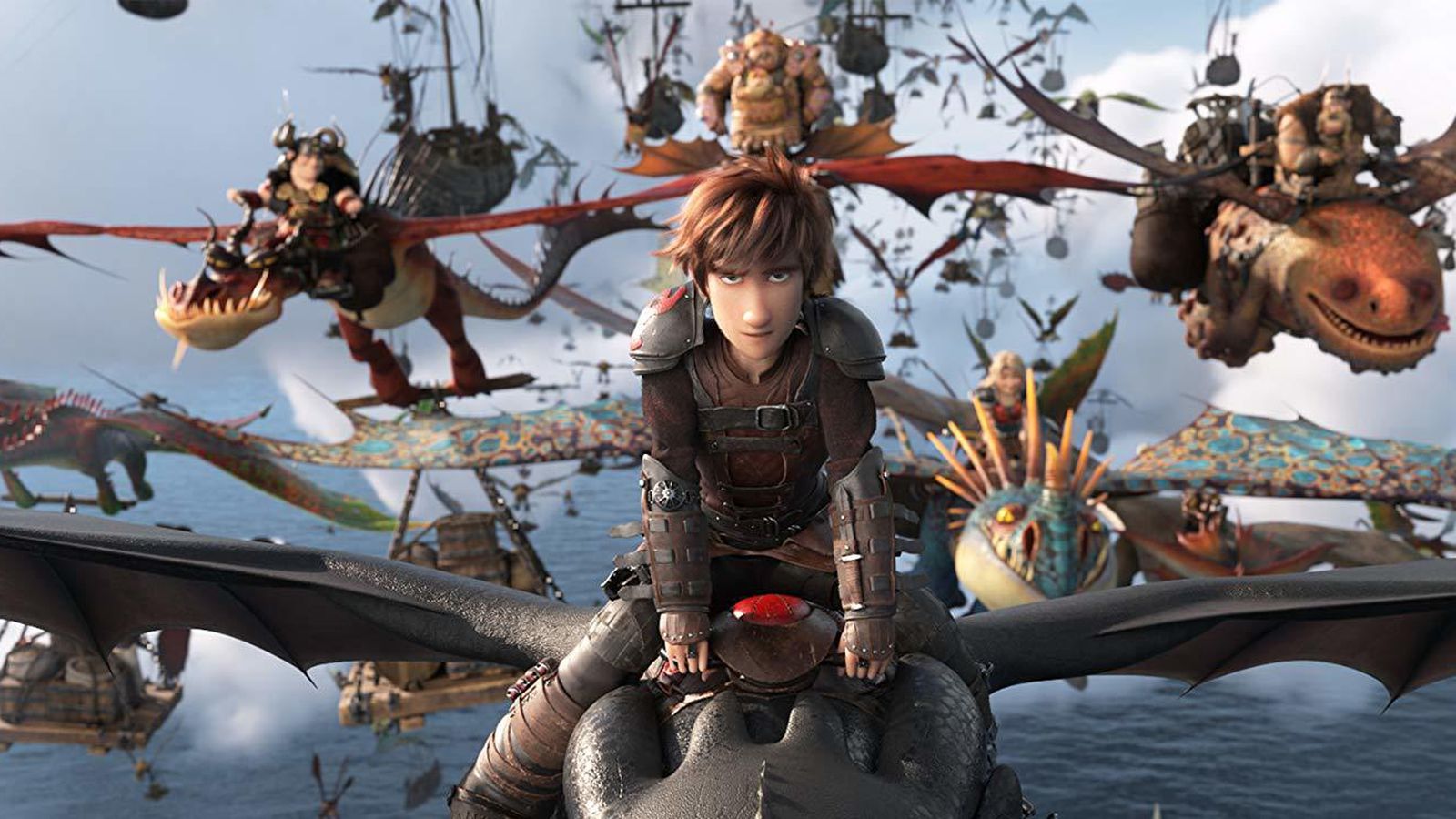 After nearly a decade, the saga of How To Train Your Dragon comes in for a landing with the third film to supposedly close out the trilogy. And so it’s time to say goodbye to the familiar characters of the meek-turned-leader Hiccup and the beast-turned-friend dragon Toothless. Oh, and you’ll also need to say goodbye to the likes of Astrid, Gobber, Snotlout, Fishlegs, Ruffnut, and Tuffnut. Oh, and also newcomers of Valka and Eret. so many characters to say goodbye to that in trying to bring a pleasing end to all their arcs, this third film seriously stumbles towards the finish line, shaking as many hands on its way out the door there’s hardly a moment to shed a departing tear.

There’s just too much going on and much of it comes off as reiterations of the previous film or busy work for the side characters. Consider the opening of the picture that finds Hiccup (Jay Baruchel) introducing his village of of Burke, once home to warrior Vikings and now a haven for taking in trapped dragons. Overburdened with the giant flying beasts, Hiccup realizes that as the new leader of Burke, he can’t keep doing the same thing. He’s no longer a nasal teenager but a man who is just about ready to grow out that Viking beard. And this means placing aside his infatuation with dragons for the well-being of his own people. An interesting dilemma but there’s simply too much else on his plate.

Thankfully, the villain he must stop isn’t anyone all that unique to study up on. He and his village must contend with the dragon hunter Grimmel (F. Murray Abraham), a bad guy so generic with his intentions of murdering dragons just for the heck of it. Even his involvement with a run-of-the-mill armada of a military seems more out of boredom than personal gain. It seemed as though he may have some bigger connection to Burke and Hiccup’s late father of Stoic (Gerard Butler) but this doesn’t seem to be the case, wasting a perfectly good chance for some flashback scenes repeating life lessons for Hiccups.

Let’s take a break from the story, however, and just appreciate the world for a moment. Similar to the last two films, I dig the world of Burke and dragons. In particular, the look of Hiccup seems to change drastically between pictures, as does the layout of Burke and their day-to-day routines. The fight scenes still pack some fun and clever moments for big scenes of ships exploding and dragons soaring. Though we once more hear of another secret dragon collective, about as thrilling as the doubling of the less-interesting dragon trappers, it’s a colorful lair of wondrous lighting, effects, and creatures.

As for Toothless, his cute nature is wearing thin by saddling him with a plot of a white, female Night Fury dragon appearing in the wild. This naturally leads to Toothless’s silly means of trying to woo a girl that goes on far too long in scenes where only so many goofy faces and cat behavior can make him hilarious. He’s a bit torn between running off with this Night Fury and staying with Hiccup, while Hiccup starts to feel the burn of a parent struggling to let go of his kids. Meanwhile, Hiccup’s mother of Valka is currently being courted in a love triangle that goes nowhere, the people of Burke need to move for their safety, Tuffnut tries to grow a beard, and Ruffnut struggles to stand out for a scene where she annoys the villains in her constant battle.

It’s unfortunate that the film comes off as overly busy since we have very little room to breathe and feel that same epic nature and bid a bittersweet farewell. By the time the climax arrives aiming for the tears, they’re not there in the film’s mad-dash to wrap up what seems like an entire season worth of stories under two hours. And while I still feel that this saga is one of DreamWorks’ strongest of franchises, second only to Kung Fu Panda, the grace and charm grows long in the tooth as it stretches familiar construction amid what should be a bold and vivacious send-off.