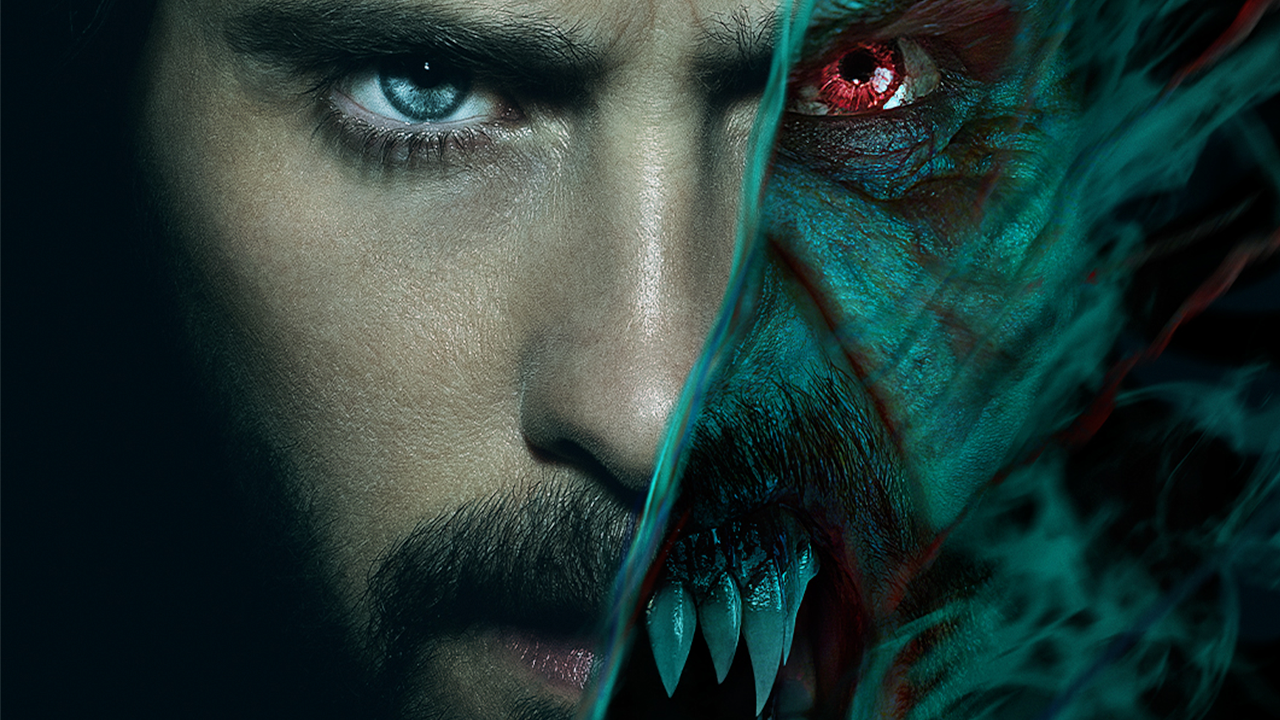 The trailers for Morbius revealed a scene where the titular anti-hero beats up a bad guy and is asked who he is. Morbius responds “I…am…Venom” and then snarls with his teeth before smirking and saying he was joking, revealing himself to be Doctor Michael Morbius “at your service.” The Venom line remains in the film but without the smirk or punchline. While the joke isn’t great, its absence does speak to how pretentious and devoid of humanity such a Marvel movie can be.

It’s not that Sony couldn’t have made a vampire monster movie work within their fast-and-loose cinematic universe with kinda-sorta relations to the Marvel Cinematic Universe. It certainly has all the right elements to be just that. Michael Morbius (Jared Leto) is established as a doctor who has grown up with a blood disease. Though it has impaired his ability to walk and function without constant care, he uses his smarts to make great advancements in the science of blood. He’s devoted himself to not only finding a cure for others but his childhood friend Milo (Matt Smith) with a similar disease.

Morbius’s experiments progressed to creating artificial blood that saves lives but it’s not enough. He believes a cure may lie in using bat DNA to create a blood transfusion that can cure his disease. Test trials on mice seem to work but Morbius’s self-experiment turns out a different result. Not only is he cured but he’s now able-bodied and buff. He can move fast, punch hard, and scale walls with ease. And he’s also got a craving for human blood.

Sounds exciting, right? If only Morbius would agree. One would think that someone who spent his entire life being bound by crutches as a scrawny dude would be bursting with emotion at being able to not only walk but soar through the skies. Yet Morbius seems coldly analytical about this development, choosing instead to use his powers more sparingly. Had this been a better monster movie leaning into the horror angle, that mindset would be acceptable. Sadly, Morbius keeps trying to force the superhero formula and creates a character who feels more dull than deep.

Fulfilling the superhero origin tropes are the usual round of familiar character types. Matt Smith’s Milo character has the same disease and gains the same powers. Smith is at least more fun to watch as the recluse who truly hated being immobile and grows greedy and passionate when finally being able to strike back on society. Of course, we’re supposed to view him as the villain for Morbius to defeat but it’s kinda hard not to side with him as he has more charisma and does more with his powers besides coldly analytical experiments.

We’ve also got Adria Arjona as Morbius’s lab assistant and lover. However, because this film seems more concerned with the science and mechanics of vampirism than anything else, the love-interest angle feels very artificial. There’s also Morbius’s father (Jared Harris) who is meant to be more of a father figure for Milo as a caring scientist. He does little to be the voice of reason and mostly stays out of the central plot unless some pathos is required to push Morbius down the anti-hero route. Even less engaging with the story are the two pursuing police detectives played by Al Madrigal and Tyrese Gibson. They offer little comic relief and mostly just stand around giving exposition.

There isn’t much of anything in Morbius that really sticks out as remarkable. There’s this constant reminder of better films present in the many lukewarm scenes that try and fail to look impressive. There’s a scene where Morbius embraces a swarm of bats and all I could think of was how much more impactful this same scene felt in Batman Begins. There’s a scene where Morbius and Milo both become a CGI blur of fast-paced fighting characters and I’m reminded of a host of other films that tried this same bland effect that still isn’t exciting. There’s a scene where Morbius is on the lam with Martine trying to figure out his powers and my mind started drawing to how such a down moment was more compelling in Robocop. It may not seem fair to compare the film in this way but so little of this picture feels as though it’s trying to be its own thing.

Morbius is drained of all life by tired performances and an even more tiring script that feels like an early-2000s Marvel picture. Even the Marvel Cinematic Universe tie-in is a boring shrug of a mid-credit scene. When even that feels dull, this movie is one of the hardest strike-outs of a comic book movie for never being a horror movie or superhero story, mixing them both into a flavorless smear of action.

One thought on ““Morbius” Review”