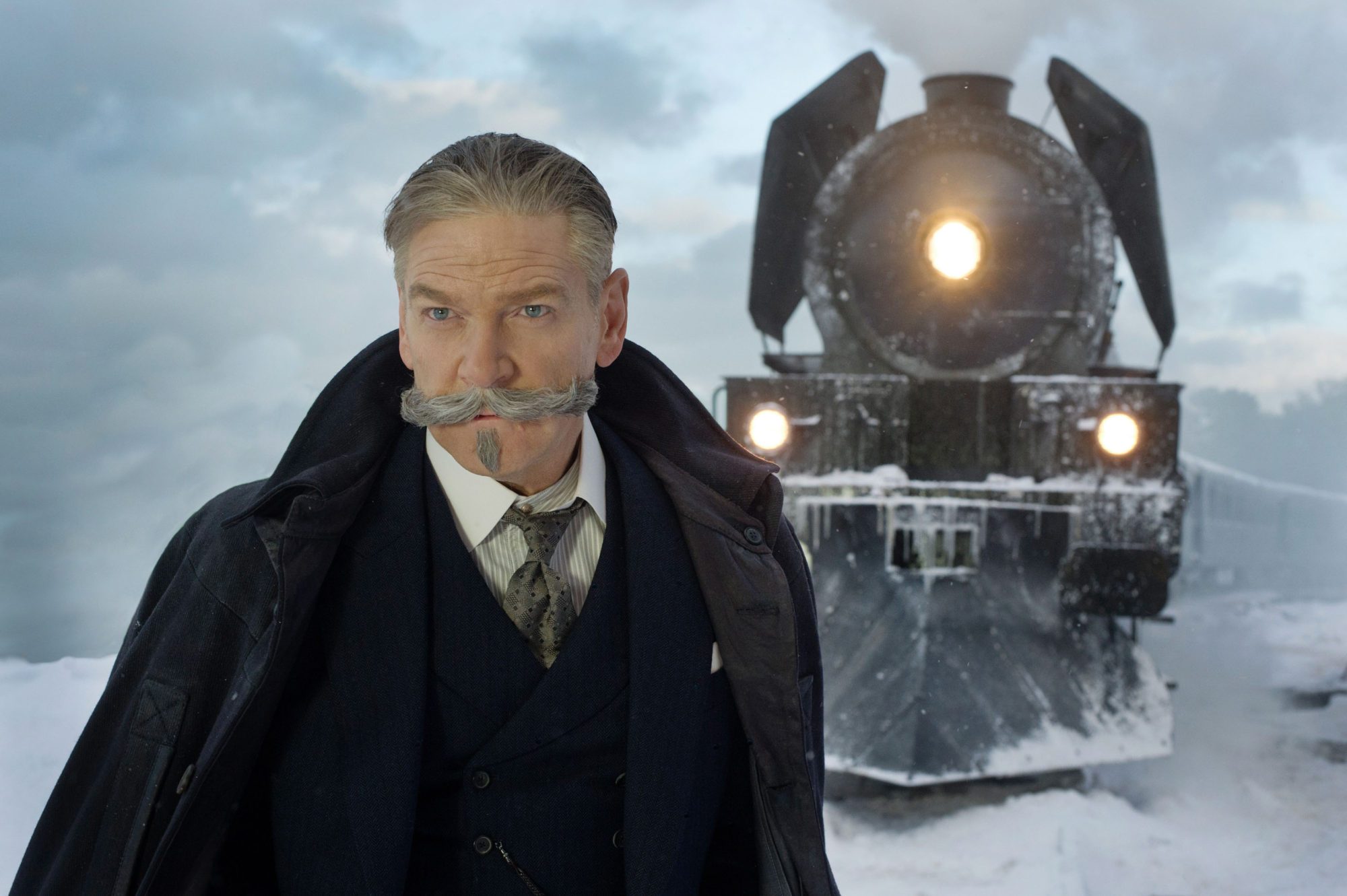 Kenneth Branagh loves both literature and actors, making him a safe choice to direct the latest theatrical adaptation of Agatha Christie’s classic novel. Almost too perfect. Branagh brings much of what we love and have come to expect from the director/actor. He stages Murder on the Orient Express with plenty beautiful cinematography, A-list actors, brilliant staging and subtle performances. He seems so in love with this mystery that he forgets to give it a boost of character, something that all good mysteries need if they don’t want to get lost in the shuffle of countless entries of the genre. Murder on the Orient Express is less like a modern remake of the classic tale and more of a snoozy stage play on its last week.

Branagh, in his typically dominating fashion of his productions, steps into the shoes of the famed detective Hercule Poirot. He’s a quirky fellow who has a certain perspective for the world, refusing eggs, not of equal size and opting to place both his shoes in manure if one has already stepped into the mess. After solving yet another case with ease, he confesses to a policeman that he is frustrated and dismayed by an imperfect world. I only wish I saw more of this anguish, as Poirot mostly keeps to himself and doesn’t exude much any character. That’s fine for a minor character, but this is our unique detective who has come to crack a case. A silent and somber approach feels a little ill-suited for a man with a funny mustache.

Poirot is hoping for some peace and quiet on the journey to his destination aboard the Orient Express. No luck. A nervous art dealer, Ratchett (Johnny Depp), pulls the detective aside and asks for some protection from people he has duped. That’s not Poirot’s problem. It’s his case, however, when the train is derailed and Ratchett is discovered dead in his cabin. Who could be behind such a killing? There are plenty of suspects aboard the train and Poirot will have to question all of them.

And for the rest of the film, we’re stuck with Poirot. We know as much as he knows about the rest of the passengers which isn’t much. We also only see as much of the passengers as Poirot does from a distance, the camera rarely engaging them so we can read them past a few simple actions and close-up shots. Sure, this type of staging helps keep the characters mysterious, but why waste the talents of Willem Dafoe, Judi Dench, Josh Gad, Penelope Cruz and Daisy Ridley for singular scenes of them being mostly static and aloof? It’s a bit surprising that Branagh, an actor’s director, would lock such talent up in tiny boxes under the guise of being refined and apt to the source material.

Where the film works best is in its staging. Branagh plays around with a lot of different shots and styles to make the mystery a little more gorgeous and clever. Suspects are seen in the dining car behind layers of glass that distort their appearances. The discovery of the murder is seen entirely in an overhead shot where we loom over the shoulders of Poirot and the passengers. And for as ridiculously staged as Poirot’s delivery of a conclusion sounds, the shots of him behind a train and the suspects sitting before him at the entrance to a tunnel is a beautiful scene.

Still, not all of Branagh’s experimenting yields the best results. Most of the shots are wide or long ones, shot from a distance to take in the vastness of a Middle East town or a snowy bridge. They look nice, but most of these are scenes where we’re listening and watching characters, unable to see their expressions from the terrible seats in the background. These shots stirred up thoughts of Monty Python’s Life of Brian in a scene where Poirot solves an early crime amid a large crowd. Did the people in the back really hear his findings as well as we do? Who did he say committed the crime? The cheesemakers?

After so many murder mysterious littering the BBC and PBS drama lineup for decades, they all start to run a familiar pattern and I started to see which ones were most entertaining. It wasn’t the ones with the biggest twists or the most elaborate of murder schemes, but the ones where the characters and the atmosphere wrapped me into the world of tracking clues and reading intentions. Kenneth Branagh, however, seems to have such a tremendous respect for this novel that he neglects to put a bolder touch on the tale, choosing instead to remain more faithful to the text than the entertainment of a film. While he certainly adds some beauty and subtlety, Murder on the Orient Express could have used a bit more excitement for a train derailed by an avalanche and a murder most foul.