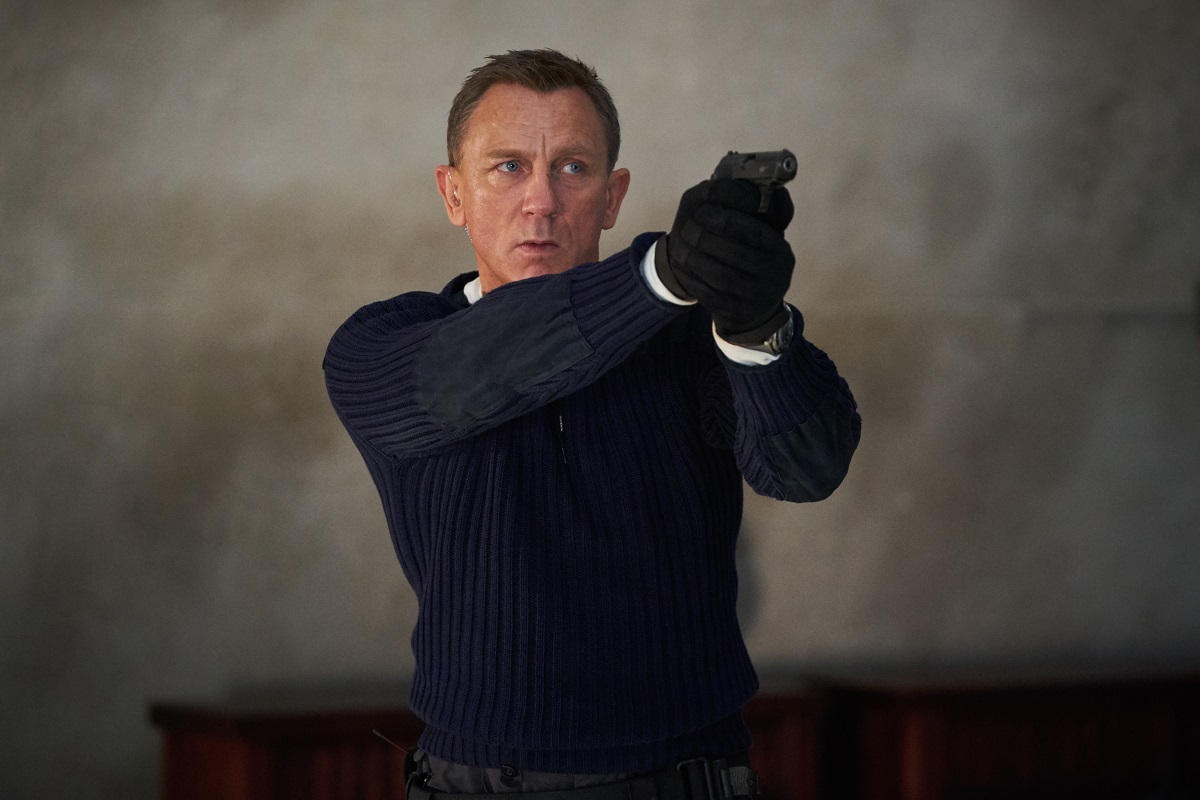 The James Bond character has gone through quite a few changes during the Daniel Craig era. It would have to. You can’t keep churning out a franchise for 25 films over the course of decades by just doing the same old thing. With this final film, No Time To Die, Craig’s legacy is sure to go down as the James Bond that took risks. The long-running spy was locked into a saga where there were consequences that led into each sequel. Those consequences pay off quite well in this fitting conclusion to a Bond era that feels more like a finale than a petering out of another actor for the role.

There’s a lot weighing on Bond’s mind as No Time To Die opens. He still hasn’t forgotten Vesper Lynd from Casino Royale, thinking back on the love he has lost and the mistakes he has made. It’s a pattern he takes note of when trying to vacation with Madeleine Swann (Léa Seydoux) from the previous movie. Despite having succeeded in kidnapping Spectre’s leader, Blofeld (Christoph Waltz), Spectre assassins still venture after him. After yet another rousing chase and battle of bullets and explosions, everything starts to click: Bond needs to get away from this life if he ever wants to live.

Yes, this is a James Bond film where he no longer wishes to be 007. And, really, that’s an understandable route. We’ve been following this particular character for 15 years. His missions still haunt him. He’s starting to notice the patterns. He realizes he can’t do this forever. Bond’s career will end. He’s not Doctor Who in that he will merely shed his skin for the next generation. Part of giving Bond more of a serialized edge is that it will eventually lead to an endpoint.

The good news is that a lot of classic Bond-isms are still present and powerful, more so than the shrug that was the previous film, Spectre. Bond still gets to drive an indestructible cool car that comes equipped with miniguns for mowing down an onslaught of assassins. He still gets to make daring escapes from sinking ships and secret bases of gun-toting henchmen. There’s even the classic climax of infiltrating an island base to save the world.

The villain present is more interesting for the vagueness than the reveal. At first, we’re led to believe that Spectre is trying to develop bioweapons. We soon learn, however, that there’s another villain seeking to clear out Spectre and take their weapons. The weapons also happen to have some relation to MI6, which the stuffy M (Ralph Fiennes) refuses to reveal to Bond or much of anyone. And then there’s Bond caught up in the mystery of trying to piece it all together, despite being out of the game.

It’s a bit sad that once Bond and company follow the clues, they’re led to the eco-terrorist of Lyutsifer Safin (Rami Malek). He feels very generic as a soft-spoken man with a damaged face. Safin appears to have a bit of a Japanese theme with his favoring of masks and kimonos but the overall aesthetic and plans are just dull. Perhaps this final Bond villain was intended to seem more believable but how believable can he get when he’s spouting familiar and tired monologues about humanity going too far? There’s nothing all that unique to Safin that Bond’s insult of him being just one of many in a long line of men who think they’re Gods is more depressing than insulting.

Thankfully, there’s a better cage-ratting elsewhere in the picture. MI6, realizing Bond has retired, has a new agent step into the role of 007. Agent Nomi (Lashana Lynch) now holds this title and she naturally has some bitterness towards the former agent when he steps back into the spotlight. They have a dry feuding over their status as agents but their differences resolve soon enough when they both come to the realization that 007 is just a number and not a mark of character or power.

Another brief yet exciting addition is that of Ana de Armas as the CIA agent Paloma. Dressed in a revealing outfit, she not only aids Bond in infiltration but also gets into the action of laying waste to a hive of Spectre agents. She is dressed in a manner to be a Bond girl but spends far more time focused on her missions than flirting with the spy. There’s even a moment where one would think the two of them would engage in classic Bond bedroom relations but that tired aspect is subverted for establishing a working relationship.

After all, there’s no time for Bond girls when his heart clearly still belongs to Madeleine Swann. The two grow to love each other and face a bitter split for the good of their safety, forcing themselves into protecting each other from a distance. Bond also has a lot more stake in Madeleine than just keeping her alive, as one of the film’s many twists reveals.

There’s a whole of modernization going on in this Bond entry and plenty of risks taken as well. That being said, it does get to a point of plateauing with its surprises. The plot is already a tangled web of reveals, double-crosses, and triple-crosses that it more or less feels like the twists come telegraphed. I dare not reveal them here but I’m willing to bet the more keen observers will be able to piece them together as they come. Even such reveals as a same-sex relationship with one of the MI6 members feels rather par for the course as a brief mention.

So where does No Time To Die fall on the Daniel Craig ranking of Bond movies? Well, it’s a far superior picture to the dud of Spectre but not quite as intense or surprising as Skyfall. It falls somewhere in the middle for being a pleasing Bond film that is unfortunately mired by some underwhelming twists that more meanders than builds. As a whole, however, the Daniel Craig series of films have been one of the strongest James Bond arcs for featuring, well, an arc at all. This James Bond deconstruction ensures that there’s still a place for Ian Flemming’s classic spy and not, as M once referred to him as, “a dinosaur of the Cold War.” James Bond can be more than just a series of fancy tech and women and this era ensured that there’s more to explore than that.

One thought on ““No Time To Die” Review”